“Talking Sailing” From My Archives. Rio ‘71 – The Beginning and the End! 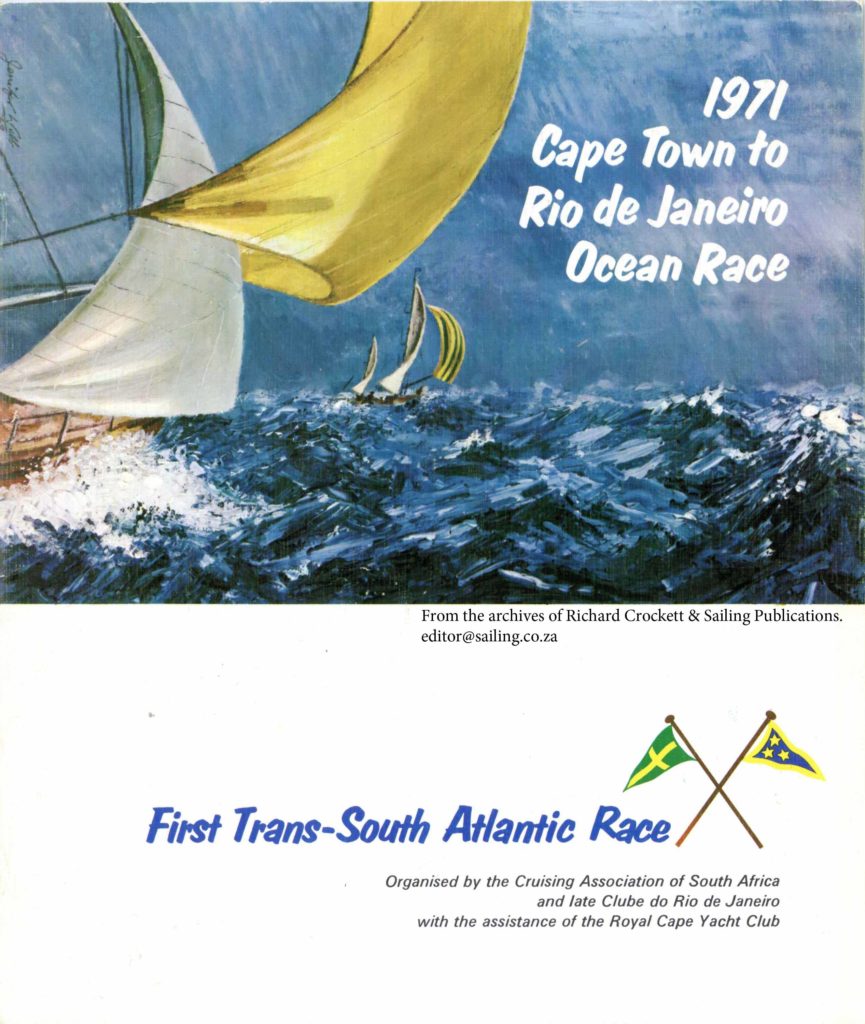 This document was the formal beginning of the ’71 South Atlantic Race to Rio.

Having made the decision many months ago that I would give saturation coverage to the 1971 Cape to Rio race due to the vast amount of historical material I have, the decision was simply “how to start”? Plus, on 16 January 2021, the ‘71 Rio Race celebrates its 50th anniversary – so what better way to kick off the historical coverage of this historic race.

So now I am going to be different as I will cover the beginning of the race and the end, and leave the “middle” bits for regular updates as we draw closer to the start date.

I did, some weeks AGO, cover the arrival home of Bruce Dalling and Voortrekker from the 1968 OSTAR race, and the seeds of an idea to host a South Atlantic Race by Admiral Biermann in a speech he made that day, so how the South Atlantic race came about is covered there. (READ IT HERE: http://sailing.co.za/talking-sailing-from-my-archives-the-birth-of-the-rio-race/)

I have also covered the fine victory of Albatros II (READ IT HERE: http://sailing.co.za/albatros-ii-winner-of-the-very-first-cape-to-rio-race/), and other bits and pieces at whim over the past year or more.

To me the beginning of the race was the publication of what were really the “Conditions & Eligibility” requirements for that 1971 race. It was a handsome document filled with good and useful information, and showing it was organised by the Cruising Association of South Africa (CASA) and Iate Clube do Rio de Janeiro with the assistance of the Royal Cape Yacht Club.

I suppose this was really the modern-day “Notice of Race”.

It contained info on the trophies on offer, and even a photo of the beautiful South Atlantic Trophy. A chart of the South Atlantic showing weather conditions and sailing ship routes for January and February was also included, plus loads more. It’s a wonderfully informative read – so take the time and read it from cover to cover.

I personally do like item 31 in the “Conditions & Eligibility” section which reads as follows:
31 Seaworthiness & Safety. These conditions specify only the minimum requirements and the owner is responsible for the yacht being fully sound, thoroughly seaworthy and being sailed with proper precaution. The skipper must anticipate spending about 30 days at sea with the possibility of not being able to obtain assistance.
He must satisfy himself on the soundness of hull, caulking, mast, spars, standing and running gear, heavy-weather sails, etc. He should make sure that glass in portholes and all deck openings can be protected easily and secured if broken. Any opening in the planking should be accessible and suitable means should be available to seal it off, if necessary. The propeller shaft must be properly secured so that it cannot withdraw. 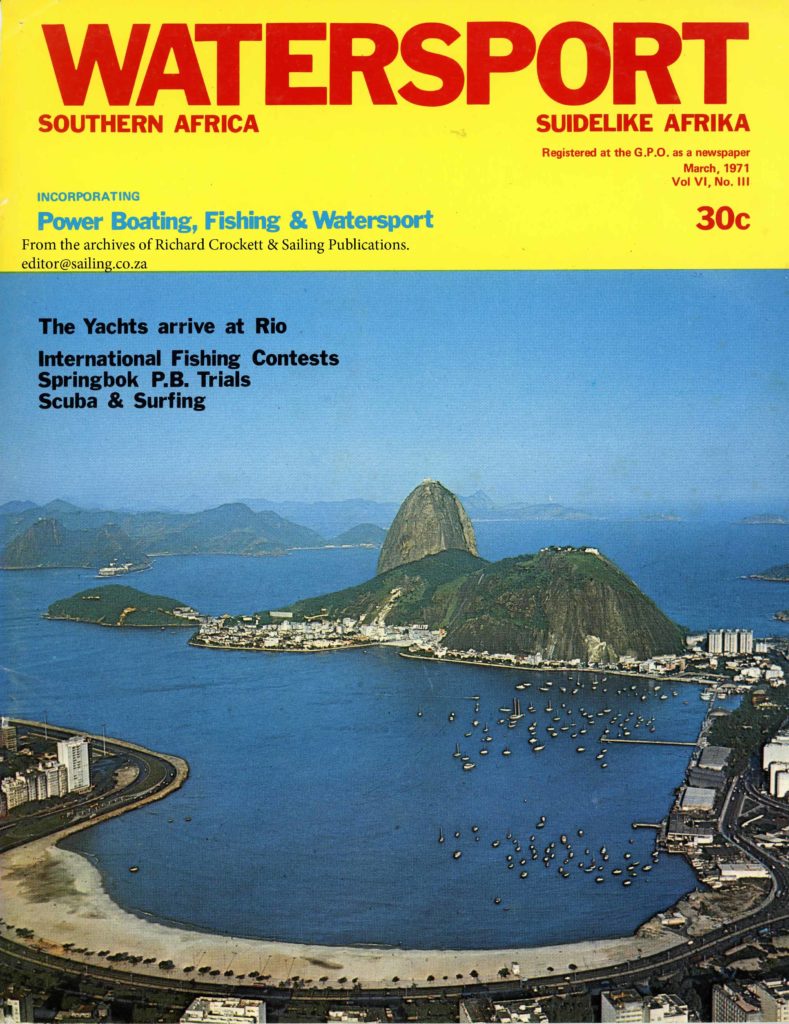 Detailed full coverage of the ’71 Rio Race finish and life in general in Rio.

The end is in fact an article written for “Watersport Southern Africa” magazine by its Editor, Ted Cautley. I met Ted many years after he had written this, and an interesting and knowledgeable man on powerboat issues he was. So why he wrote this piece still intrigues me! I do think that he was simply one of the many people who was swept up in Rio ‘71 fever!

I use this article because he covers the finish in Rio from his arrival until after the prize giving – quite a lengthy stay – and includes quirky and interesting details which a yachting mag probably would not have space for, and also probably not find interesting! But for the man in the street….

It’s a lengthy piece, and also well worth reading.