“Talking Sailing” From My Archives. Laser Doings in 1975 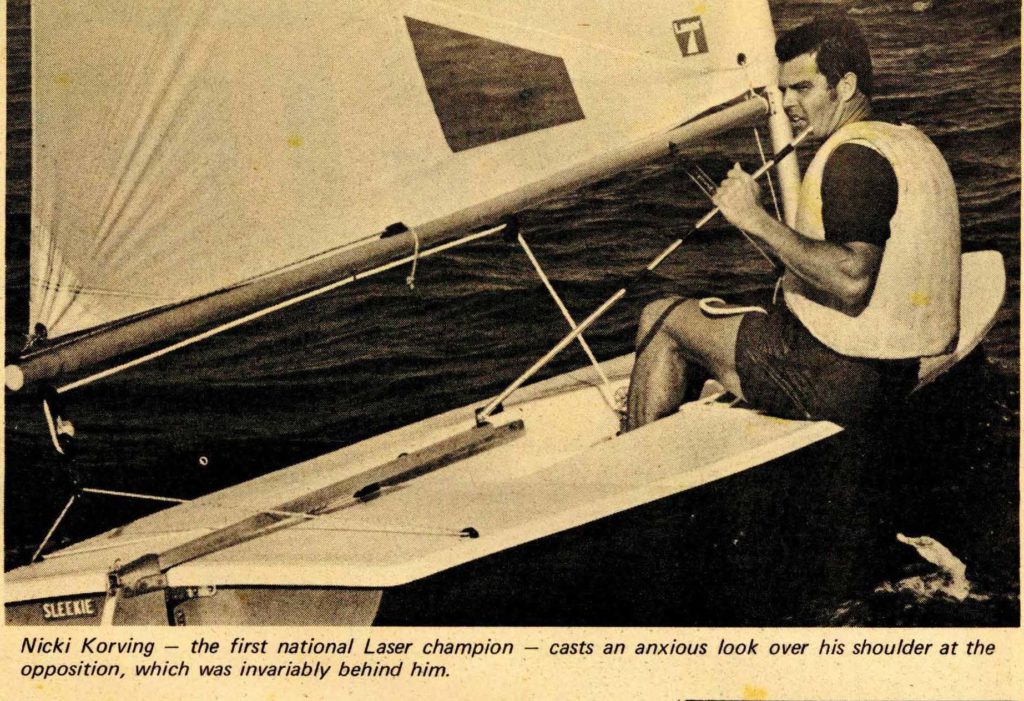 Still in the building phase, the Laser continues to grow at a pretty rapid pace, with the class competing in an ever increasing number of regattas.

The first Natal Laser Champs were held offshore of Durban, with the Yachtsman RSA report headline reading “No Contest for Lasers” as only two of the stipulated three races were completed, with the third race being abandoned on the final beat!

Following the above, the Laser Nationals were sailed offshore of Durban in early July. This event also incorporated the re-sailed Natal Laser Champs. Nicky Korving won both after five races, with three firsts and two seconds.

The report in Yachtsman RSA magazine gave the full results, which read very much like a “who’s Who” of sailing.

In September the Western Province Champs were sailed at Zeekoe Vlei, with a 27 boat fleet. It’s interesting to note the editorial reference to the “wrap-around reefing technique” due to the boisterous conditions. The winner was John Dommett. 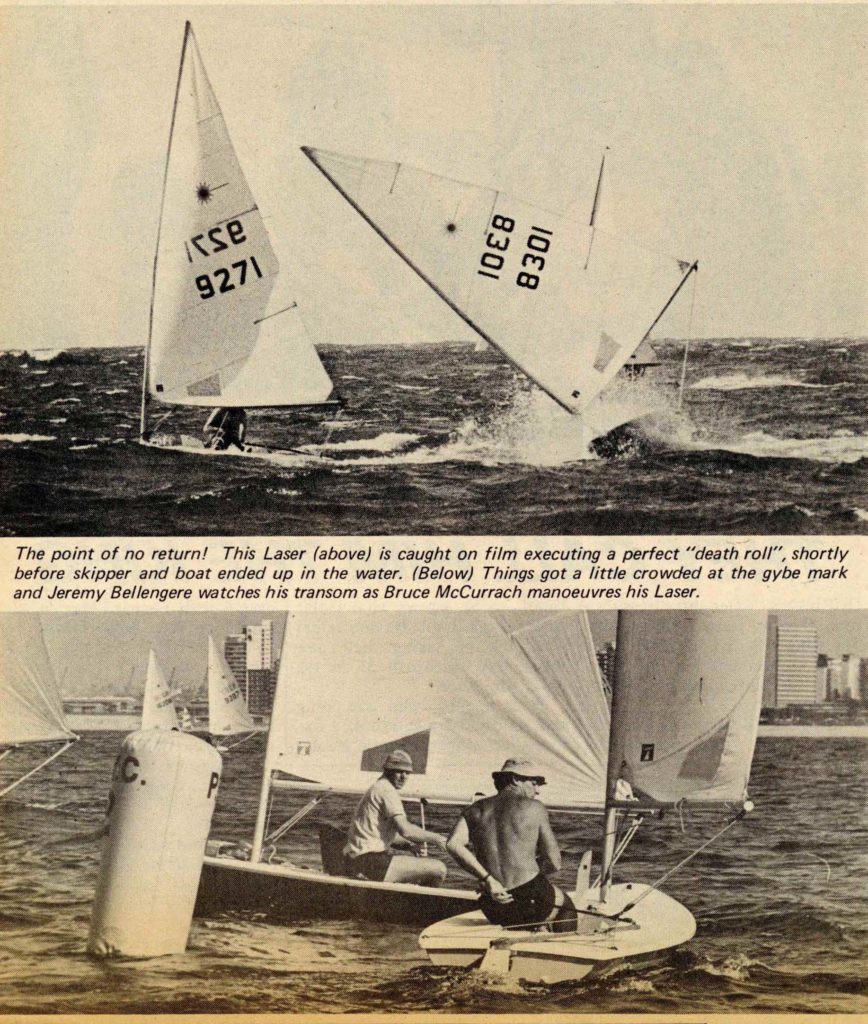