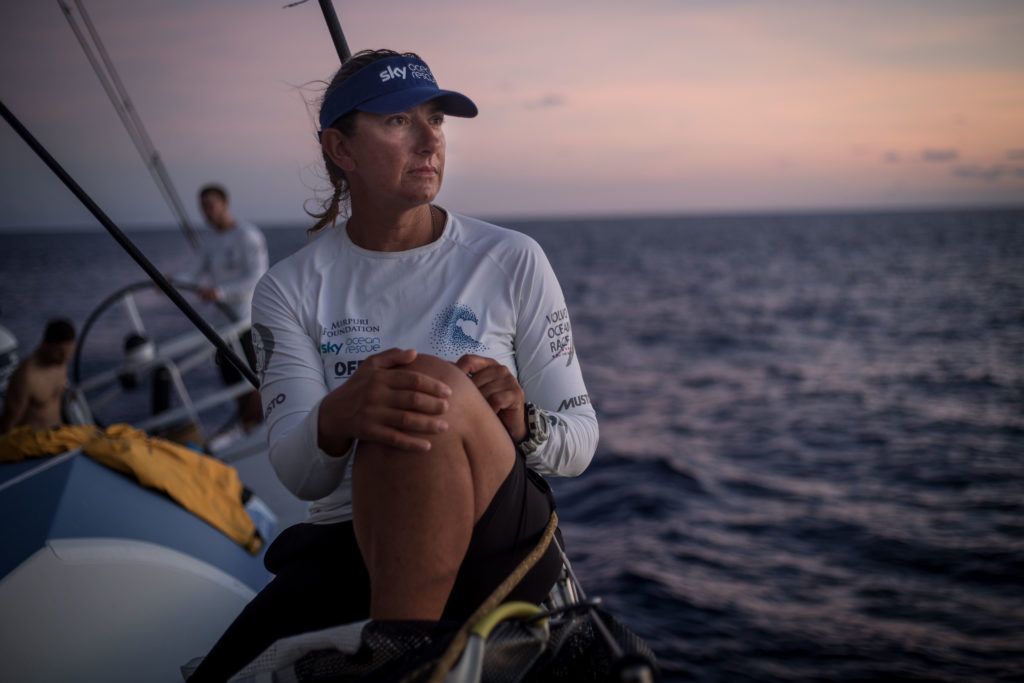 Turn the Tide on Plastic skipper Dee Caffari and her team sit in the lead position with only a few more days to go.
pic by James Blake/Volvo Ocean Race

British yachtswoman Dee Caffari was preparing to lead her Volvo Ocean Race team through the middle of the world’s second-largest barrier reef on Thursday in a bid to defend first place in Leg 6 as the finish line draws nearer.

Caffari said she will thread her Turn the Tide on Plastic crew through the Grand Passage, a narrow gap in the barrier reef surrounding the South Pacific island chain of New Caledonia, in the hunt for the tiniest of time advantages.

Turn the Tide on Plastic moved into pole position on Wednesday as the 6,100-mile leg from Hong Kong to Auckland entered its final 1,500 miles.

Under pressure from rival crews Team Sun Hung Kai/Scallywag and team AkzoNobel, some 40 miles west, Caffari and her navigator Brian Thompson opted for the bold move in the hope of gaining around 90 minutes.

As well as sailing a shorter course, Caffari is hoping her crew will be best positioned for the coming breeze when it arrives from the east.

“In about 120 miles there’s a reef lying at the top of New Caledonia,” explained Caffari, the first woman to sail solo, non-stop around the world both westabout and eastabout. “There are two options – either go round the outside of it or go through the Grand Passage, through the middle.

“We’re going for the latter because we think it could gain us about an hour and a half. Every minute counts between now and Auckland. The competition behind us is doing a similar thing, but our competition to the west is going round the outside. We’ll have to see who wins from that manoeuvre – we’ll find out tomorrow.”

According to the 1300 UTC ranking on Thursday , calculated on distance to finish, Turn the Tide on Plastic had an 18-mile jump on AkzoNobel and 23 miles on Scallywag. 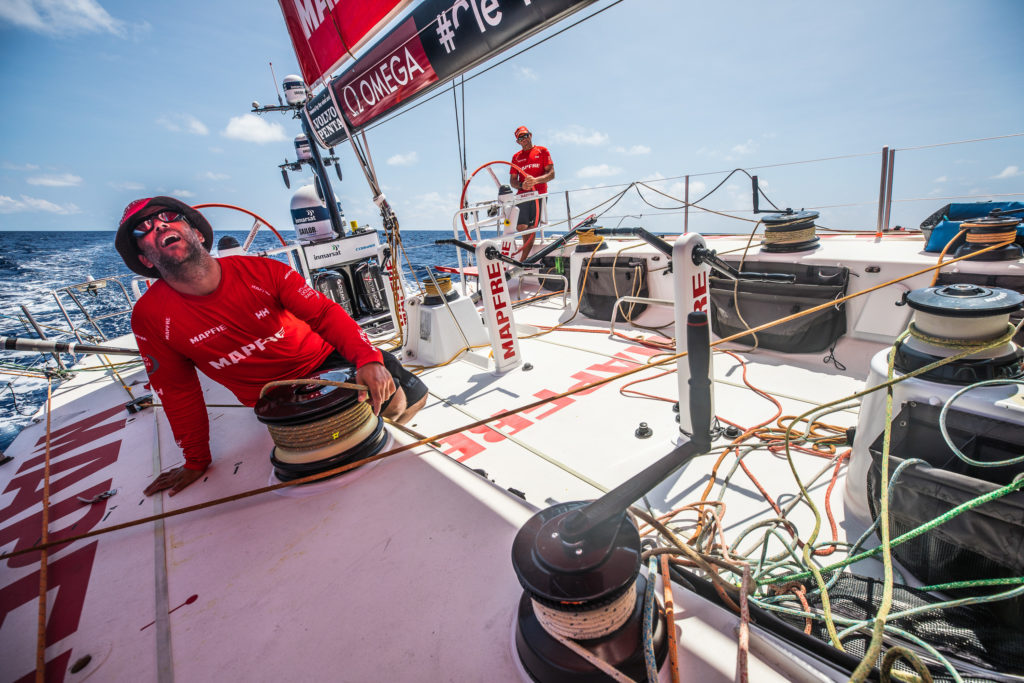 On board MAPFRE Xabi Fernandez is steering while Pablo Arrarte is trimming. This is a drone shot during a close battle with Dongfeng.
pic by Volvo Ocean Race

In reality, the three teams are just about neck and neck with under 1,300 miles left to sail.

“Turn the Tide on Plastic are ahead on the scheds, but will they be ahead when we get to the next waypoint at the north of New Caledonia?” pondered AkzoNobel’s Cecil Laguette.

“We have fewer miles to sail to get there. The one thing for sure is that they’ve caught us up big- time, so it’s game on.”

Although showing as second in the rankings, Team Brunel are almost 20 miles to the north of Turn the Tide on Plastic.

Almost 90 miles behind the leaders, MAPFRE and Dongfeng Race Team are back together again after splitting from one another last night.

Despite trailing the frontrunners by a considerable distance, neither team is out of the running as they scan the forecasts for potential opportunities in the last few days of the leg.

“Spirits are good on board, and we all wait for a chance to catch up some miles to the fleet in front in the medium-term”, MAPFRE navigator Juan Vila said. “The eastern Australian front may bring some opportunities and the crossing towards New Zealand may not be as straight-forward as we think.” 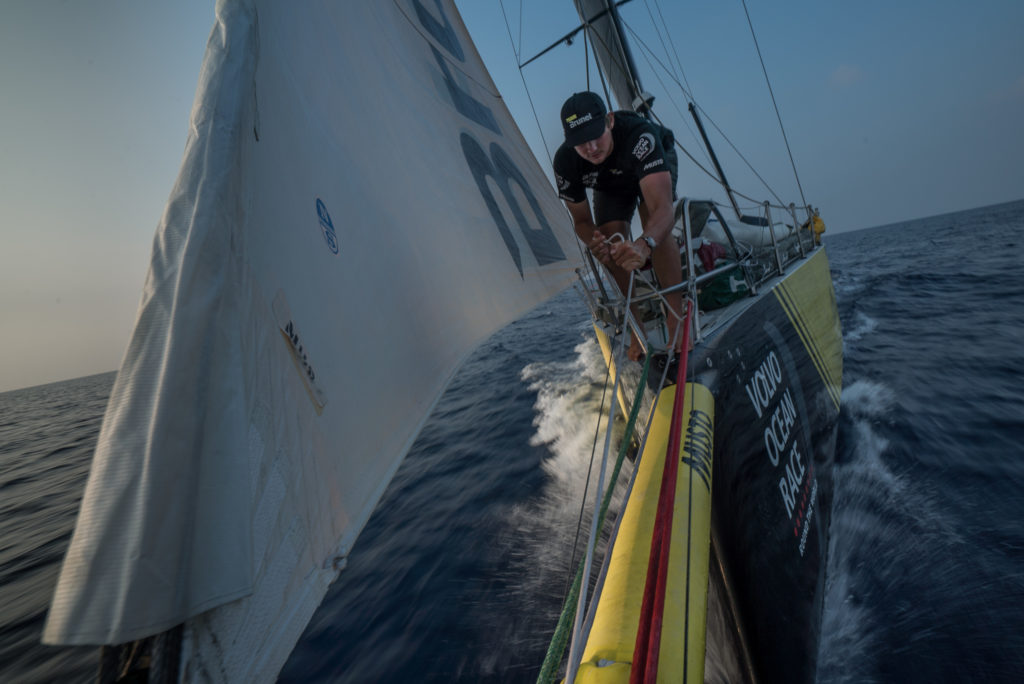 Kyle Langford on the bow of Brunel.
pic by Yann Riou/Volvo Ocean Race