Volvo Ocean Race. No Pain, No Gain, As Doldrums Take Their Toll 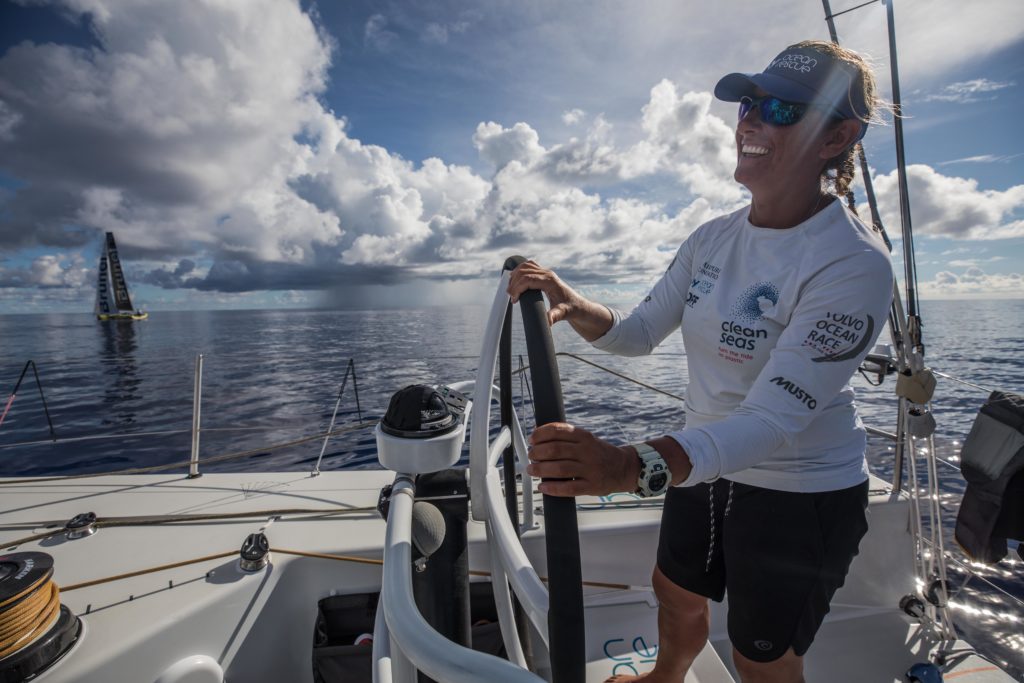 The Volvo Ocean Race fleet is facing another 48 hours of excruciating sailing as the teams plugged deeper into a massive expanse of windless ocean.

Lying ahead of them is a 400-mile gulf that stretches as far south as New Caledonia, severely hampering progress towards New Zealand as Leg 6 enters its 14th day.

And with the finish line in Auckland still more than 1,500 miles away, a glance at the forecast provides little relief with no sign of breeze materialising in the short term.

As well as battling the elements, the fights on the water have become personal, with the six-strong fleet splitting into pairs, essentially forming three mid-ocean match races. 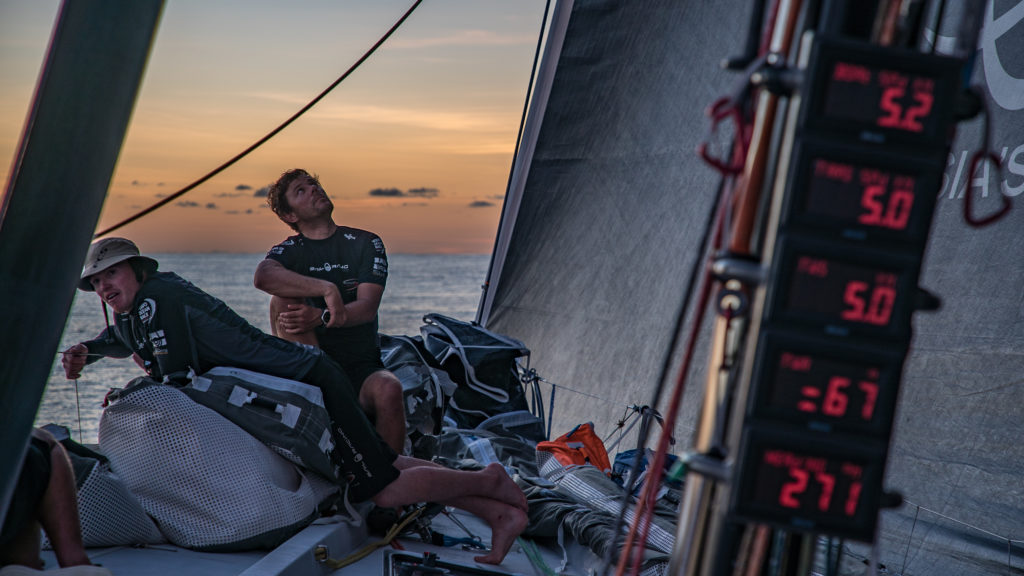 Team Sun Hung Kai/Scallywag and team AkzoNobel continue to lead the way south, with Turn the Tide on Plastic and Team Brunel neck and neck around 50 miles to the north-east, but only 20 miles behind on distance to finish. This leverage to the east could prove decisive over the coming days.

Fifty miles further south, and 75-miles behind the leaders, MAPFRE and Dongfeng Race Team continue their hunt for a way back into the leg, split by less than a mile.

While full-on storm conditions are physically exhausting, a lack of breeze pushes the sailors to the limit of mental tiredness as they search desperately for a route that might provide the tiniest speed advantage over their rivals.

“It’s tricky… snakes and ladders,” said David Witt, skipper of Team Sun Hung Kai/Scallywag, after they overhauled AkzoNobel to take the top spot. “There’s two more days of this, so there’s not much sleep coming up.” 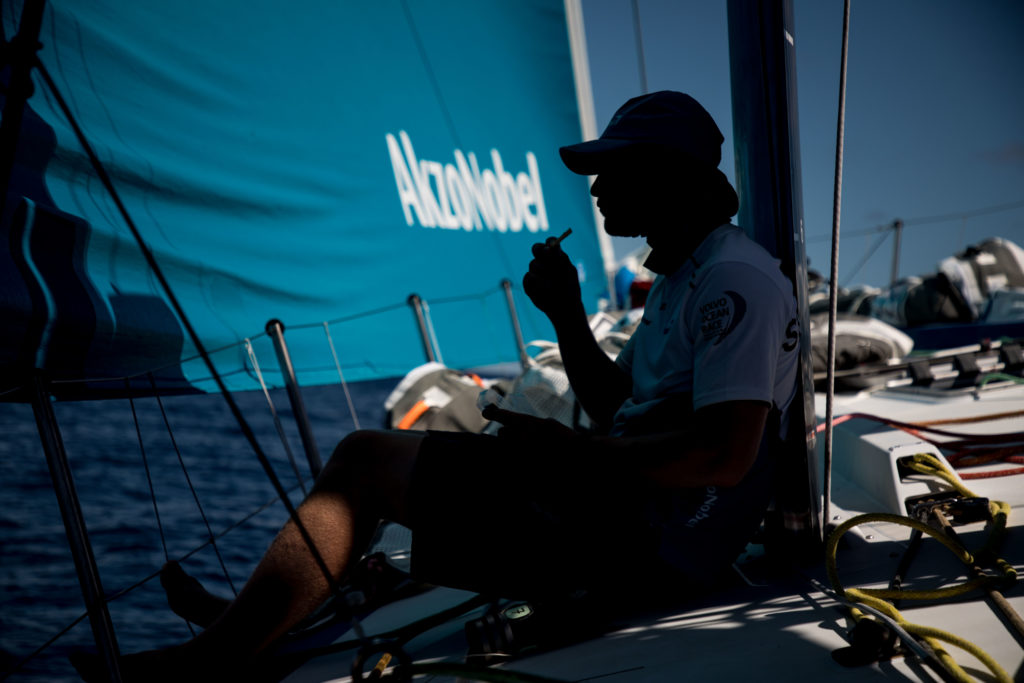 In the doldrums aboard AkzoNobel.
pic by Rich Edwards/Volvo Ocean Race

The cause of the giant wind hole is a huge storm – Gita – currently battering the south island of New Zealand that has killed the trade winds, allowing the Doldrums to swell to epic proportions.

All the teams can do is take their best guess at the quickest route south, make the most of whatever local weather comes their way, and keep their fingers crossed that the forecasts are wrong.

The uncertainty and frustration is shared throughout the fleet. 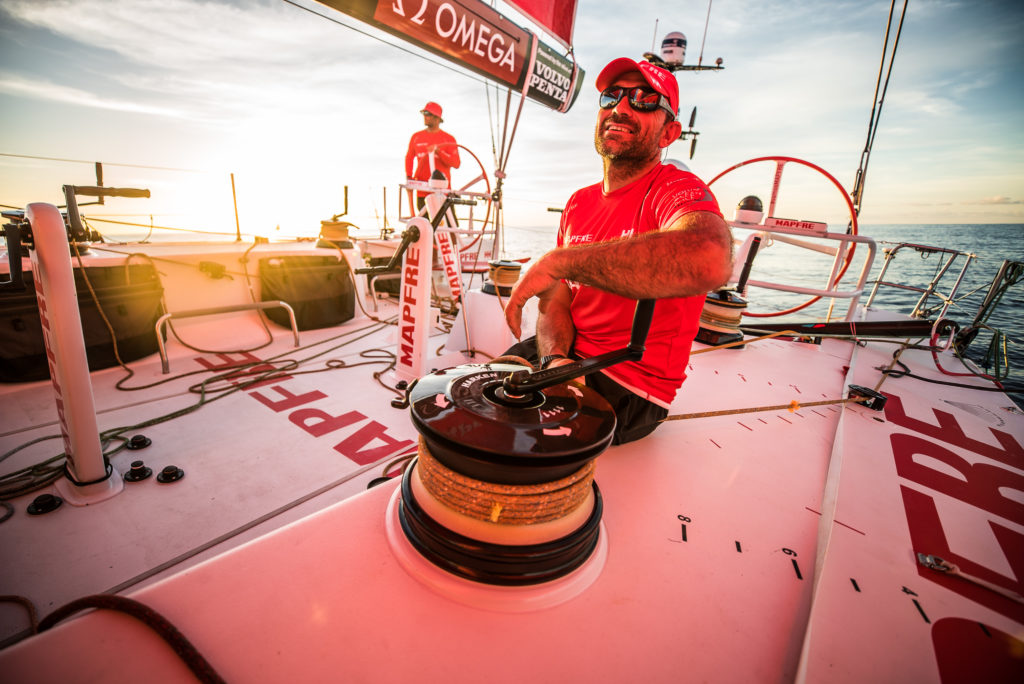 Bouwe Bekking, skipper of nearby Team Brunel, added: “Sometimes we think we have the greatest sport there is, but on days like these I think the majority of the crew think that it can be a stupid sport as well.”

The one bonus is that the teams are not alone in their struggle. The windless zone is so huge that it has ensnared all six teams, and what affects one affects them all.

“Since the start we’ve been together with Dongfeng, and today’s just another day that we’re within a mile of each other,” MAPFRE skipper Xabi Fernández said.

“We had a few clouds this morning and lost about four miles but now we’re back with them. It’s very hard to overtake them and it’s hard for them to overtake us. At least we’re very well entertained by each other.”

The key to escape will be picking up the new breeze first. But which pair will find salvation first remains to be seen. 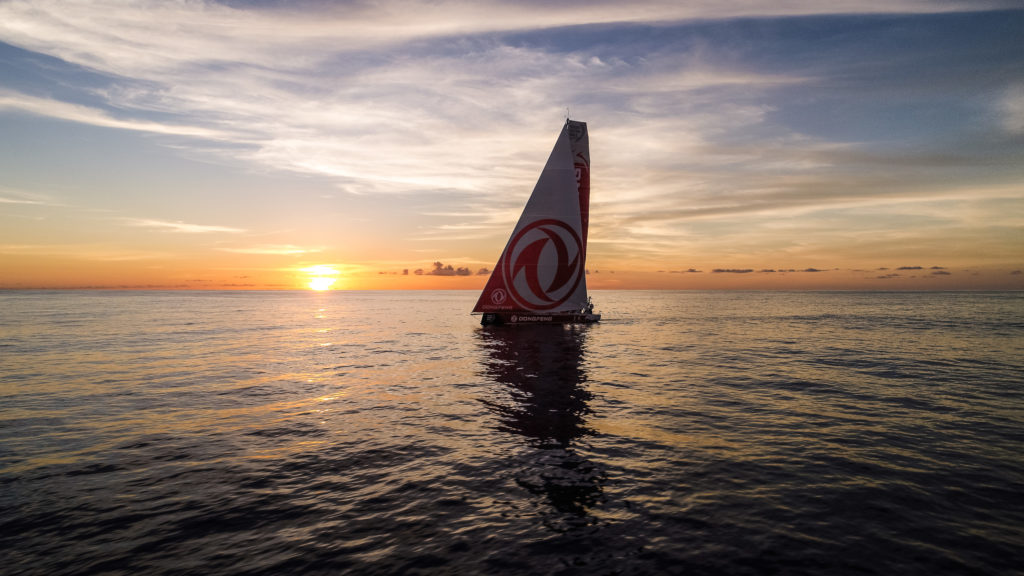 Drone footage at sunset from Dongfeng after a frustrating day in the doldrums.
pic by Martin Keruzore/Volvo Ocean Race