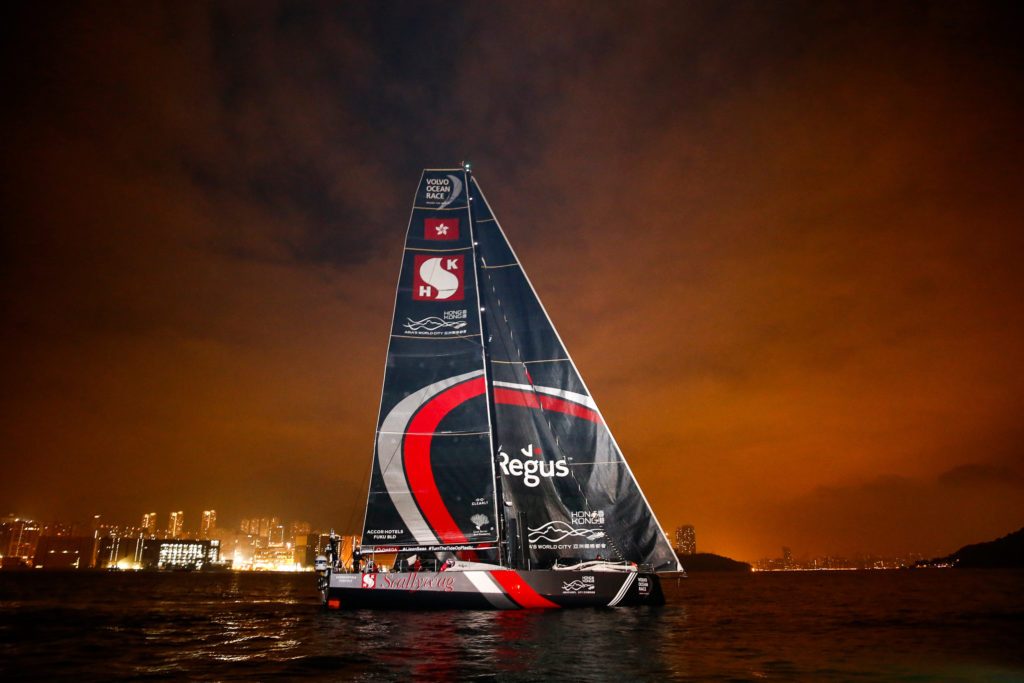 This is a very sad day for our sport, the Volvo Ocean Race and of course the family of the missing sailor.

The Volvo Ocean Race prides itself on the safety measures it puts in place to prevent accidents, plus it equips each and every crew with the latest in tried and tested safety gear in case of such an emergency.

Below Are the Two Statements Released by the Volvo Ocean Race on this Incident So Far.

Race Control for the Volvo Ocean Race has been informed by Team Sun Hung Kai/Scallywag of a man overboard incident, on Monday afternoon at approximately 13:42 UTC.

The team, along with the Maritime Rescue Coordination Centre (MRCC), has been conducting a search and rescue operation to recover the missing crew member, John Fisher (UK), who was wearing survival equipment when he went overboard.

The remaining crew are reported safe.

The wind in the search area is a strong 35-knot westerly, with accompanying sea state. Water temperature is 9-degrees Celsius. There is daylight, but weather conditions are forecast to deteriorate in the coming hours.

Given the gale force conditions it is not an option to divert any of the other six Volvo Ocean Race competitors, who are at least 200 miles further east and downwind of SHK/Scallywag, to assist in the search operation.

The MRCC has identified a ship approximately 400 nautical miles away and it has been diverted to the scene.

Naturally we are deeply concerned, especially given the weather conditions, and Race Control in Alicante is supporting the Scallywag team and MRCC throughout the operation.

The Scallywag team, assisted by the MRCC, conducted an exhaustive search and rescue operation in an effort to recover Fisher, who was on watch and wearing appropriate survival gear when he went overboard.

The MRCC continues in attempts to contact other ships that may be able to assist.

The weather in the area is forecast to deteriorate significantly in the coming hours. Given the severity of the forecast and with nightfall just over an hour away, we acknowledge the chances of a successful recovery are diminishing.

SHK/Scallywag has thus made the difficult decision to turn downwind and head towards the South American coast, the nearest safe landfall, approximately 1,200 nautical miles away.