Volvo Ocean Race. Leg 6 is Going to Be Tough, Complicated and Dangerous

Charles Caudrelier, the skipper of Dongfeng Race Team in the 2017-18 Volvo Ocean Race, is quite open about his goal for Leg 6 that takes the fleet from Hong Kong to Auckland – that’s to try to avoid having a bad result.

The Frenchman who is leading the Chinese team sponsored by Dongfeng Motor Corporation on its second successive campaign, has always regarded this leg and the one that preceded it as potential trip hazards. 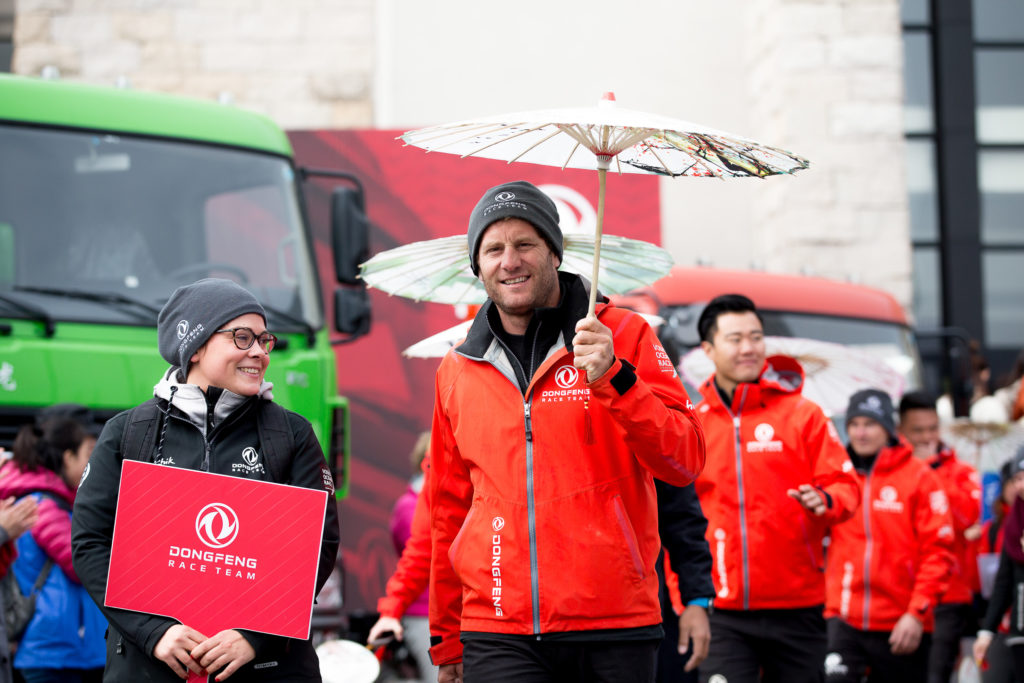 The reason is that, for the second offshore leg in succession, the fleet has to take on the Doldrums in the Pacific, a huge area of stiflingly hot and windless ocean that proved decisive on Leg 4 when the boats were stuck for days battling thunderstorms and squalls.

The 6,100-nautical mile stage to Auckland has a few other ingredients worth considering. The first few days are likely to be exceptionally tough on boats and crew, as the fleet bashes its way into the strong winds of the northeast monsoon and a vicious sea-state kicked up by the current running up the coast of China. While later in the leg there is the possibility of a tropical storm to negotiate in the environs of Fiji.

Caudrelier and his team are lying in second place overall, four points behind race leader MAPFRE, skippered by Xabi Fernandez. While MAPFRE finished the last offshore leg in fourth place, Dongfeng Race Team added its third second place in succession which, to go with third place on Leg 1, makes it the only crew to have podiumed on every leg.

For Caudrelier his desire to beat MAPFRE and to notch up his first leg win has to be balanced against the risks associated with going all out and courting disaster. “We have no choice, we have to beat MAPFRE in order to come back,” he said in Hong Kong as he prepared to set sail.

“The goal is to have a first victory in the leg which would be amazing, but to finish on the podium on this leg would be a good result because it will make us feel more comfortable for the following legs. It is all about making sure this leg isn’t a really bad one.” 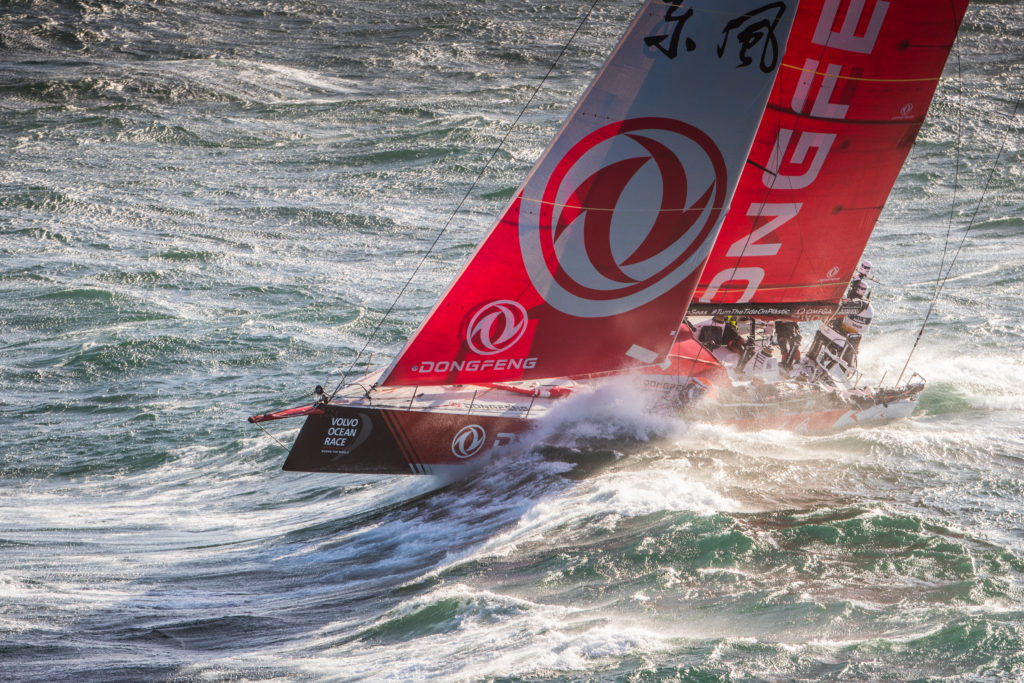 On the Doldrums Caudrelier and navigator Pascal Bidegorry have already been hard at work studying their options with Dongfeng Race Team meteorologist Marcel van Triest. As Caudrelier put it, this leg will be “tough, complicated and dangerous” in terms of rankings.

“Once again we have to cross this huge area of Doldrums and it is difficult to know where to cross it,” said Caudrelier. “You have to take an early decision and if you are wrong then there is no way you can come back. It is probably going to be the most complicated leg for the navigators, so you can expect them to spend a lot of time at the chart table. I think it will be a very interesting leg to watch from the shore because there will probably be a big split in the fleet.”

Bidegorry is back on board Dongfeng after missing the leg from Melbourne to Hong Kong because of a rib injury when his place was filled by the French legend Franck Cammas.

“It is good to be back,” he said. “I think I arrived in Melbourne very tired and a bit destroyed because spending one week with such pain was not easy. It is good to come back with another feeling. I feel 100%, so it is nice to feel like that again and to be focussed on the next leg.”

Like Caudrelier he is concentrating on the early decisions they will have to make as they head out into the South China Sea towards the Luzon Strait. “I am not thinking about the result at this point and only focussing on which decisions to take for the long term plan and also what we are going to do in the first 24 hours and just after the start,” summarised Bidegorry.

For watch captain Daryl Wislang, this is a special leg as he heads home to Auckland, the fabled City of Sails. Anticipating the reception he knows he will get, he said: “It’s an amazing feeling – you can’t really explain it – I guess it’s the way the public gets into it and the support that’s shown. For them it doesn’t matter if you are first or sixth, they’ll give you the same amount of support and encouragement. They all understand the journey and the challenge that we are facing, so it’s going to be an amazing place to sail into.”

For Wislang accumulating one good result after another is the key to Dongfeng’s long term success in the race. “Obviously we have always had the philosophy of consistency and that’s what we are still working on and so far, consistency has been our key trait.”

“Offshore we are trying to win, but in the back of our minds we don’t want to have a really bad moment, so we need to just keep building the pressure. We will have a win at some stage and hopefully it will be into Auckland,” he added.

The Chinese sailor Xue Liu, also known as Black, is back on the boat in place of Chen Jinhao (Horace). Black has loved every minute of the stopovers in Hong Kong and Guangzhou where he has seen for himself the scale of support for Dongfeng Race Team from its sponsor but also from the Chinese public.

“After going back to China with the boat and seeing all the support we have there, it has really motivated me and I can’t wait to go and push hard on the next leg to Auckland,” he said.

Also back on the boat after a leg at home is the French Nacra 17 multiple world champion Marie Riou whose place was filled by the Swiss sailor Justine Mettraux on Leg 4. Riou admits she has found her first Volvo Ocean Race tougher than she imagined, but the time off in France has re-focussed her energies for the rest of the race.

“I am really happy to join the team again for this leg,” she said. “I have had two weeks off at home, so it was a good recovery for me and I am definitely ready for what is ahead. I really missed the team and the racing whilst I was away, so I am looking forward to getting back on board and hopefully we will get a good result.”

Riou is expecting a tough first few days in the South China Sea. “I am going to take a lot of sea-sickness pills,” she added. “It will be upwind with strong winds, so it will be difficult from the start, but then we have the Doldrums which should bring us a bit of a break from it all – I think it will be a good leg.”