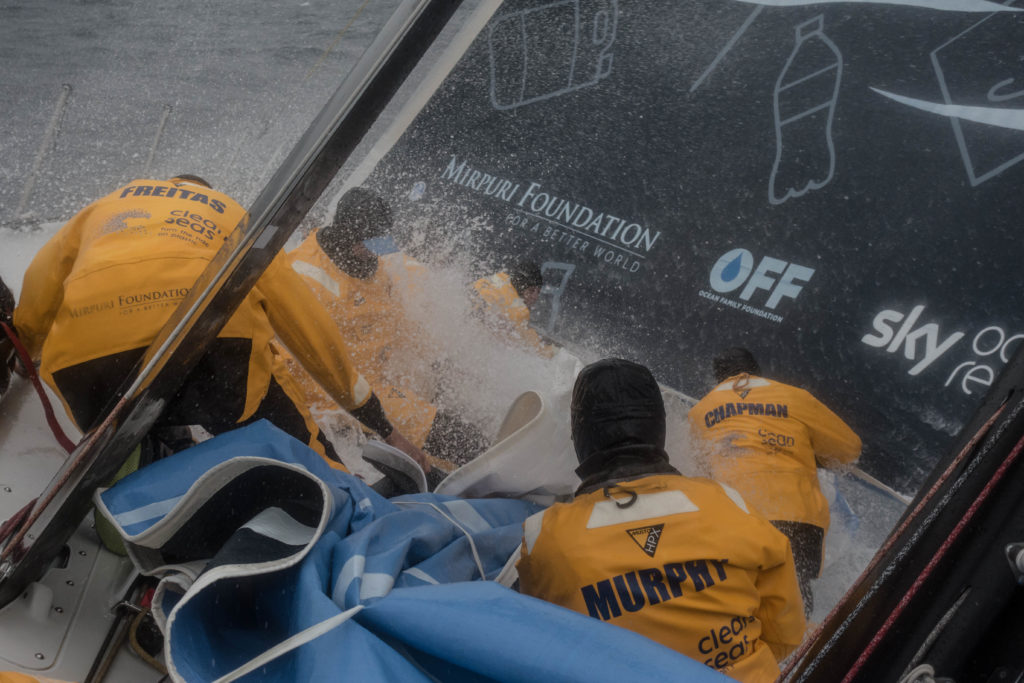 On board Turn the Tide on Plastic. Another sail change means the whole crew up on deck.
pic by James Blake/Volvo Ocean Race

Team Brunel has been leading the Volvo Ocean Race fleet into the Luzon Strait between Taiwan and the Philippines.

The six boats are tucked towards the southern tip of Taiwan, anticipating a turn to the north after leaving Taiwan to port.

“We’ve been bouncing upwind. Everyone is still pretty close. Whoever puts their bow down for a little while goes a little bit faster than the other,” said team AkzoNobel skipper Simeon Tienpont. “Brunel is a little bit ahead, we lost a few miles with a sail change.

“It’s been straight into it. Everyone is quiet and efficient. We were happy with the start and we’re back in fighting mode.” 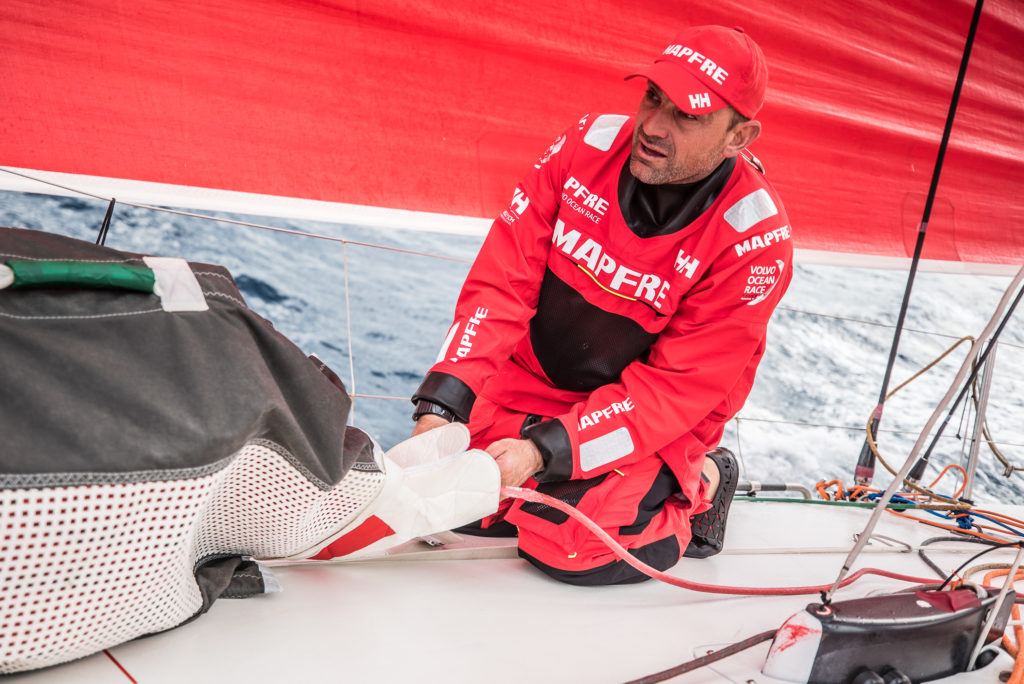 On board MAPFRE, Xabi Fernandez setting up the set of a sail.
Ugo Fonolla/Volvo Ocean Race

The fight is for every mile. Any mistake or misfortune is costly. For Brunel and Turn the Tide on Plastic, it came in the form of plastic bags stuck to appendages, slowing the boat down.

“It’s not slowing us down too much,” said Turn the Tide on Plastic sailor Henry Bomby. “It’s a big deal to do a back down to get rid of it, so we’re going to wait.”

“At the moment, we can’t afford to go backwards, so we’re carrying this plastic on our keel, sadly,” said skipper Dee Caffari.

For Team Brunel, the performance hit was too much, and they did a double tack to clear the debris from their rudder.

“We were going very well and soon found ourselves in the lead, but then all of sudden we were super slow,” explained skipper Bouwe Bekking. 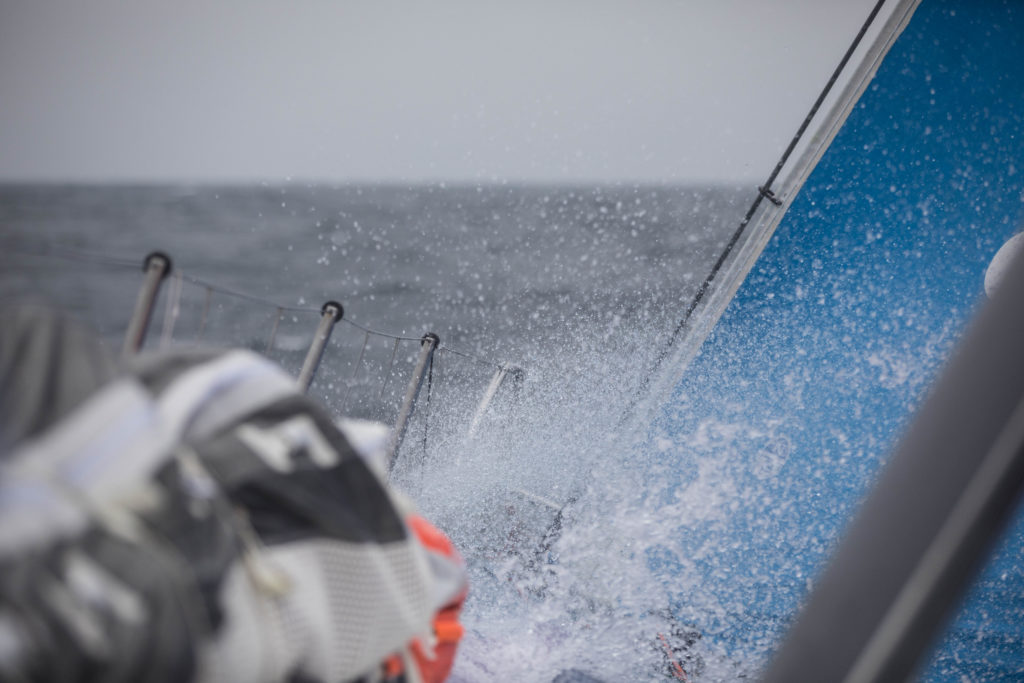 On board AkzoNobel.
pic by Richard Edwards/Volvo Ocean Race

“In no time we lost half a mile, the cause was a huge plastic bag on the rudder. We actually had to do two tacks to get it off, losing more distance, but from then on we’ve been slowly chipping away again.”

After passing to the south of Taiwan, the fleet is expected to head to the north, further away from the direct route to New Zealand, in an effort to avoid a developing area of light wind and to pick up favourable conditions before diving south.
It means more upwind sailing, so progress towards the finish looks to be slow and hard-earned for the early stages of Leg 6.