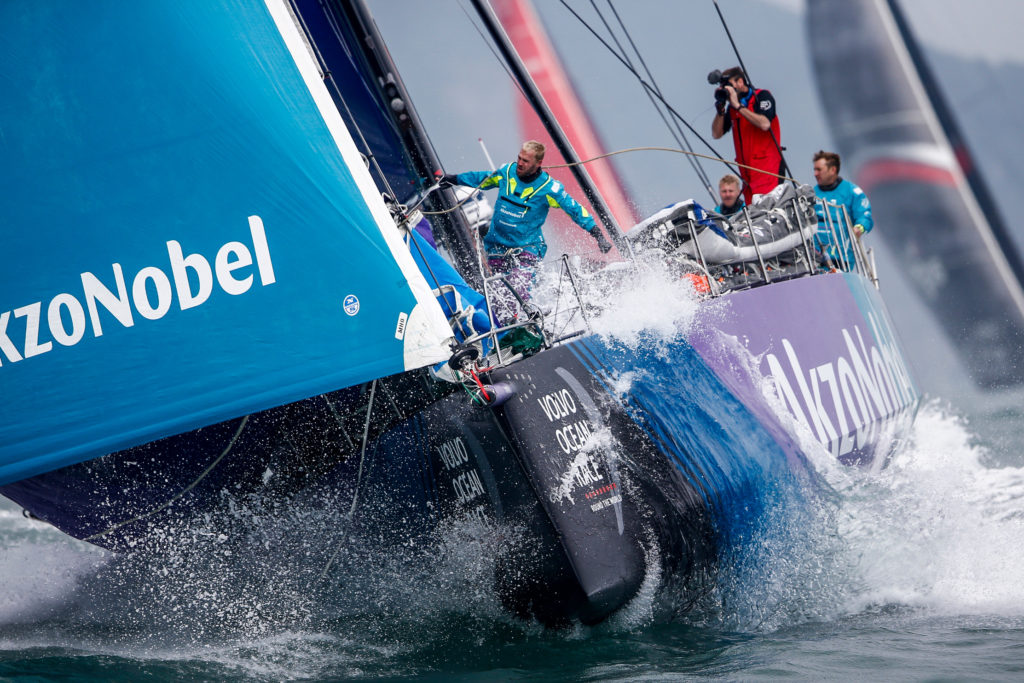 Simeon Tienpont’s team AkzoNobel led the Volvo Ocean Race fleet away from the Hong Kong. Racing started in a light, 8-10 knot easterly with AkzoNobel, SHK/Scallywag, and Team Brunel the first across the line, slipping upwind under full sail, with the spectator fleet in tow.

But shortly after clearing land, the wind started to increase to 15 – 20 knots, and the enormous Code 0 sails were furled in favour of smaller headsails. Conditions are forecast to deteriorate further over the next 24 hours.

“It could be quite rough out of Hong Kong,” agreed AkzoNobel’s Tienpont. “I wouldn’t be surprised to see some pretty strong winds.” 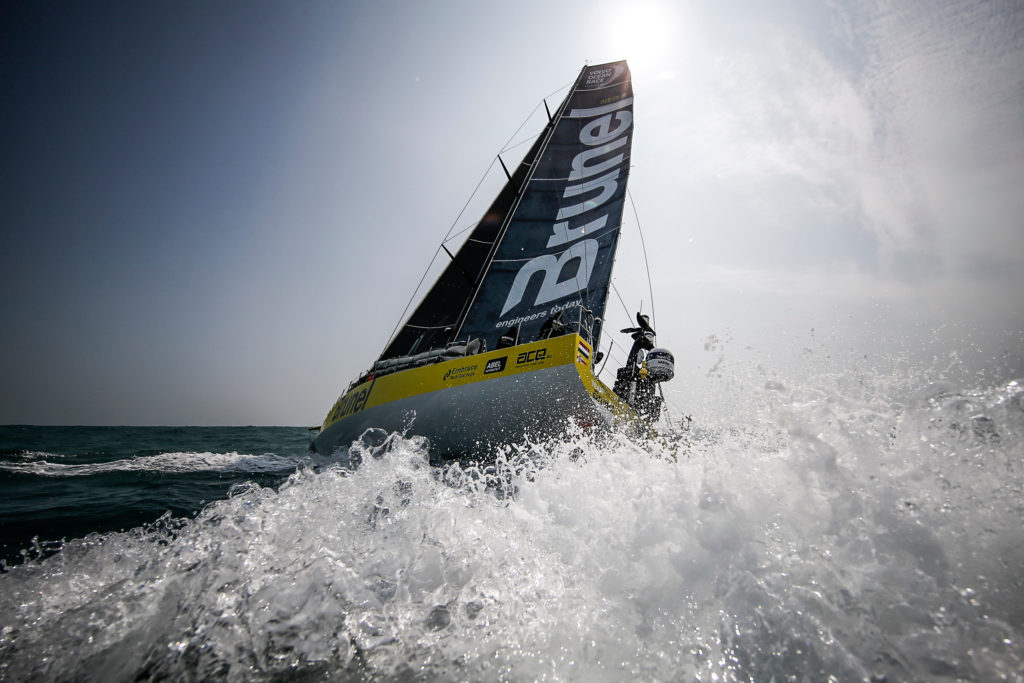 Brunel was off to a good start.
Pedro Martinez/Volvo Ocean Race

With a Tropical Cyclone forecast to produce heavy sea conditions, race officials have added a Tropical Storm Exclusion Zone, extending across 20 degrees of longitude to the east of the Philippines.

Most weather routing software suggests the fastest route is to the north and east of the exclusion zone, but this will ensure the fleet avoids the worst of the sea conditions.

This leg will take the fleet through the Luzon Strait and then on an easterly heading before the boats dive south through the Doldrums and then southeast to the northern tip of New Zealand.

“It’s a long leg to Auckland, around 6,000 nautical miles, and nearly the reverse of Leg 4 to get here,” said Xabi Fernández, the skipper of the overall race leader, MAPFRE. “The start is going to be important, as usual.”

“If we look at the weather models then it will immediately be full-on for the first 36 to 48 hours,” said Brunel skipper Bouwe Bekking. “There are different route options. If you choose wrong it can immediately seem like you are hundreds of miles behind.”