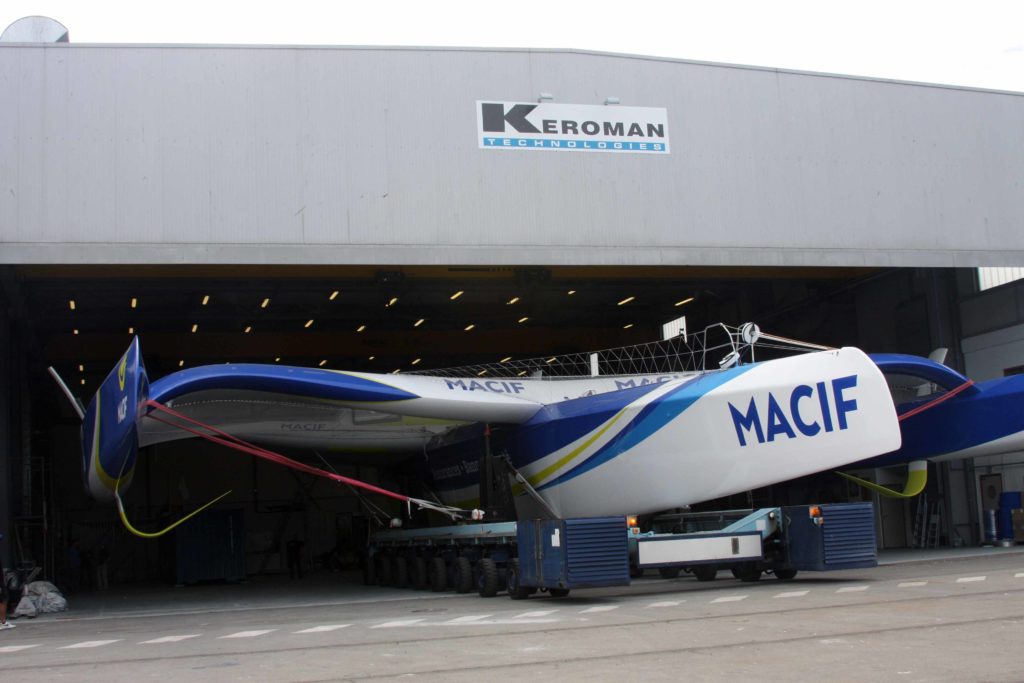 The MACIF trimaran left Keroman Technologies, the yard which created her in 2015, after a seven-month refit designed to further optimise the performance of this reference Ultime multihull, with the Route du Rhum race looming.

Already a solo round the world record holder in the time of 42 days, 16 hours, 40 minutes 35 seconds, the trimaran MACIF has been thoroughly optimised by CDK and Keroman Technologies. The scope of work by the yard proved to be both intense and highly technical and have all been possible thanks to the close collaboration between CDK’s design office and that of MerConcept.

Project manager Stéphane Digard and his team, who know the architecture of the trimaran MACIF inside out having built her in 2015, launched this extensive and complicated operation, which consisted of transforming part of the floats, and the structure accommodating the foil casings in particular, ready to host a new pair of foils manufactured by CDK Technologies, along with new rudders. At the same time, a new, lighter sandwich boom was manufactured in Port-La- Forêt, which resulted in significant weight saving. 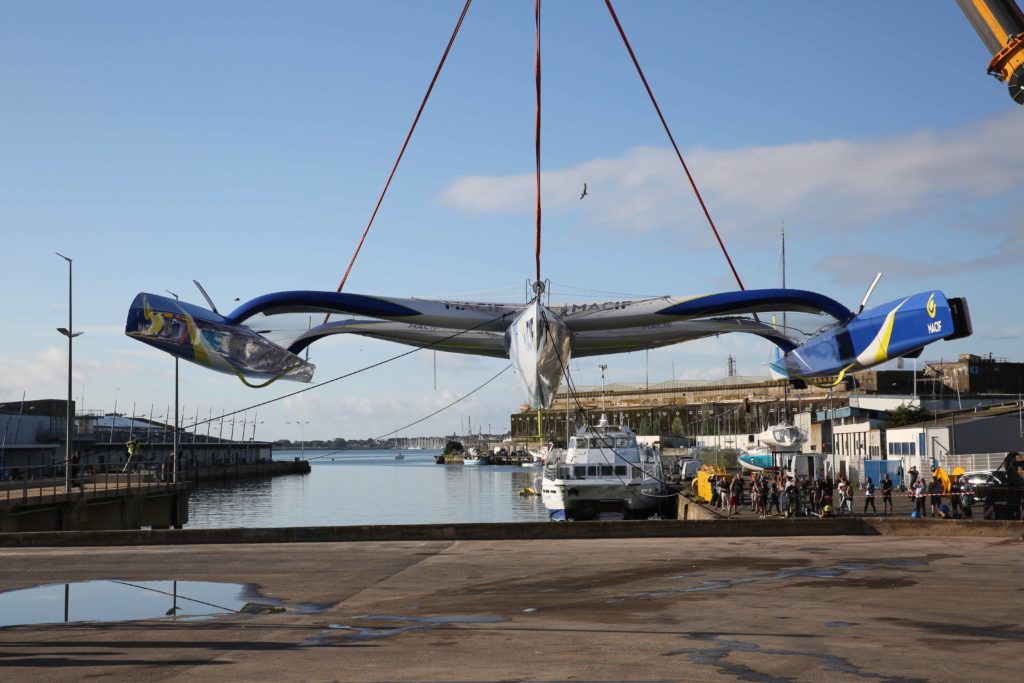 Stéphane Digard explains: “Inevitably there is some complexity involved as the aim is to optimise MACIF as much as possible, whether it’s in terms of weight or performance. That said, it’s a boat we built so we’re very familiar with her. The real constraint was linked to timing as the boat had to be relaunched in late July to enable François Gabart, skipperof the trimaran MACIF to get out on the water before the Route du Rhum. There are always an enormous number of ideas and the hardest thing is to put them into practice whilst sticking to the delivery schedule.”

Antoine Gautier explains as head of the MerConcept design office: “We’re very pleased with the work CDK has done in terms of the foil construction and modifications to the platform with a view to setting up the appendages. The CDK yard has also worked on the creation of a new boom, which boasts a new geometry, which is longer and is made using an innovative process among the fleet of Ultimes.” 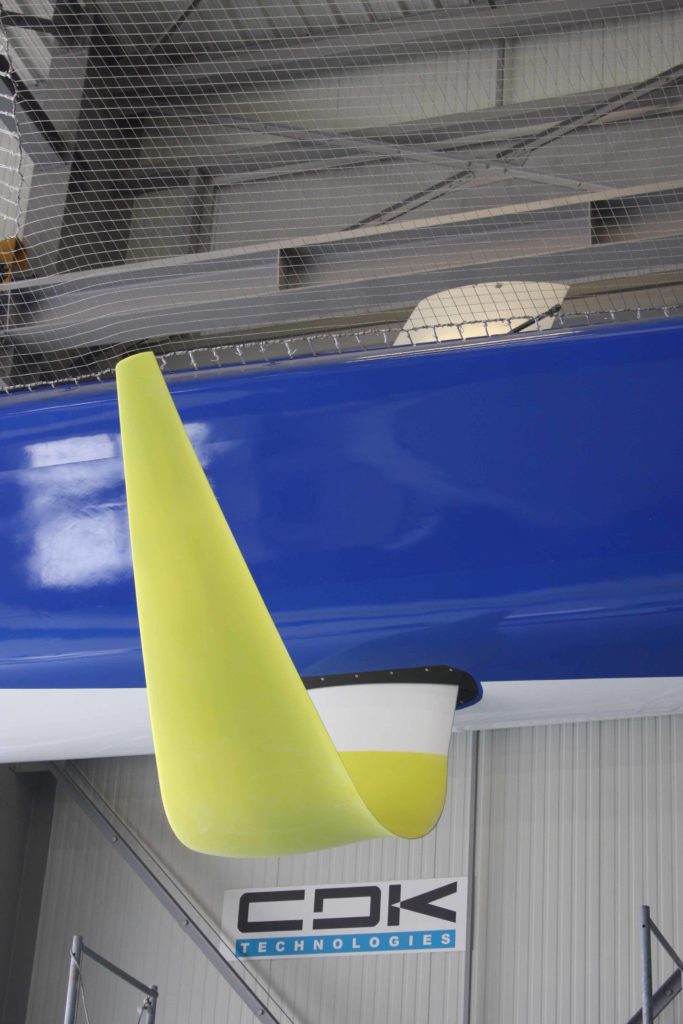 CDK and Keroman Technologies are the only yards in Europe whose complementary expertise encompasses the entire construction of large composite platforms designed for offshore racing thus enabling the manufacture of structural parts in an oven measuring up to 35m and the manufacture of masts and booms in an autoclave measuring up to 50m. Today, this mastery of cooking high-performance carbon parts in an autoclave means that CDK and Keroman Technologies have been able to tap into the market for large prototype foils, which is a very positive development for the yard brought about by the confidence shown in them by past clients like the trimaran MACIF’s technical team.

The Keroman Technologies site, which is undergoing massive changes in Lorient, is equipped with an oven measuring 40m x 10m x 7m capable of reaching temperatures of 120°C, which will be operational from early September.