The Earth At Night 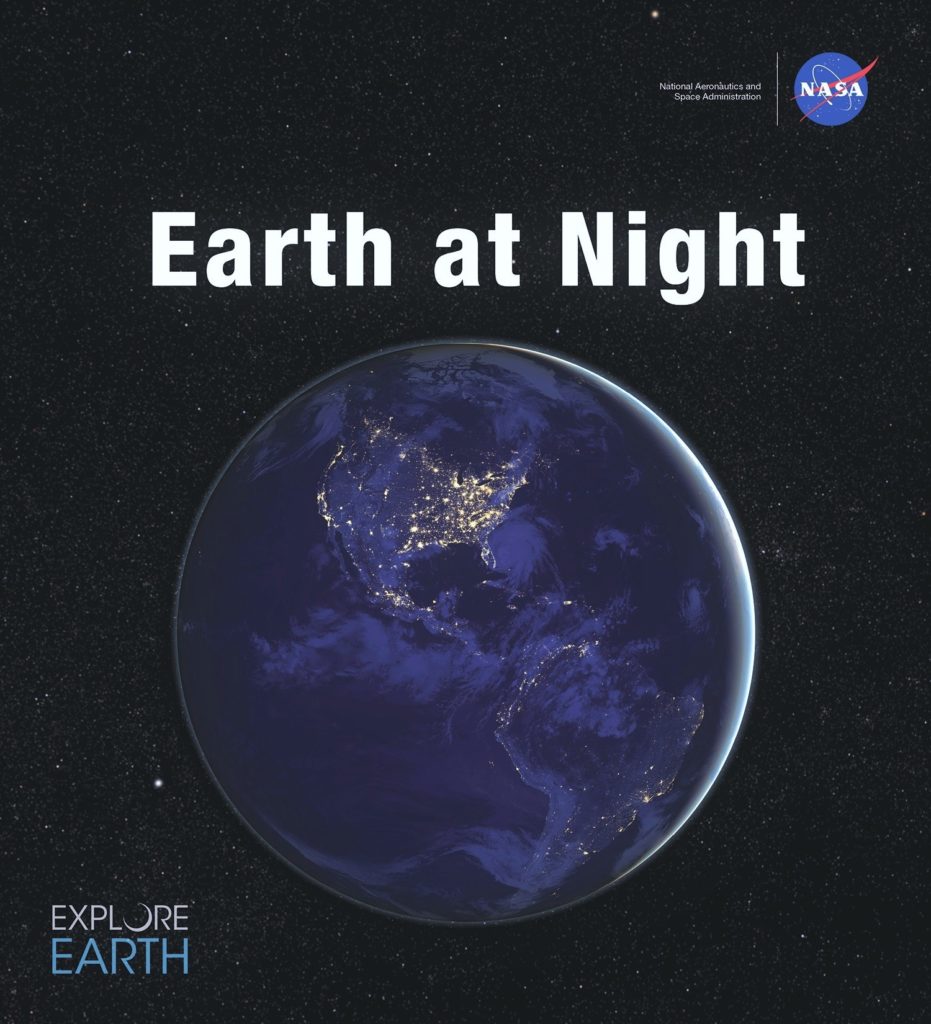 NASA has released an eBook that Reveals Insights of Earth Seen at Night from Space.

This new NASA ebook includes more than 150 images of our planet in darkness as captured from space by Earth-observing satellites and astronauts over the last 25 years.

Earth has many stories to tell, even in the dark of night. Earth at Night, NASA’s new 200-page ebook, is now available online and includes more than 150 images of our planet in darkness as captured from space by Earth-observing satellites and astronauts on the International Space Station over the past 25 years.

“Earth at Night” shows how scientists use images such as this astronaut photo of the Gulf of Mexico taken from the International Space Station over the southern United States to study our changing planet.
Credits: NASA

The images reveal how human activity and natural phenomena light up the darkness around the world, depicting the intricate structure of cities, wildfires and volcanoes raging, auroras dancing across the polar skies, moonlight reflecting off snow and deserts, and other dramatic earthly scenes.

“Earth at Night explores the brilliance of our planet when it is in darkness,” wrote Thomas Zurbuchen, associate administrator of NASA’s Science Mission Directorate, in the book’s foreword. “The book is a compilation of stories depicting the interactions between science and wonder. I am pleased to share this visually stunning and captivating exploration of our home planet.”

In addition to the images, the book tells how scientists use these observations to study our changing planet and aid decision makers in such areas as sustainable energy use and disaster response.

NASA brings together technology, science, and unique global Earth observations to provide societal benefits and strengthen our nation. The agency makes its Earth observations freely and openly available to everyone for use in developing solutions to important global issues such as changing freshwater availability, food security and human health.

Get the eBook HERE