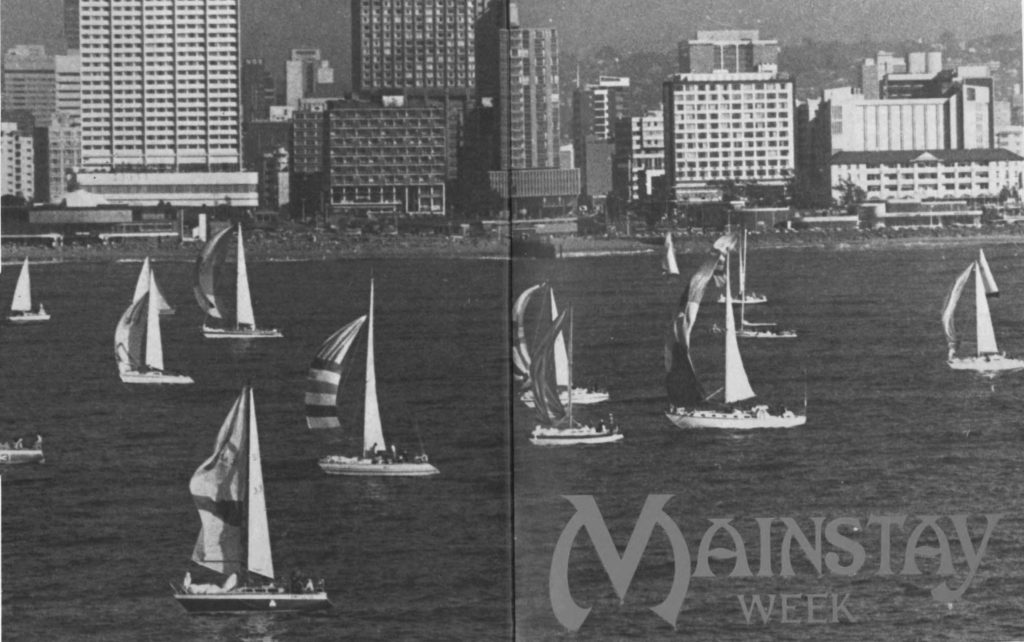 Mainstay Week is just one year old and has already grown into one of the greatest ocean-racing regattas in the country.

This year, Mainstay Week attracted an entry of 46 yachts, and incorporated the national championships for Royal Cape One Designs, of which there were 11 competing.

In the weeks preceding Mainstay Week, the yachts began to arrive in Durban, by road, by container ship and under their own “steam”.

It was during this period that near-disaster struck for the Mistral class yacht, ‘Anga Mentemi’. She was being transported by road from the Transvaal when she fell off her trailer – twice.

There was a great gash in her port side and a very ugly hole in her bows. However, a lot of hurried work by several people put her on the start line for the first day.