“Talking Sailing” From My Archives. Crews Will Give Weather Data 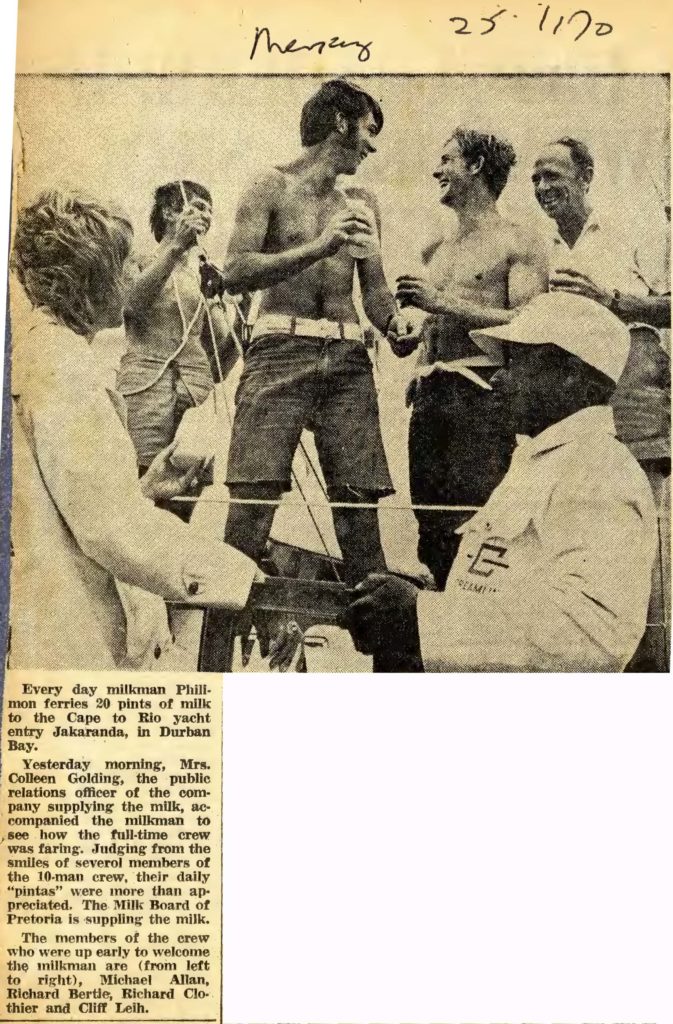 Let’s kick the week off with more Rio news from 50 years ago as the yachties themselves and their boats, and the media hyped things up for the landlubbers.

“Yacht Race Plans Well Under Way”. The starting line for the Cape-to-Rio yacht race in January will be just on 1.6km (one mile) long, between the S.A. Merchant Navy Academy, General Botha, at Granger Bay, adjoining Cape Town docks, and the official starting vessel that will be the outer vessel.

This has been decided by the Starting Committee, who will be on board the vessel – probably a minesweeper of the South African Navy – on the afternoon of January 16.

“He Has the Edge in Rio Race”. A Durban man probably has the best chance of winning the Cape to Rio yacht race – merely because he is the only navigator in the event to have covered the entire course recently.
READ MORE HERE:  1970 11 26 – Don Pfotenhauer Collection – Rio 1971 – 336 – OCR_Redacted

“Crews Will Give Weather Data”. Apart from meeting the challenge of one of the most ambitious trans-ocean races ever held, the skippers and crews of the 60-plus Yachts in the Cape-to-Rio contest will contribute valuable information needed in the scientific study of the weather systems of the South Atlantic.
READ MORE HERE:  1970 11 26 – Don Pfotenhauer Collection – Rio 1971 – 340 – OCR_Redacted

“A Dream About to Come True”. On my mother’s side my grandfather and great- grandfather were news-papermen whilst my father’s forebears, one and all, were farmers. This may explain my deep love of the sea and my natural instinct for messing about in boats! I was messing about in a boat one day this week when everybody else was sweating at his office desk. And it was a lot pleasanter!
READ MORE HERE:  1970 11 27 – Rio 1971 – don pfotenhauer – 000568 – stitched_Redacted