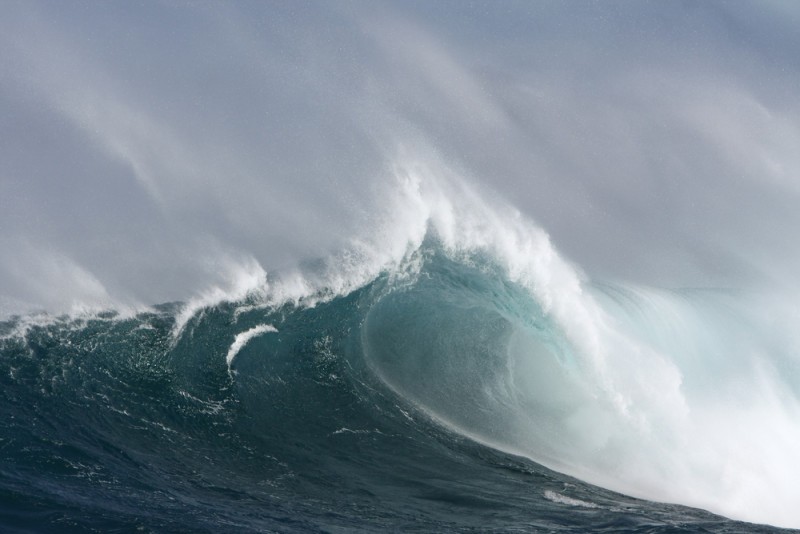 They are every mariner’s worst nightmare. A wave twice the height of the average sea state that seemingly comes out of nowhere. Rogue waves have been blamed for countless lost vessels throughout history, but not only are they dangerous to ships and mariners at sea, they can also sweep unsuspecting beach goers out to sea – often with fatal results.

To get a better understanding of the phenomena, a team of researchers with the University of Southampton set out to study long-term data to investigate how these rare, unexpected and hazardous ocean waves behave. Their findings were published this month in the journal Scientific Reports.

Waves are classed as ‘rogue’ when they are over twice the height of the average sea state around them. From trough to peak, past observations have put some at over 30 metres high – easily capable of damaging or sinking ships. Rogue waves along the west coast of the United States have also been blamed for sweeping people out to sea, including notable fatal incidents at Point Reyes, Maverick’s beach and Arcata, in California and Depoe Bay, Oregon In 2000, the NOAA research vessel R/V Ballena capsized off Point Conception, California, and in 2006, M/V Westwood Pomona encountered a rogue wave off Port of Coos Bay, injuring one person and damaging the vessel.

For the study, a team of engineers and oceanographers from the University of Southampton, together with researchers from The National Oceanography Centre (NOC), examined over 20 years of data from 15 ocean buoys providing surface data along the U.S. western seaboard, stretching from Seattle in the north, to San Diego in the south.

What they discovered was that while ‘rogue’ waves are occurring less often, they are also becoming more extreme.

Not surprisingly, the scientists showed rogue waves are more prevalent and of greater severity in the winter months. More interestingly, however, they are happening with increasing frequency within calmer background seas.

“The occurrence of rogue waves is difficult to predict, but simply understanding when and how these rare events occur is extremely important for mariners, both in terms of ship safety and economics,” said Alex Cattrell, lead researcher in the study from the University of Southampton.

“Ports along the west coast of America handle almost half of the country’s container trade and, together with shipping connected to the Californian oil industry, there is a high volume of tanker, cargo, fishing and passenger vessel activity in the region,” said Research supervisor, Professor Meric Srokosz, from NOC.

“Our research can help inform these industries and suggests that if data on rogue waves is to prove useful – geographical, seasonal and year-on-year variations need to be taken into account, rather than just relying on a single value for an entire region, for all time.”