SAS Youth Nationals. Day 4 & All to Play For 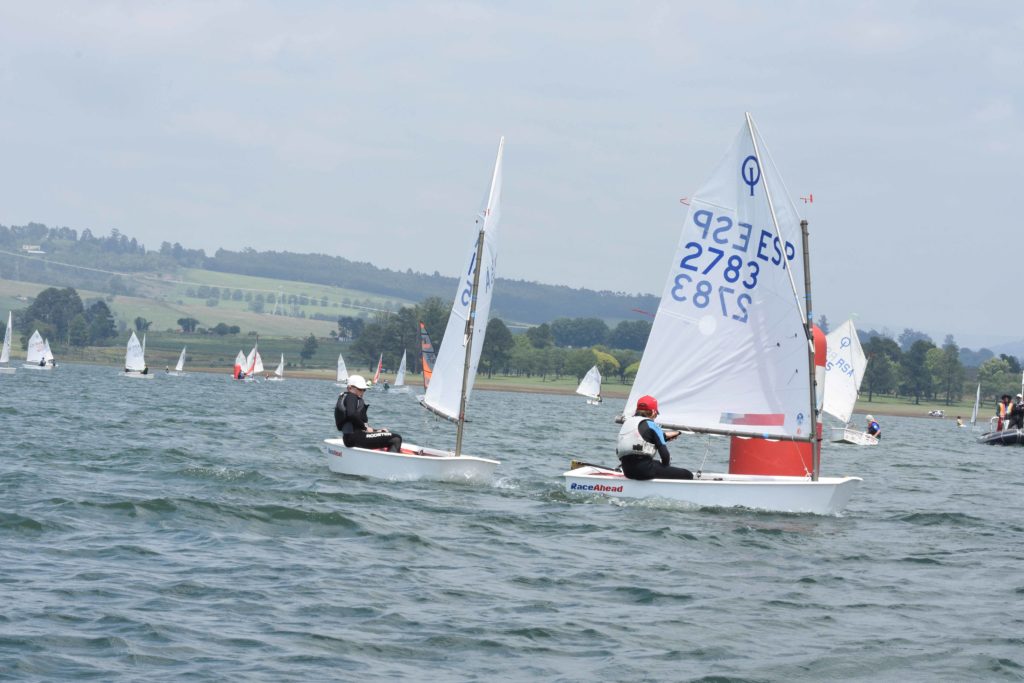 Today is the final day, and the day when all the final moves can be made, and overall results changed after either a good or bad performance on the water.

In the Optimist fleet there is a titanic duel for first spot overall with the defending champion, Matt Ashwell, trailing Ian Walker in second spot by a mere 2 points after 2 discards. So racing today will be intense at the front of the pack as each of these fine young sailors looks to stamp his authority on the final day. 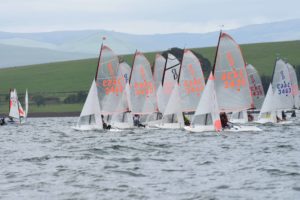 Campbell Tiley leads the fleet away from the start.
pic by Richard Crockett 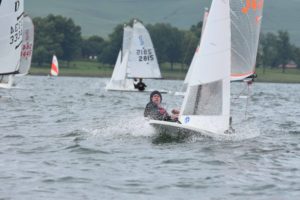 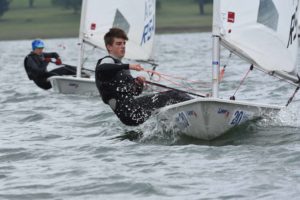 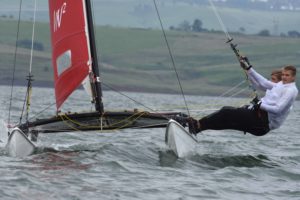 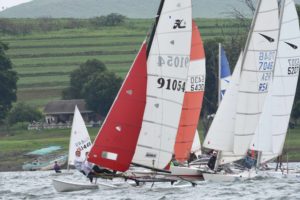 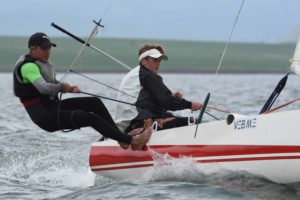 Campbell Tiley is leading the Dabchick fleet overall with a 5 point buffer, ahead of Christiaan Holm, so another intense duel is likely to play out.

In the Dart fleet Calvin Brown has a 2 point lead over Liam Gunning, while in the Hobies Gerhard van Niekerk has an almost unassailable lead over Matthew Hall.

In the Laser Radials James Hellstrom has sailed a consistently good regatta so far being able to discard a 6th and a 3rd which means all his other results are firsts and seconds. At this stage Kai Leslie and Yogi Divaris are tied on points for 2nd spot.

The Open Fleet is being led convincingly by Diogo Sanches on a Laser 4.7.