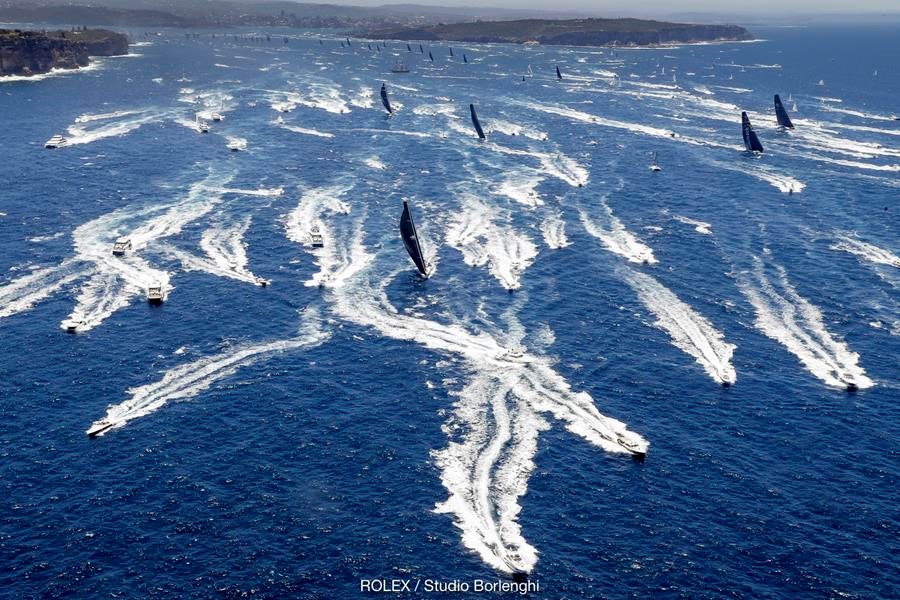 A picture-perfect Sydney Harbour greeted the 85 competitors for the start of the Rolex Sydney Hobart Yacht Race.
Pic by ROLEX/Studio Borlenghi

A perfect sunny summer day, and lovely 10-12 knot north easterly breeze made for one of the most exciting starts with all five super maxis vying for the lead at one stage before leaving Sydney Heads.

After clean starts on all three lines, the Oatley family’s ‘Wild Oats XI’ and Peter Harburg’s ‘Black Jack’ were neck-and neck, while ‘InfoTrack’ and ‘Sun Hung Kai Scallywag’ gave chase and ‘Comanche’ made a swooping tack to the east of the Harbour. ‘Black Jack’s’ skipper, Mark Bradford, then put the foot to the accelerator to see the Queensland boat leave her rivals behind for the right hand turn at South Head for Hobart.

‘Wild Oats XI’ was next, Seng Hung Lee’s ‘Sun Hung Kai Scallywag’ and Christian Beck’s ‘InfoTrack’ followed. But it wasn’t long before the powerful ‘Comanche’ made a comeback to hold a slight lead, with the other supers in hot pursuit; no more than a mile between the five. Within hours of the start all were ahead of ‘Comanche’s’ record of last year, as were ‘Alive’ and ‘Wild Oats X’. 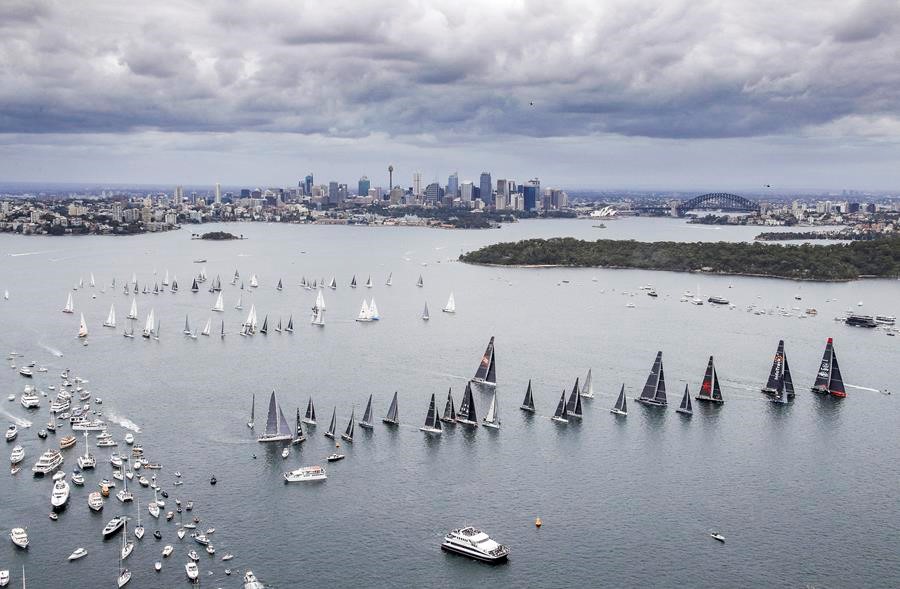 What an orderly start.
pic by ROLEX/Studio Borlenghi

‘Winning Appliances’, the Carkeek 60 best known as ‘Ichi Ban’, also got off the front line with pace, leading her 60 to 70 foot contemporaries. It wasn’t long before the two RP66’s, Phillip Turner’s ‘Alive’ and the Stacey Jackson skippered, all-female crew on ‘Wild Oats X’ had overhauled her, but the other ‘60’s’ were not far behind.

Those on the two start lines behind did not fare as well as the front line, as the breeze kept dropping out and became patchy, making it particularly difficult for the third line boats to lay their turning mark at Sydney Heads.

But all 85 boats eventually cleared the Heads, the smallest boat in the fleet, Army Sailing Club’s 30 foot ‘Gun Runner’, skippered by Reece Young, having the distinction of last boat to clear the Harbour. However, she had four or five boats for company, only slightly ahead of her.

Of the 11 internationals, Ron O’Hanley’s canting-keel Cookson 50, ‘Privateer’, was looking good – as was the first Hungarian entry in the race – the Roni Ormandlaki skippered TP52, ‘M3 Team Hungary’.

The Weather
The fleet was told by the Bureau of Meteorology at the final race briefing at the Cruising Yacht Club of Australia before the start that 10-15 knot north- easterly winds were forecast for the 13h00 start. Out the Heads, north to north easterly winds of 15-25 knots are forecast to catapult them southwards at a nice speed.

However, despite a strong wind warning expected early Thursday morning, the race should become a battle of the mind and on water cunning for all crews in a race that could especially see the fight for handicap honours and the Tattersall Cup wide open to the end. 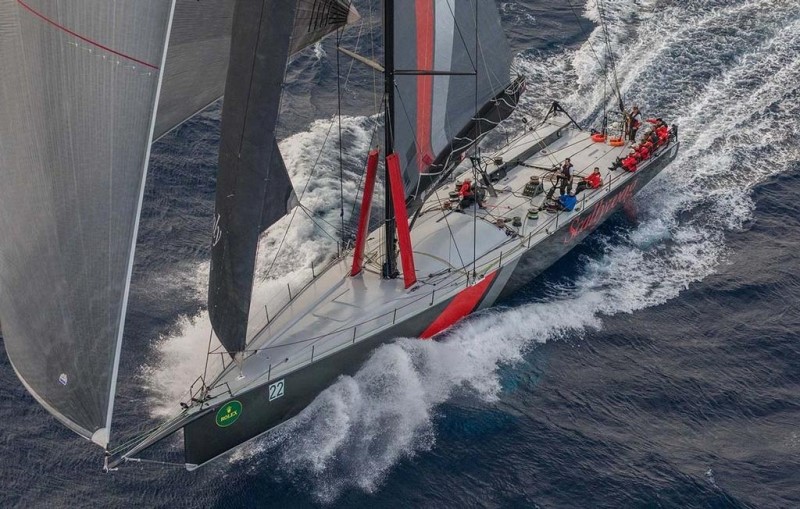 There have been two early retirements, one being Sun Hung Kai Scallywag.
Pic by ROLEX/Studio Borlenghi