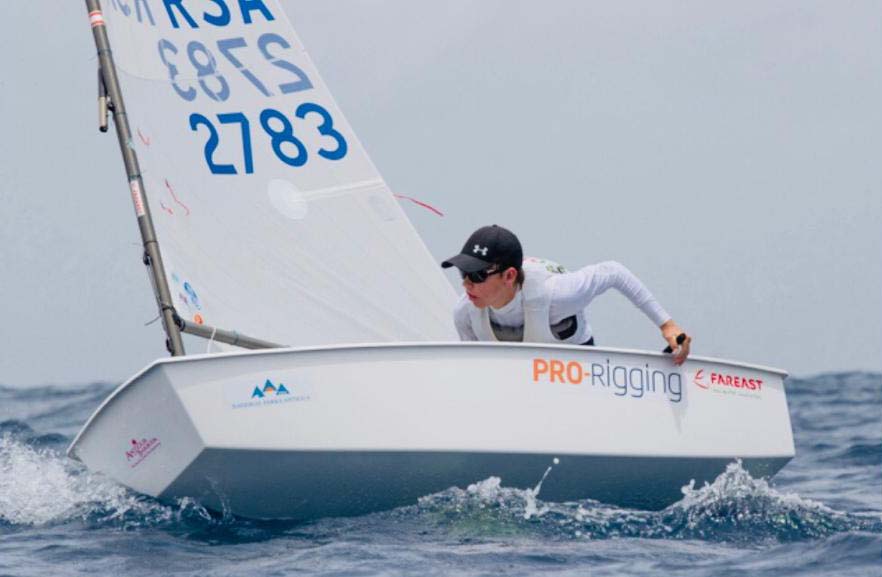 In the past few weeks I have said, on several occasions, that it’s tough in the Gold Fleet, and this was brought home to Ian Walker in quite a viscous way over the past few days.

Having won races in the opening series before the final fleet cuts were made, he looked good and was sitting pretty on the podium. But his first three races in Gold were tough as he finished with a 37; 28 and 27 to be way down the leader board. Fortunately he appears to be made of stern stuff and bounced back in the final race yesterday to score a 4th overall, sending him back to 4th overall with just the final day (today) to sail.

Does he have it in him to fight back and retain his podium place? Time will tell – and all we can do is not put him under pressure, and rather let him sail to his true potential.

The battle lines have now been drawn and the gauntlet thrown firmly down as the 2019 Optimist World Championship’s top ranking sailors prepare to thrash it out on the water in Monday’s hotly anticipated finals.

Sunday’s high winds and vigorous current saw an intense day of racing, resulting in a mixed bag of successes and losses for the young competitors.

Host nation Antigua’s famed trade winds once again packed a punch for the participants, who are aged between 11 and 15 and hail from 65 countries across the globe.

The 2019 World Champion will be crowned at a special ceremony tonight in Nelson’s Dockyard.