On This Day – 8 December. A Newspaper History of Sailing 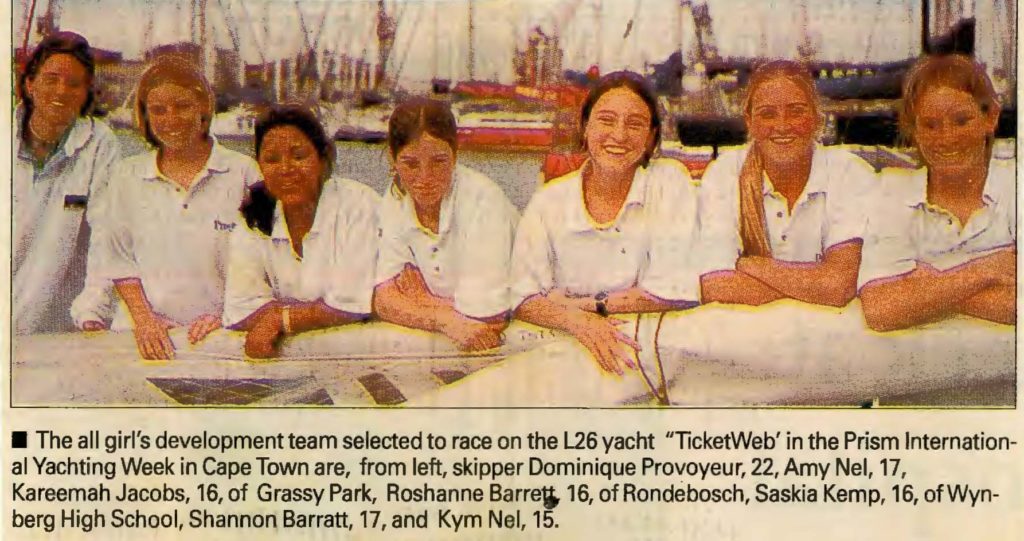 1967. “Tabarly May Sail Trimaran In Atlantic Contest”. Eric Tabarly, of France, winner of the 1964 single-handed transatlantic race, may not compete in the event next June in the £30,000 Pen-Duick Ill, which was built largely for that purpose.
To read the full report, Click on the following LINK:  1967 12 08 095_Redacted

1986. “White Crusader’s Hopes Fade After Defeat by USA”. California’s USA yesterday seriously undermined Britain’s prospects of making the America’s Cup semi-finals with a stunning three-second victory over White Crusader. Both yachts were protesting the result.
To read the full report, Click on the following LINK:  1986 12 08 661

1987. “‘Silent’ Yacht Safe”. The yacht Kyamanzi, the cause of growing concern after six days of radio silence, sailed quietly into harbour here yesterday morning with its crew of six to complete the first leg of the Clinic Dias 500 yacht race.
To read the full report, Click on the following LINK:  1987 12 08 2

1988. “Longhaul SA’s Premier Event”. The annual Longhaul race organised by the Hottentots Holland Beach Sailing Club has established itself over the past seven years as the premier offshore catamaran longhaul in South Africa.
To read the full report, Click on the following LINK:  1988 12 08 2

1989. “Tradition From Pall Mall to Table Bay”. A gleaming replica of the Duke of York’s column, which looks over Pall Mall in London, is the prestigious prize for the winner of this year’s Rothmans Week Regatta.
(ED. This is a 4 page newspaper supplement with several interesting stories.)
To read the full report, Click on the following LINK:  1989 12 08 773

1993. “Rothmans Week Newcomers May Find the Going Tough”. At first glance, a total of 59 seems to be a disappointing entry for the annual Rothmans Week, but a closer inspection of this year’s fleet reveals some high-quality yachts in a contest which may be the most competitive in many years.
To read the full report, Click on the following LINK:  1993 12 08 196

1996. “Tales of the Sea, and A Tall Ship”. A replica of 18th Century Captain Cook’s exploration vessel Endeavour docked in Durban this week.
Ahoy there maties! Ever wondered what it’s like being a swashbuckling hero standing afore the ship’s wheel, sailing and exploring the seven seas?
To read the full report, Click on the following LINK:  1996 12 08 878