On This Day – 20 December. A Newspaper History of Sailing 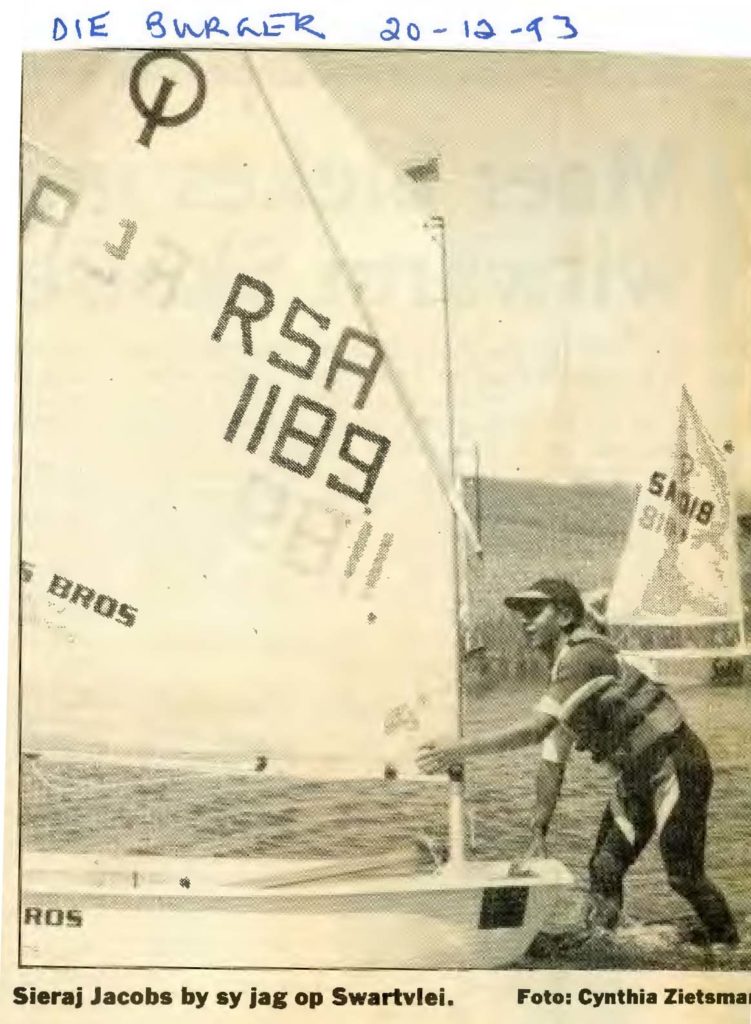 1984. “New Single Handed Yacht Race for 1986”. The world’s first single handed cross ocean race for matched one-design yachts will start from Cape Town in January, 1986 sailing to Punta del Este, Uruguay, along the same course as the South Atlantic race next month.
To read the full report, Click on the following LINK:  1984 12 20 319 13_Redacted

1988. “Dias Yacht Race to Be Repeated in 1990”. The Bartolomeu Dias yacht race will be sailed again in 1990, this time from Cape Town to Lisbon.
Mr Teddy Kuttel, chairman of the Cruising Association of South Africa, announced at the Rothmans Week prize-giving ceremony at the Civic Centre last night that it was all systems go for the event.
To read the full report, Click on the following LINK:  1988 12 20 922

1996. “When A Landlubber and A Salty Yachtsman Get Together … .”. I always knew that yachts were difficult to spot at sea but I have found that they are even more difficult to find while in port. (Have you ever been to the Royal Cape Yacht Club?)
To read the full report, Click on the following LINK:  1996 12 20 885

1999. “Rio Race Original Returns”. South African sailing enthusiasts will feel a lump in their throats on January 8 when Voortrekker, the grand dame of South African sailing, makes a nostalgic comeback to ocean racing at the start of the MTN Cape-to-Rio race.
To read the full report, Click on the following LINK:  1999 12 20 865

2000. “Drama and Self-sacrifice on the High Seas”. French skipper Yves Parlier, sailing Aquitaine Innovations in the Vendee Globe around-the-world race, has been dismasted in the Indian Ocean.
To read the full report, Click on the following LINK:  2000 12 20 332