On This Day – 10 November. A Newspaper History of Sailing

10 November was a very busy day in the newspaper history of sailing, so much so that I have really battled to cull many a good story today. But what is here will hopefully tickle the tastebuds! It’s also quite heavy on build-up news to the very first Cape to Rio race – all of which is interesting.

But first four more overseas yachts berthed in Durban, all with fascinating tales to tell. In those days these adventurers were hot news – while today it’s simply one of those things that people have on their bucket lists.

Eric Tabarly planned to surpass the exploits of Robin Knox-Johnston.

Interest in the 1971 Cape to Rio Race was massive, with the race against time to finish their boats more a priority than actually sailing the race. Some, which were already complete and sailing went ‘gale bashing’ to get to know their boats better.

And big news was the announcement of the crew of ‘Mercury’ – the Natal Ocean Racing Foundation entry.

The America’s Cup was back in the news with a headline that Bond’s daring brought triumph after disaster, and a sidebar entitled “Changing the shape of competitive yachting”.

A St Andrew’s schoolboy sailor was chosen to compete in a Laser II in England.

Ant Steward was to resume his bid in Port Elizabeth for the open boat record.

1969. “4 More Overseas Yachts Arrive”. Durban’s yacht basin became even more cosmopolitan at the weekend when another four overseas yachts arrived.
To read the full report, Click on the following LINK:  1969 11 10 607 12

1969. “The Hard Way Round”. That indomitable French yachtsman Eric Tabarly plans to surpass the exploits of Robin Knox-Johnston by sailing round the world, non-stop, single-handed, against the contrary winds.
To read the full report, Click on the following LINK:  1969 11 10 607 13

1969. “Life on the Ocean Waves to Avoid the Rat Race”. Three years ago, almost to the day, a rather unusual craft, the 40ft. Sea-going catamaran ‘Rehu Moana’ (the name means “Ocean Spray” in Maori) sailed into Durban harbour and tied up alongside the yacht-mole. She had just crossed the Indian Ocean and aboard her was a rather unusual family.
To read the full report, Click on the following LINK:  1969 11 10 607 15

1970. “They’ll Race to Rio … If Their Yacht is Finished in Time”. Taking up the full width of Mr Des Dennigan’s front garden at Mandini is Zululand’s only entry in the Cape to Rio yacht race. At the end of the month two giant cranes will lift the yacht over the hedge to a low-level trailer on which it will be towed to Durban.
To read the full report, Click on the following LINK:  1970 11 10 309_Redacted

1970. “Mercury, Diana K Practice in Gale”. Special permission was granted by the Durban port authorities on Sunday for the Rio race yachts to go to sea in gale conditions. All other small yachts were kept in port after the arrival of the QE2..
To read the full report, Click on the following LINK:  1970 11 10 361

1970. “Mercury Crew is Chosen”. For those men chosen as ‘Mercury’s crew last Thursday night it was a celebration with Bremen beer and German sausages at the Natal Ocean Racing Foundation headquarters in Durban. For the others on the list of 35 applicants from all over the province it was disappointment – but a disappointment lessened by the promise of further chances of sailing Natal’s 42ft ocean racing sloop during the next three years.
To read the full report, Click on the following LINK:  1970 11 10 362 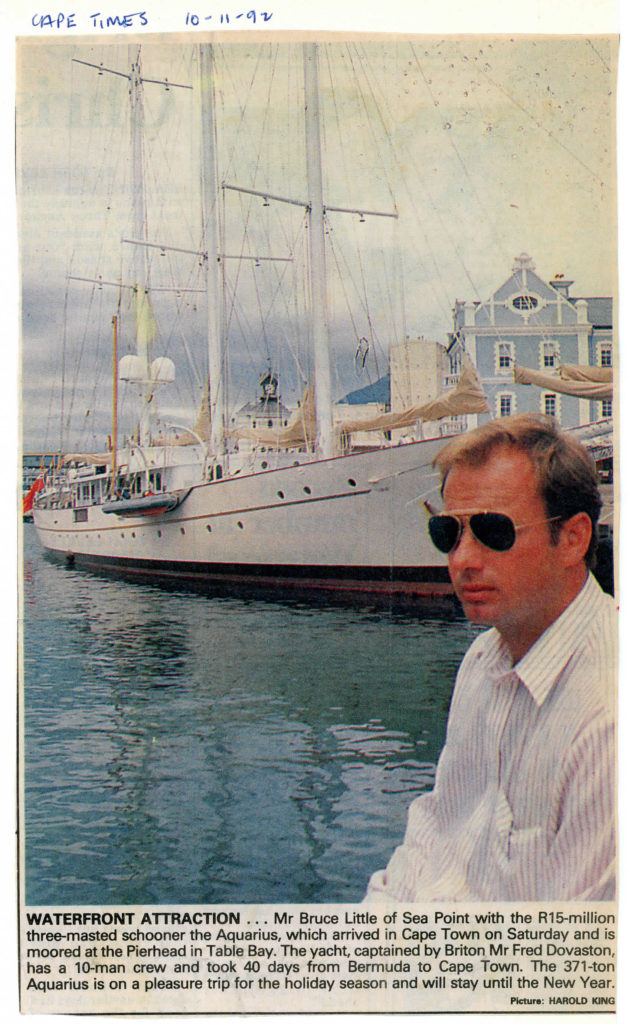 1986. “Bond’s Daring Brought Triumph After disaster”. The name is Bond – Alan Bond. Although this Australian is a fra cry from his 007 namesake, he performed a feat three years ago that could rank alongside some of the best screen performances.
To read the full report, Click on the following LINK:  1986 11 10 557

1987. “St Andrew’s Sailor Chosen to Compete Overseas?”. Next July, St Andrew’s College pupil Andrew Gaunt will attain the goal of competing at the Laser II World Yachting Championships which will be held in England.
To read the full report, Click on the following LINK:  1987 11 10 3 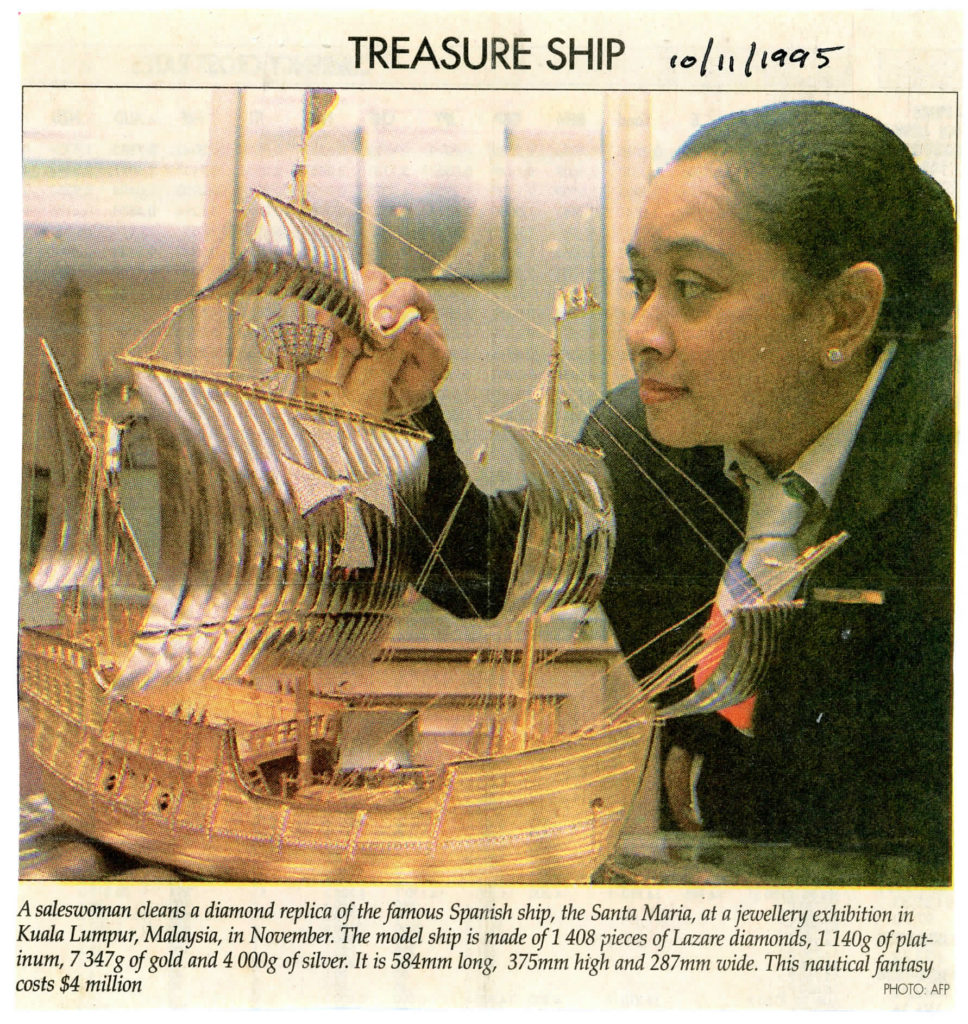 1992. “Sailor Resumes Bid for Record”. Singlehanded sailor Anthony Steward leaves Port Elizabeth on Friday to resume his bid to become the first person to circumnavigate the globe in an open boat”.
To read the full report, Click on the following LINK:  1992 11 10 434 5 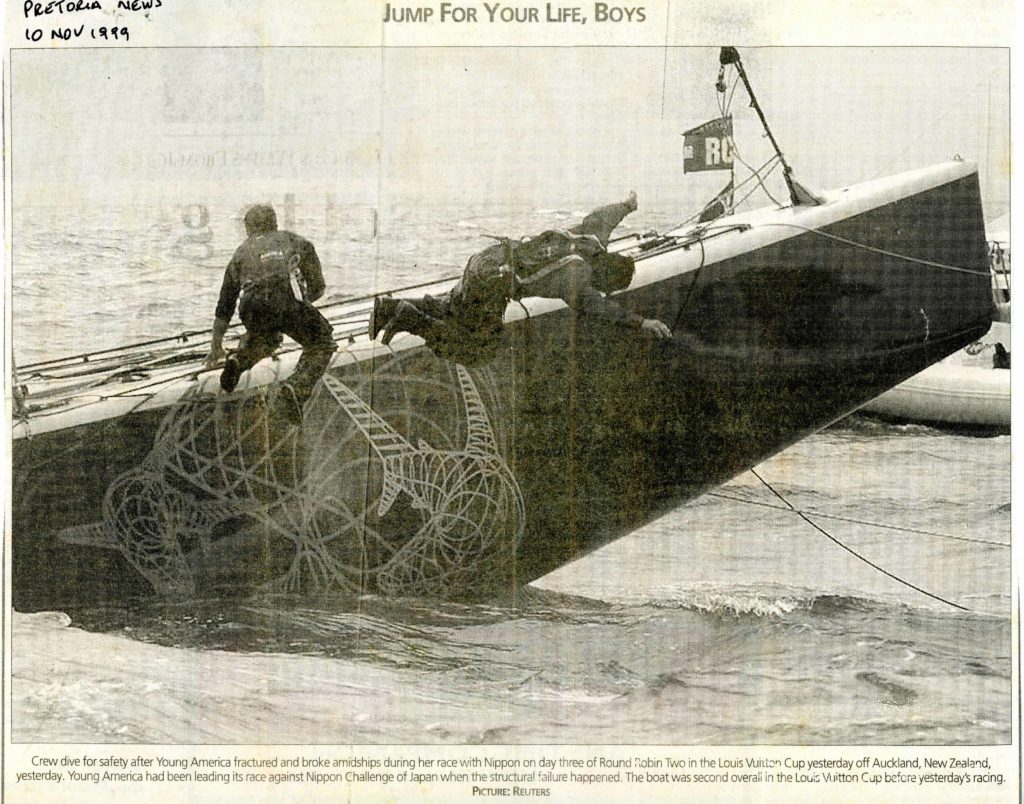