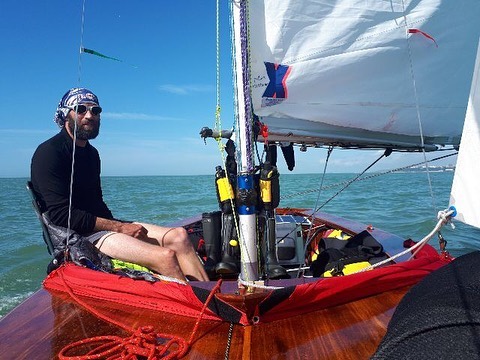 The thought of sailing non-stop for 3-4 weeks around the whole of Great Britain in a 16ft/5m Wayfarer Sailing Dinghy may not be everyone’s cup of tea, but for British adventurers and life long friends Will Hodshon and Richard Mitchell it’s the next great challenge to add to their list of expeditions.

They aim to complete the first non-stop and unassisted circumnavigation of mainland Britain in an “open sailing vessel” – their 60-year old family boat, a wooden Wayfarer dinghy.

The two friend’s are also hoping to beat both the open multihull and monohull round Britain speed records of 28 days set in 2006 and 32 days set in 2014 respectively.

Nipegegi (known as ‘Nipe’) number W198 was bought at the 1959 London Boat Show by Will’s Grandfather, Bill Hodshon and her name is made up of the first two letters of each of Will’s uncle, father and aunties’ names i.e. Nick, Penny, Geoff and Gill. Despite the personnel connection to the boat the wayfarer has long been regarded as the fastest most seaworthy dinghy for long distance voyages and hence the last two monohull records have been set in wayfarers also.

Will and Rich plan to sail the fastest, most direct route (Rhumb line) around Britain. This means sailing generally between headlands around the west and north of Scotland and around the SE and SW corners of the country but along the lengths of the country and along much of the south coast, the shortest route bypasses numerous headlands and bays and so includes huge open sea passages each over 300nm long. 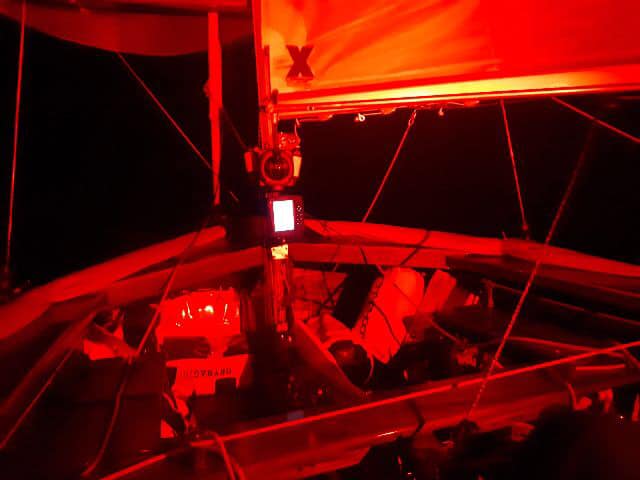 The Nipegegi Round Britain team will use this opportunity to raise awareness and support a few causes greater than their own, and are raising funds for the vital and lifesaving work of the RNLI as well as Surfers Against Sewage who do invaluable work driving change for the protection of the marine environment; a subject close to the hearts of both Rich and Suzanne (Will’s wife) who have studied and worked in the area of Marine Conservation for some years.

This attempt is not just about sailing ability and experience, but also expedition spirit and tenacity. Will and Rich have plenty of experience spent at sea for long amounts of time (anywhere from 6 weeks to 3 months non-stop) both through sailing and in their work as a marine geoscientist and fisheries researcher respectively. And also through their involvement of Antarctic and Mountain Expeditions. The success of this attempt is highly dependent on favourable weather and sailing conditions.