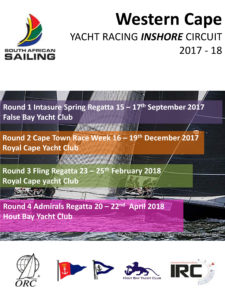 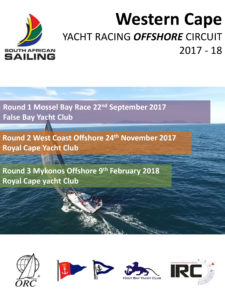 Now here’s a great concept that will give an additional boost to Western Cape offshore sailing, not that it needs it as it is already booming.

But every new initiative simply lifts the bar, gives those really competitive individuals an opportunity to strutt their stuff, while those who simply want to compete and get hard earned experience are catered for too.

This circuit not only takes the interests of ‘round the cans’ sailors into account, but offshore sailors too.

The included events are: