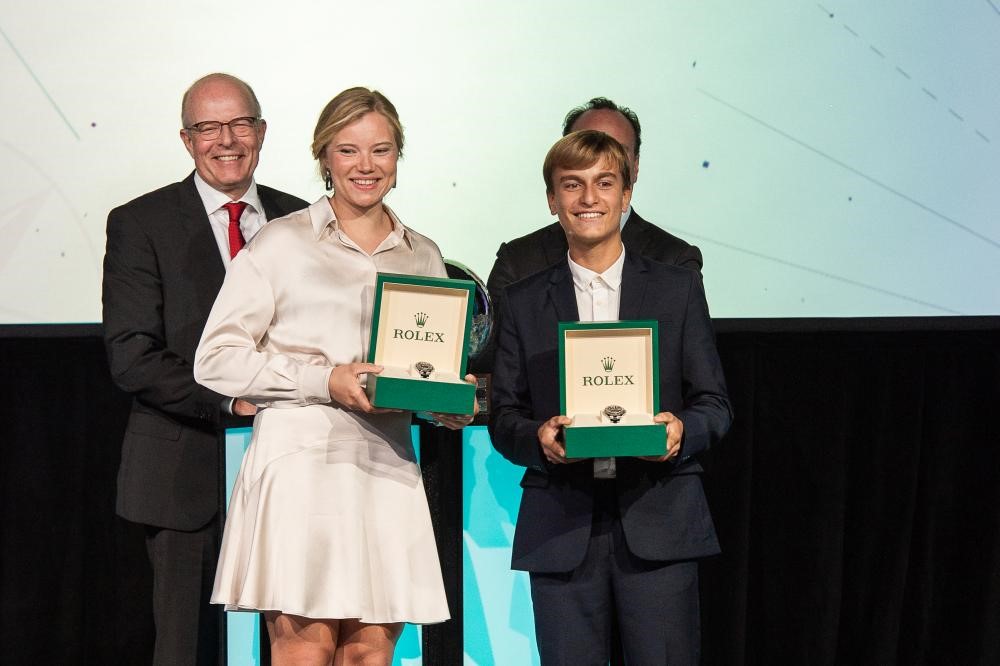 Italy’s Marco Gradoni was crowned the 2019 male Rolex World Sailor of the Year on Tuesday 29 in Bermuda, becoming the youngest ever recipient, at the World Sailing Awards. Anne-Marie Rindom of Denmark received the female accolade to follow in the footsteps of the all-time great sailors.

Gradoni, at 15 years old, was crowned Rolex World Sailor of the Year for his success in the Optimist class, having won three consecutive World Championship titles, the first sailor to ever achieve this result.

Rindom has dominated the Laser Radial over the last 12 months and found rhythm that was unrivalled as she secured her second world title, which has highlighted her as a favourite for Tokyo 2020 gold.

The World Sailing Awards celebrate outstanding achievement and exceptional contributions to the sport of sailing. It is the social highlight of World Sailing’s Annual Conference and recognises success throughout the sport.

For setting a benchmark in sustainability, the RYA / The Green Blue received the World Sailing 11th Hour Racing Sustainability Award.

The Beppe Croce Trophy was awarded posthumously to Jeff Martin, who dedicated his life to sailing through his involvement in the Laser class, and the President’s Development Award went to Oman Sail, for growing the sport in their nation and region.