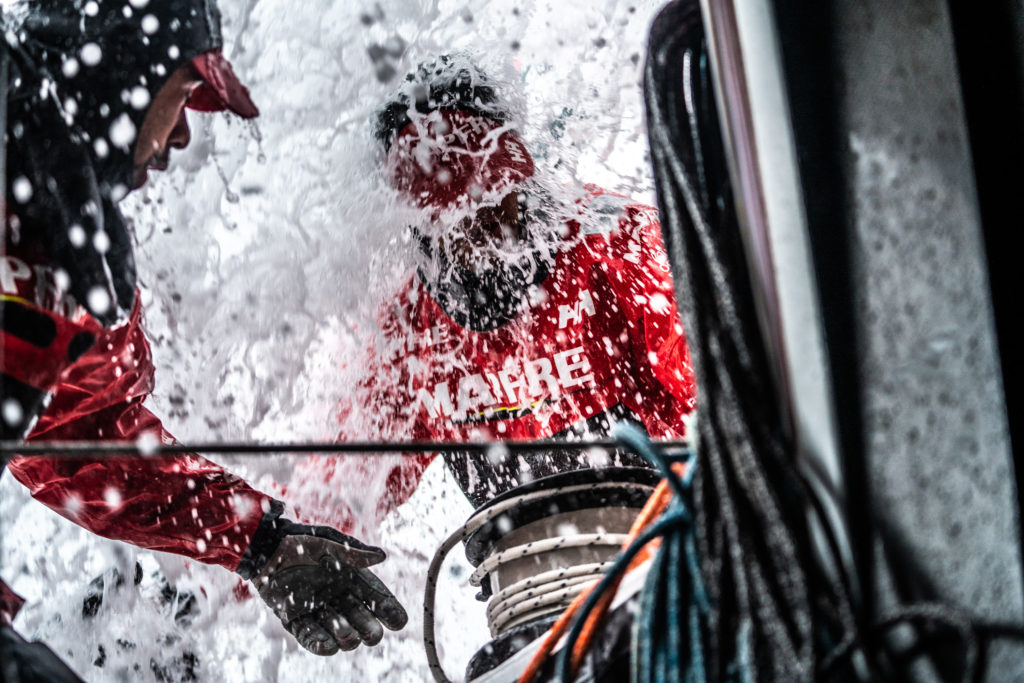 Aboard MAPFRE, Antonio Cuervas-Mons being smashed by the water.
pic by Ugo Fonolla/Volvo Ocean Race

The Spanish team MAPFRE shot into the lead of the penultimate Volvo Ocean Race leg as the fleet rocketed round the coast of Scotland.

The painfully light and fickle winds that dogged the seven teams as they crossed a high pressure ridge was been replaced by powerful south-westerlies that were blasting them north-east at breakneck speeds.

The onboard speedos were screaming into the mid-20s as winds built to more than 25 knots around ten miles off the coast of Scotland’s Outer Hebrides.

Having profited from the northerly route through the high-pressure ridge, MAPFRE emerged at the head of the fleet. 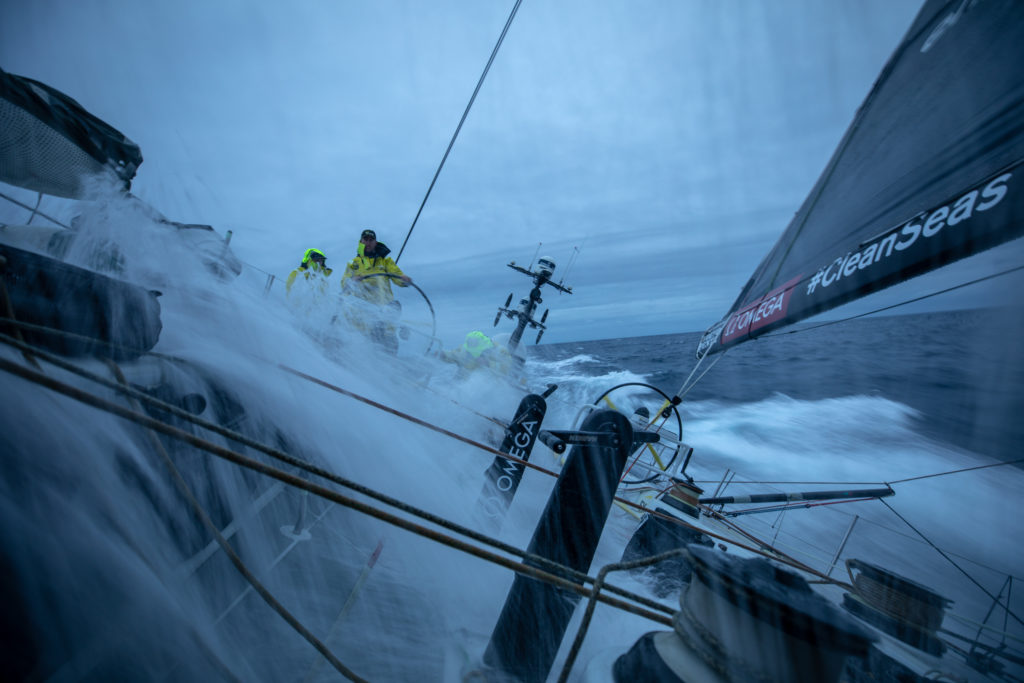 “Crossing the ridge to the west of Ireland was critical,” said MAPFRE helmsman Rob Greenhalgh. “We spent the 24 hours prior to that getting as far north as we could to make the crossing as comfortable as possible.

“We all exited at a pretty similar time, but we’ve managed to make a little extension on the others. So far so good – we’ve got all the main players right where we want them.”

With so much at stake, the teams are pushing harder than ever before in the knowledge that what happens now will ultimately affect their overall position in the race.

“It’s going to be downwind, quite windy, and now we have to be fast to catch up to MAPFRE,” said Kevin Escoffier while steering Dongfeng Race Team through the waves.

Already exhausted from eight months of full-on ocean racing around the planet, Leg 10 is taking its toll. 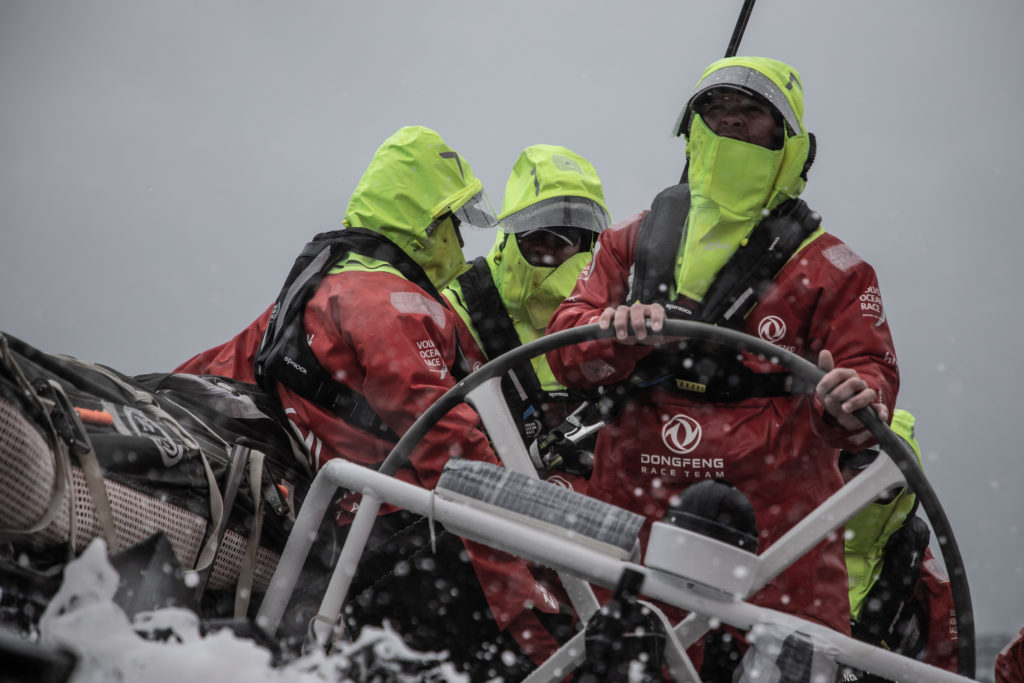 It might be the shortest leg of the race to date, but it is also shaping up to be one of the toughest.

“We haven’t slept much at all this leg,” said Australian Olympic sailor Nina Curtis, a crew member of fourth-placed Team Brunel.

“Even when it was super light we were constantly moving the stack around. I think the most sleep I’ve strung together in one go is one hour. I don’t think I’ve ever been this tired before. The guys told me it would be intense, but this is a whole new level of intensity.”

The teams are expected to arrive in Gothenburg tonight, but from a weather perspective it’s about to get much worse before it gets better.

The crews will have to fight through gale to storm force winds near 45 knots, driving rain and poor visibility as they cross the North Sea and head south along the coast of Norway.

They can expect to be pushed to their limits – and beyond – before stepping on to dry land again.
.
The nail-biting action can be followed live all the way to the end of the leg on the Volvo Ocean Race tracker. 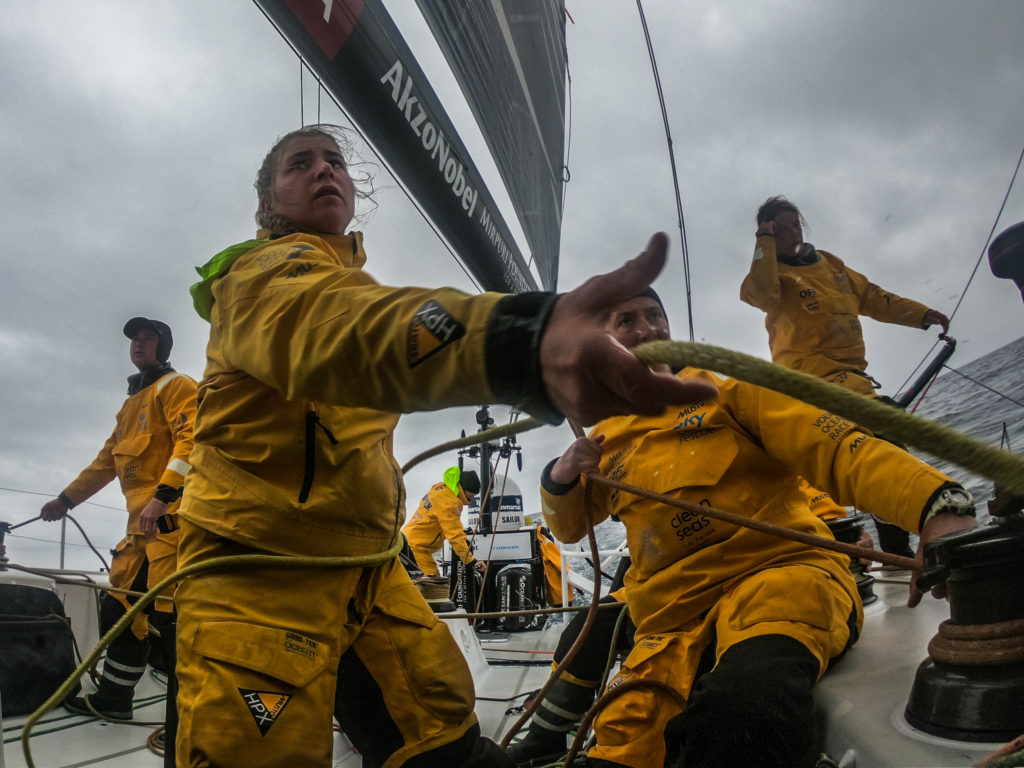 All action aboard Turn the Tide on Plastic.
pic by Jen Edney/Volvo Ocean Race