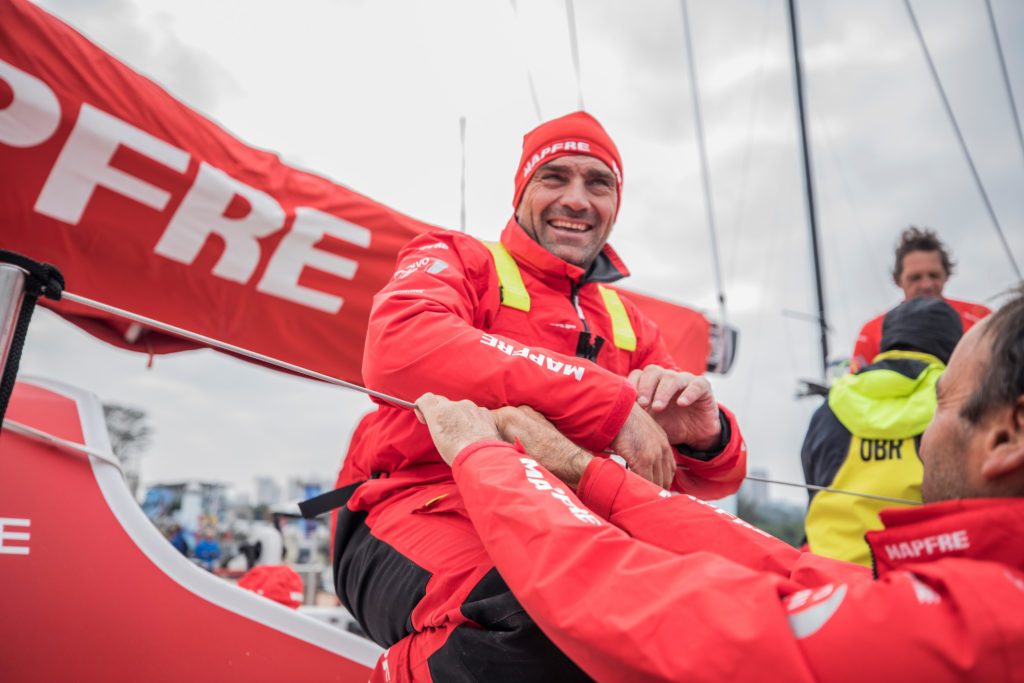 The Spanish MAPFRE team took victory in Guangzhou to open a five-point lead at the top of the In-Port Race Series leader board.

More importantly though, she is alone at the top of the In-Port Race Series leader board, after a wire to wire win.

“It was very tricky racing in the river of course,” said MAPFRE skipper Xabi Fernández. “We had a very good start and then we were able to stay in phase with the wind and current and extended away.”

It was a more challenging afternoon for the hometown heroes on Dongfeng Race Team, who were over the starting line early, along with SHK/Scallywag. 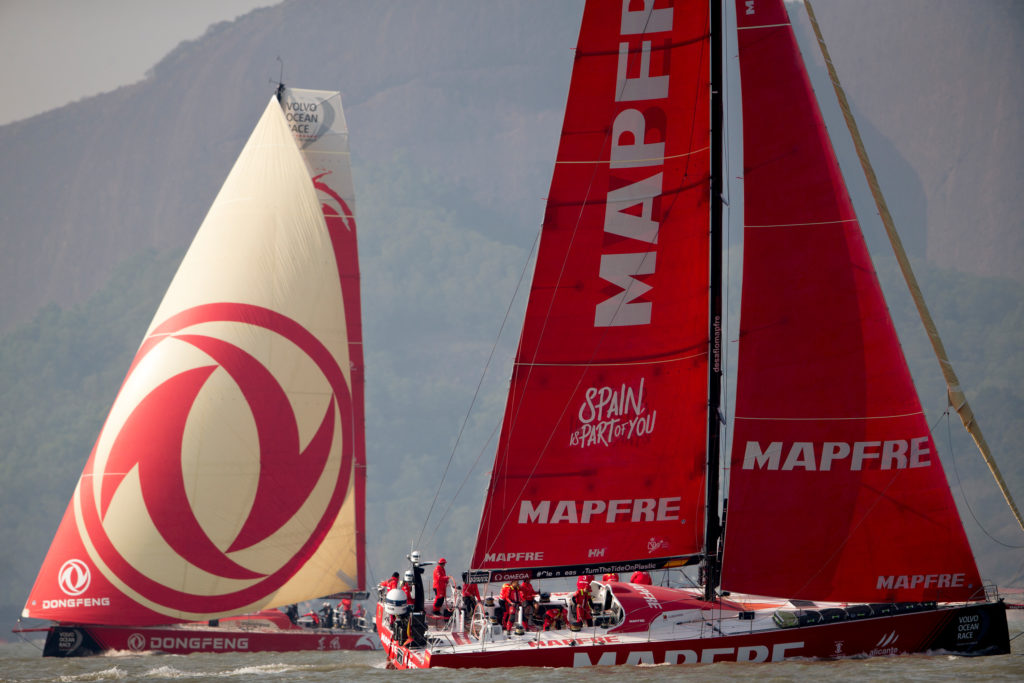 The top dogs, MAPFRE and Dongfeng in the background.
pic by Pedro Martinez/Volvo Ocean Race

But while Scallywag returned to re-start cleanly, Dongfeng found itself tangled up with the anchor line for the start mark – by the time they were free the rest of the fleet was hundreds of metres up the course.

While MAPFRE started well and extended away for the win, there was a real battle for second place between Team Brunel, with America’s Cup winner Peter Burling on the helm, and team AkzoNobel. 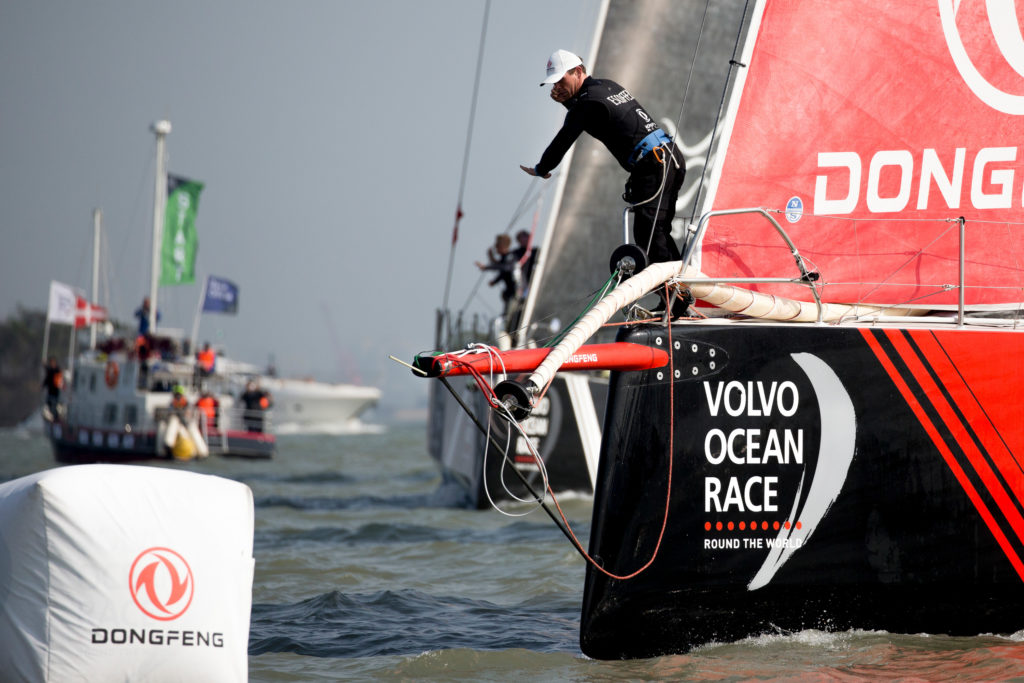 Competition is fierce out there.
pic by Pedro Martinez/Volvo Ocean Race

The pair switched places time and again on the first three laps of the course, before Burling and Brunel extended slightly on the last upwind leg to gain some comfort on the final run to the finish.

Scallywag, who were third at the first top mark, fell to Brunel on the first run and then had fourth place to themselves the rest of the way.

Meanwhile, Dongfeng Race Team was making every effort to pick up at least one position before the finish. The gap with Turn the Tide on Plastic narrowed on each leg, but in the end, Dee Caffari was able to hold off the late charge and secure fifth place, leaving Dongfeng in sixth.

The fleet depart from Guangzhou this morning (Monday) for Auckland, with a short stop scheduled in Hong Kong before a re-start on Wednesday February 7.