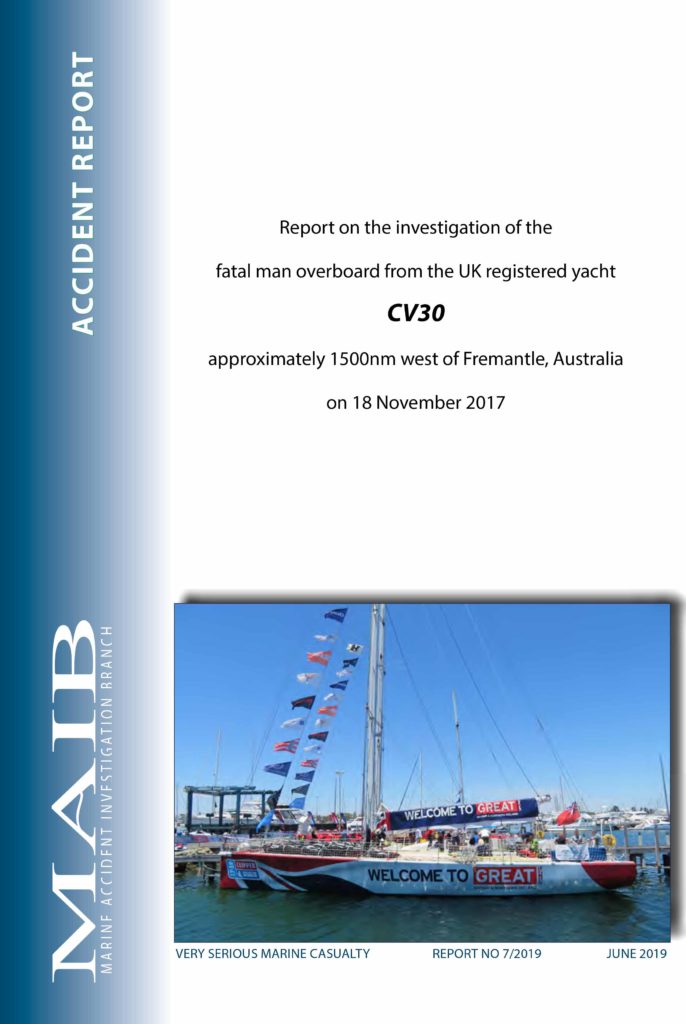 Clipper Ventures who stage the Clipper round the world yacht race take safety at sea matters very seriously, as does MAIB – the Marine Accident Investigation Branch in the UK.

In November 2017 a crewman fell overboard and was lost. The investigation and report into this incident have just been published, and to me anyway, are compulsory reading for anyone who ventures to see in a sailing vessel, whether simply for a day sail, overnight passage or a more extensive voyage. The reason is simply that there is so much to learn from this incident and the very extensive MAIB report.

DON’T think it won’t happen to you – and that you know everything! Please read the full report and the annexures too.

Summary
On 18 November 2017 a crewman fell overboard from the foredeck of the Clipper Ventures’ yacht CV30.

The accident occurred following an accidental gybe in very rough seas while the crew were lowering the headsail. The crewman was initially secured to the yacht by his tether, but before the crew could recover him on board his tether hook distorted and released. After the fall overboard, the skipper, who was on the helm, tried to slow the yacht and manoeuvre to recover the crewman, but his ability to do so was limited as a result of damage sustained during the gybe. The crewman was recovered 32 minutes later, but sadly with no signs of life.

• Minimising yacht defects to avoid undue workload for the crew, contributing to their fatigue, lowering morale and increasing the chance of mistakes

Recommendations
Safety recommendations (2019/110, 2019/111 and 2019/112) have been made to the BSI Committee, World Sailing and Spinlock regarding updating guidance to raise awareness of the dangers of laterally loading safety tether hooks.

Safety recommendations (2019/113 and 2019/114) have also been made to Clipper Ventures to review and update its risk assessments and procedures particularly for foredeck operations and methods for recovery of both tethered and untethered man overboards, as well as yacht maintenance and repair aspects 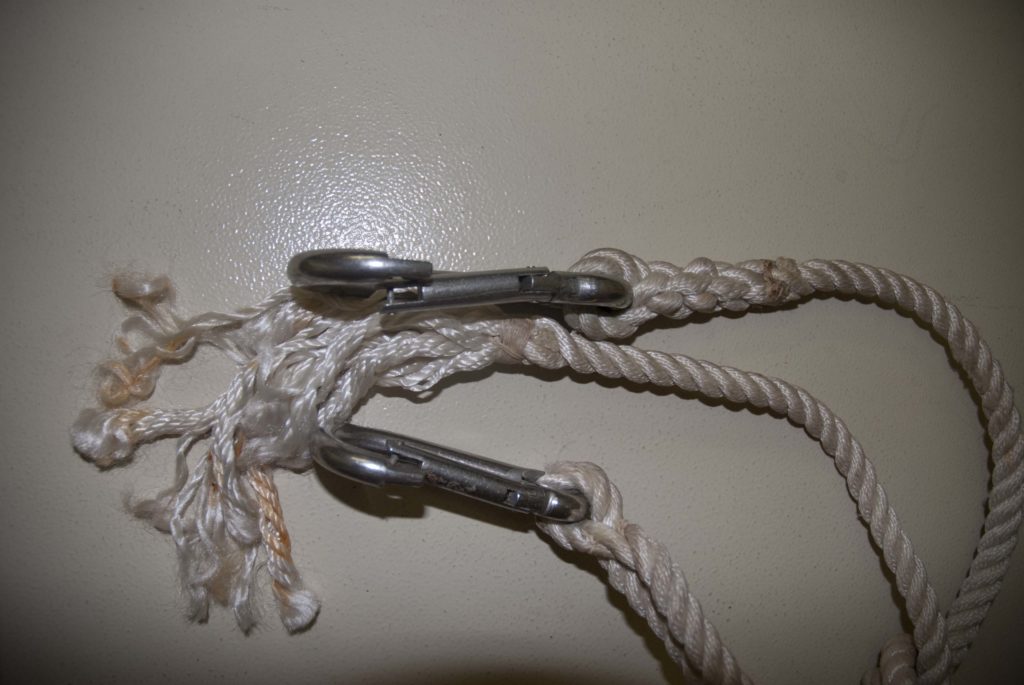 NOTE. This picture was taken after the 1984 Vasco da Gama Race and clearly shows the safety hooks having been distorted under load. These hooks were on the safety harness worn by Dave Cuthbert in that race. This distortion occurred despite him not being washed overboard, and happened under load during that viscous storm which claimed 5 lives.