Lost at sea in the Volvo Ocean Race

The Great Circle Sails blog is written by Brian Hancock who has a wealth of experience in major ocean races, including the Whitbread Race.

His latest Blog airs his forthright views on the recent man overboard tragedy in the Volvo Ocean Race.

Subscribe to his Blog, or see what else he writes HERE 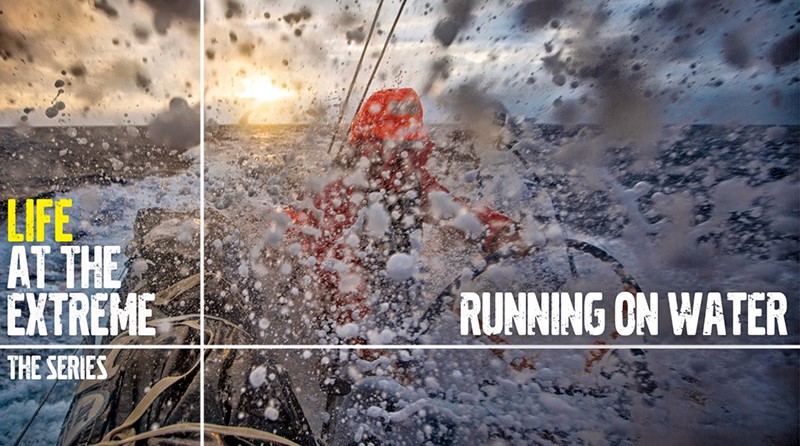 I will deal with the pleasantries first then get into the meat of the matter. I wish to extend my condolences to the family and friends of John Fisher, the crew member who was tragically lost overboard from Team Sun Hung Kai Scallywag in the Volvo Ocean Race. It was first light on board Monday morning as the boat was romping downwind in very fresh conditions when Fisher was swept overboard. He was, according to his crew mates, wearing a survival suit and carrying all the requisite safety gear but after two hours of searching in very brutal conditions they gave up. A ship was diverted to the area to help with the search but it would be nothing more than searching for a needle in the proverbial haystack, which in this case was the vast Southern Ocean. VOR race HQ in Alicante decided that turning some of the other boats around to help with the search effort would be futile. They would be sending them upwind in 40 knots and in those conditions it would take them so long to get back to the search area that Fisher would likely have perished by the time that they got there.

So that’s the nice part, or at least the polite part. These boats are absurd for sailing in those waters and the management team at VOR are complicit in the death of John Fisher. Any sailor worth his or her weight in rum will agree that taking a boat with practically zero on-deck protection into the very hostile waters of the Southern Ocean is asking for trouble. Yes the Volvo Ocean Race has the tag line; Life at the Extreme but give me a break. Extreme what? Extreme stupidity? Look at the video footage. There is plenty of it and it’s pretty compelling. Boats hurtling down the face of a cresting breaker at 25-30 knots only to plow into the wave ahead sending waist deep water cascading down the deck. The late great Sir Peter Blake used to call this going into the ‘Green Room.’ Just how many times can you do this without having someone on deck get washed into the wake and lost at sea? 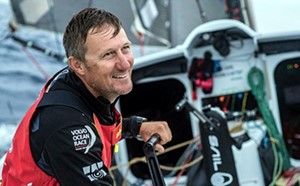 I appreciate that John Fisher had all his (mandated) survival gear with him but he never stood a chance. I have been following the VOR closely and the boats have routinely been sailing at speeds well in excess of 20 knots. At those speeds by the time the crew on Team Sun Hung Kai Scallywag are able to turn around they will be well down the race track. Poor John Fisher can be blowing his red whistle as loud as possible but there is simply no way they are going to find him. Don’t forget that the crew have to take down the spinnaker, or whatever they had up at the time, get a headsail from below and hoist it before they can turn into the teeth of a Southern Ocean gale. They can’t go directly upwind, they have to tack and who knows, they could have been close. Mr Fisher might have been just over the next swell but they would never have seen him. If you have ever sailed in those conditions, or seen waves like they get in the Deep South, you will know what I am talking about.

The Volvo Ocean Race management seem to have refused to acknowledge that their One Design fleet is a death trap waiting to happen and now it has happened and sadly John Fisher is gone. I am sad and mad at the same time. Other offshore events like the Vendee Globe are raced in ‘sensible’ boats and by sensible I mean that there is protection on deck. Heck the great Francois Gabart sailed his huge trimaran around the world hardly having to go out on deck at all. All the control lines were led back to an enclosed pod so working the sails could be done in a confined and safe area. The designers knew that it’s dangerous going out onto an exposed deck in rough conditions. So did the VOR management, but instead of taking some measures to protect the sailors they celebrated their stupidity with a silly slogan, Life at the Extreme.

OK now you can have a go at me all you want but I have earned the right to have an opinion. I have sailed those waters many times and know what it’s like when a cold, gray cresting wave comes up from behind to send you hurtling down the front of it. The difference when I sailed there is that the speeds were less than half what the modern day sailors are experiencing and even then it was stupid. John Fisher is now the seventh crew member to be lost at sea in the Volvo/Whitbread, and unless the boats are radically redesigned he won’t be the last.