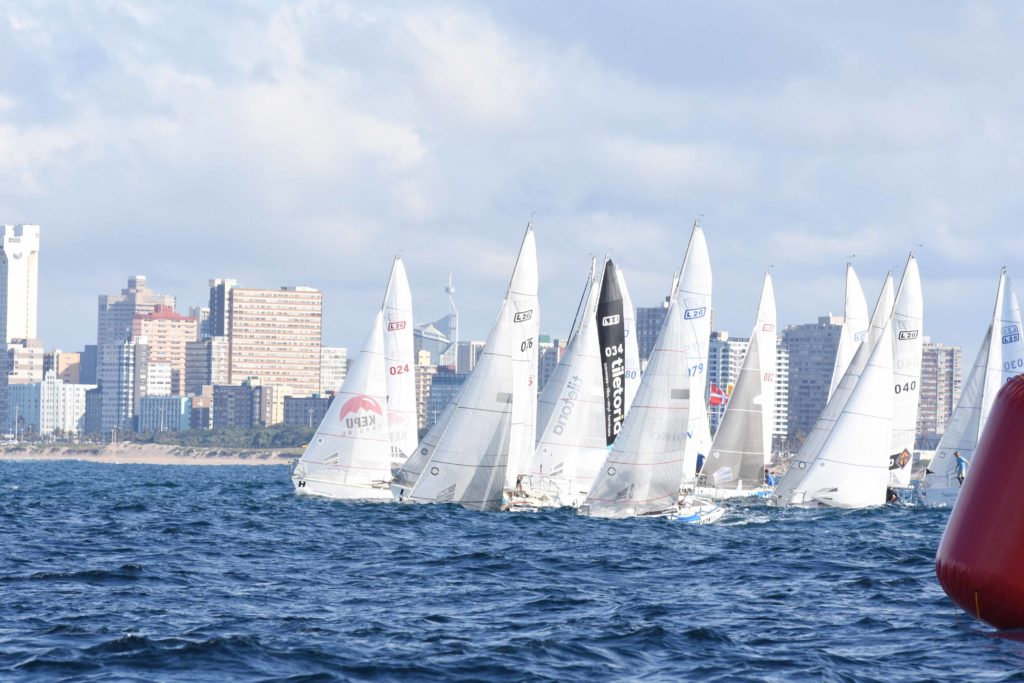 Seconds after the start of Race 1.
pic by Richard Crockett/SAILING Mag Blog

What A Dramatic Finish!

Today was a long hard first day of this 6 day regatta as the wind really did not play ball by refusing to give any hint of providing enough pressure to sail in, and then when it did come though continued to switch for the duration of the race.

But it was right on the finish line, literally less than a few metres from the line, that the race was won and lost. 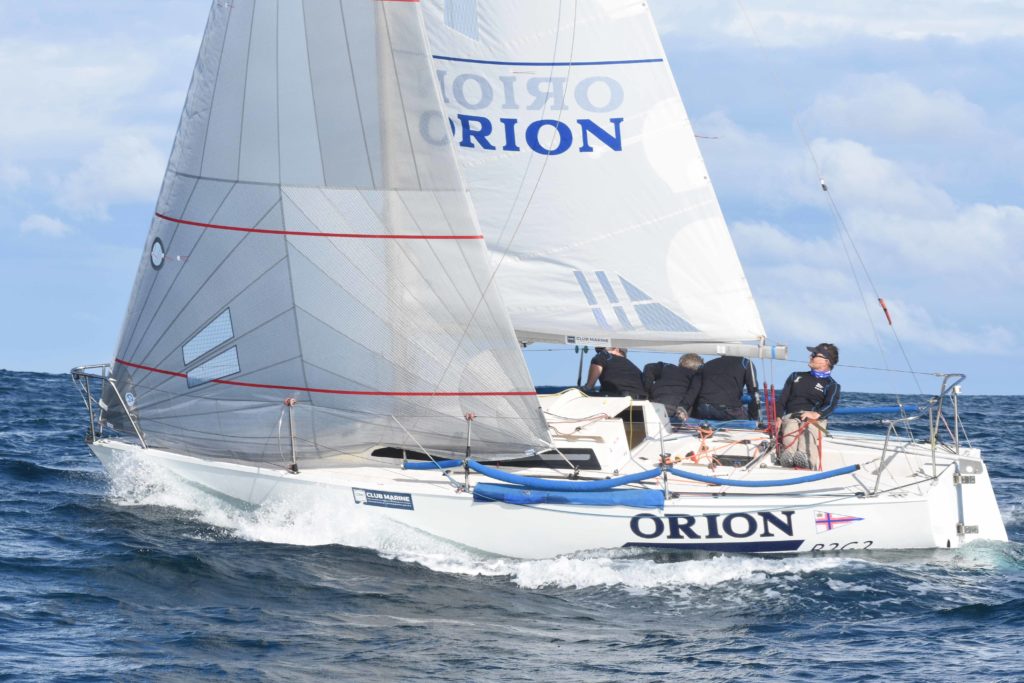 The final beat had the wind dropping in strength quite dramatically, and switching too, almost making the final leg a lottery. The Royal Cape Yacht Club team who had led at every buoy bar the first one had the unenviable task of having to cover the fleet in the dying wind to protect their first place. They appeared to have this totally under control, and in a tacking contest with the Royal Natal Yacht Club boat as they closed the finish appeared to have them pinned neatly away. But the RNYC kept coming fast and sailing high, resulting in the RCYC put in a desperate tack for the finish line – and allowing the RNYC boat to sneak ahead. It was tight, it was close and it was heartbreaking for the RCYC guys who had a lead of over 1 minute with the final lap to race. 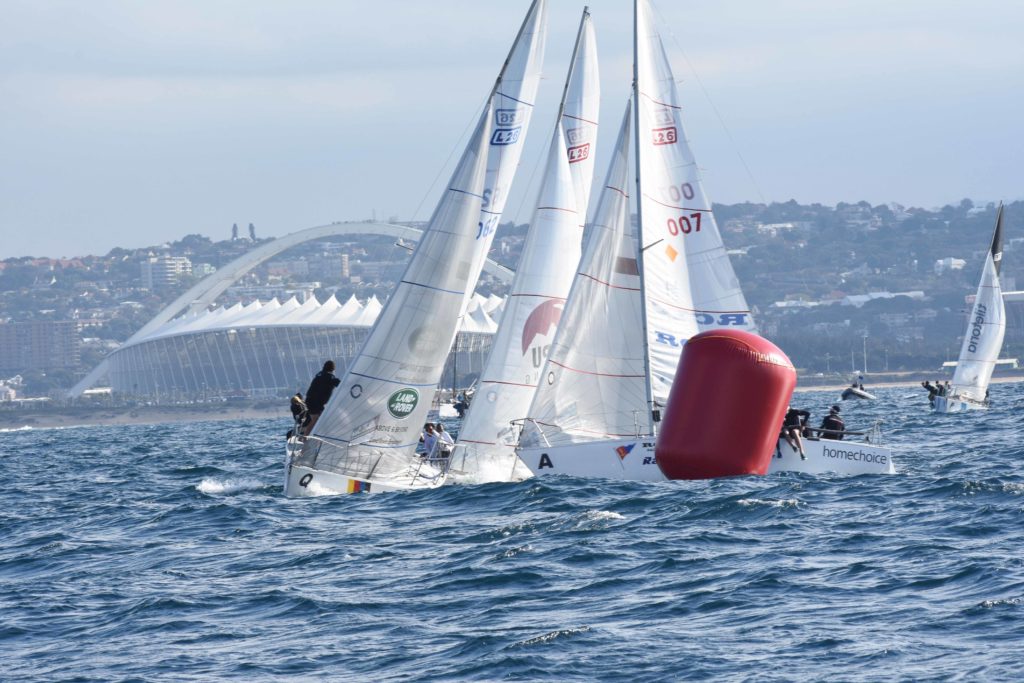 Approaching the weather mark at the end of the first beat.
pic by Richard Crockett/SAILING Mag Blog

There was further drama as 3 boats were disqualified for staring early under the U-Flag rule, so in effect victory in the regatta is now beyond them as there are no discards in the Lipton Cup. 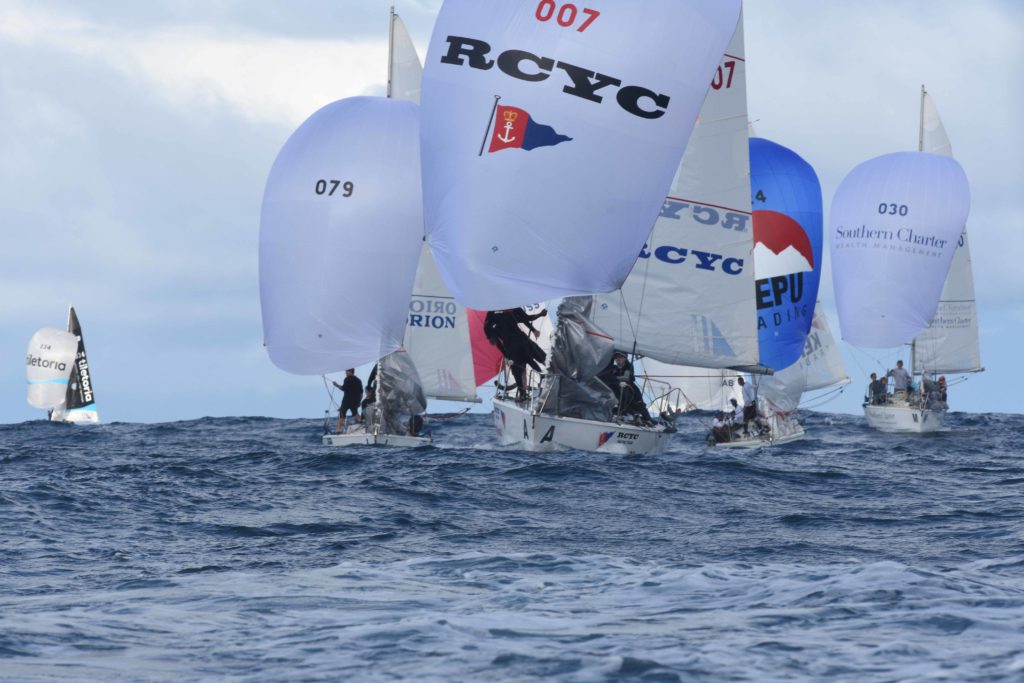 The fleet neatly tucked away behind them.
pic by Richard Crockett/SAILING Mag Blog

For the yachties and technical pundits, Rule 30.3 describes the start under a U-Flag. Quite simply put, the rule says that no part of the boat’s hull, crew or equipment shall be over the start line during the last minute prior to starting – and instant disqualification from that race is the penalty.

Because the wind was so light and switchy, on 8 boats of the 17 starters finished the race withing the time limit.

The first beat saw the left side of the course pay, with the Zululand Yacht Club boat rounding in top spot, followed by the Royal Cape Yacht Club boat and the Langebaan Yacht Club team. A very poor attempt at a spinnaker hoist by the ZLYC crew blew their chances of handing in at the top, and the RCYC taking the lead – which they held until the final metres of the race.

With the wind shifting so much the course had to be changed several times to keep it true – all this making conditions very tough for the competitors, and undoubtedly the Race Officer who needed nerves of steel to get the race in. 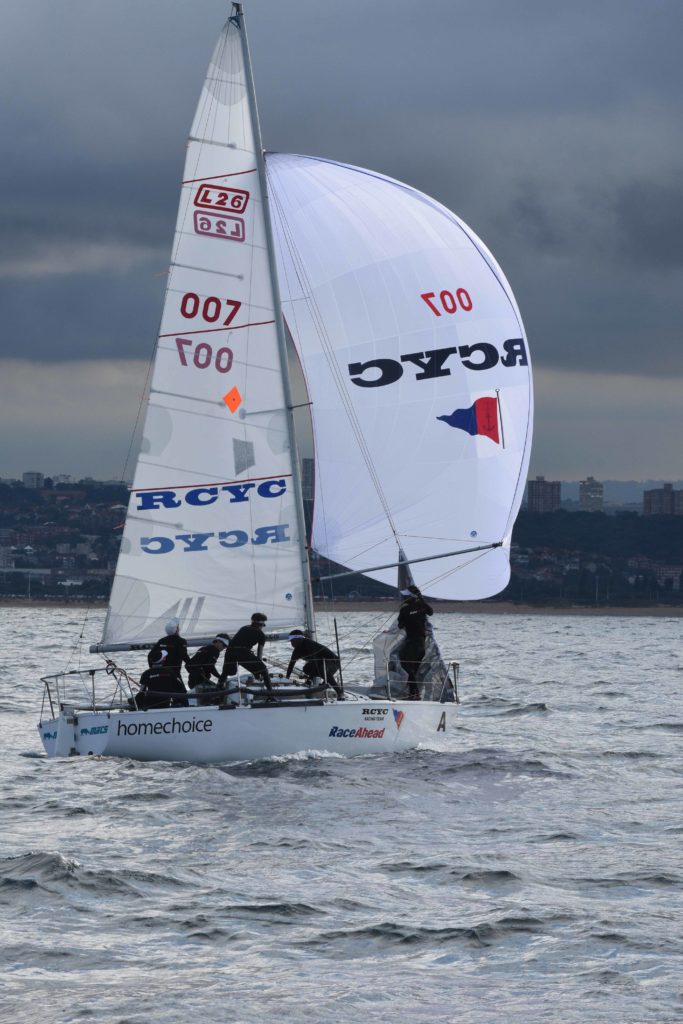