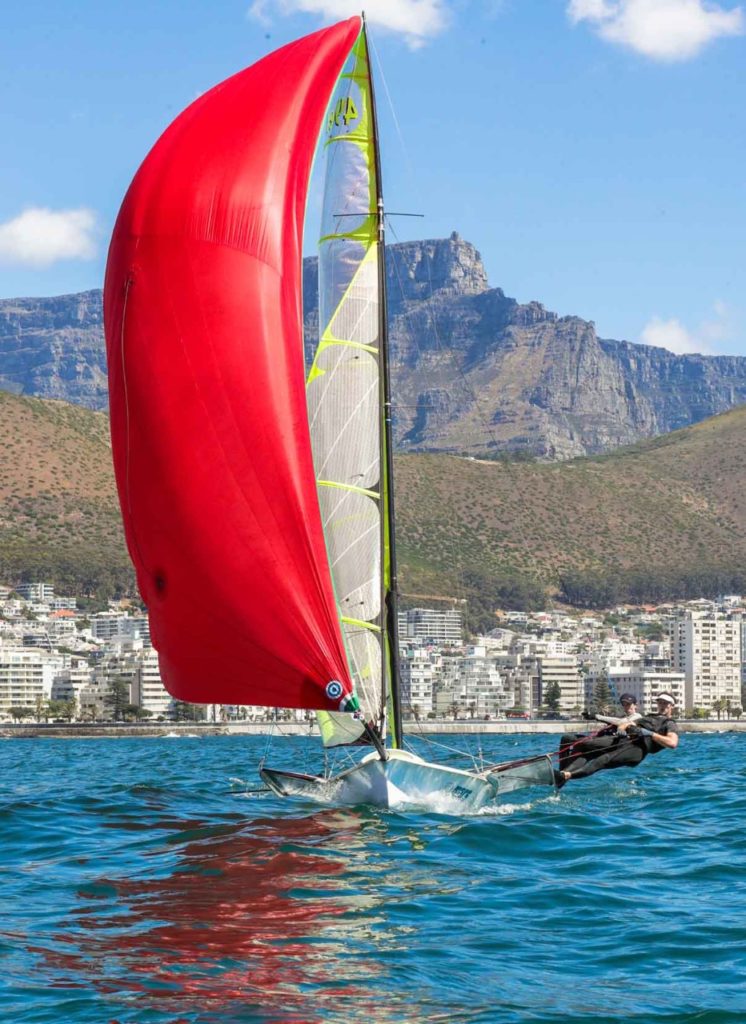 Benji Daniel on the helm with Alex Burger on trapeze.
Pic by Liesl King

The Kieler Wocher regatta is better known to English speakers as Kiel Week, but whatever you call it, it’s a massive event that runs over a few weeks and incorporates many different dinghy classes. It’s one of those events that dinghy sailors the world over simply have to do once.

Experiencing it this year are two RSA teams, Benji Daniel and Alex Burger in the 49er, and Kai Leslie in the Standard Laser for men.

For these guys, racing starts tomorrow, where big fleets, masses of boats, and great sailing conditions will welcome the guys.

Liesl King spoke to Alex Burger about the 49er campaign several weeks before he and Benji Daniel left for Europe where they planned to train intensively before competing in Kiel Week.

As an aside, Daniel and Burger, who are coached by Roger Hudson, hit some serious good luck when they were invited to train with the Germans where I am sure that they learnt an immense amount which will stand them in good stead.

“Our plan is to train as much as we can here in Cape Town, where it is cheap, easy, convenient and we can put in a large amount of hours with the support that we have here. And, to really become fluent in the boat. The halfway mark for us will be Kiel Week. That will be our litmus test, where we go and test our abilities and go practice racing, which is the other crucial element of professional sailing. The plan is then to come back and do another big training stint in Cape Town followed by the World Championships in Auckland, New Zealand at the end of the year, which will be the biggest event for us” said Burger.

Burger is acutely aware of the fact that the 49er World Championship in Auckland in December is also the last remaining World Championship where they can still qualify for the Olympics. There are ten Olympic spots still available, with four open world berths at the 49er World Championship in Auckland and six Continental spots spread over four Continental Qualification Events, one of which is the African qualifier at the Hempel Sailing World Cup in Genoa in April 2020. The biggest Olympic qualifying event having been the Hempel Sailing World Championships in Aarhus, Denmark in July 2018, where eight berths were allocated, while the ninth berth went to the host nation, Japan. This was held at a time when the duo were just coming to grips with the intricacies of the 49er, with their new boat having only just arrived in South Africa.

“We will start our racing training with the World Championship in Auckland in December, followed by another World Championship in Geelong in Australia in February. Our aim is to continue with our racing training all the way through to July 2020 attending as many events as we can in the first seven months of next year. The 51st Trofeo S.A.R. Princesa Sofia in Palma de Mallorca in March, the World Cup Series Round 3 in Genoa in April, Medemblik in May and the Kiel Week in June are all on our list. Pretty much wherever the European 49er sailors are going to be, that’s where we would like to be.”

What some people don’t know is that Benji Daniel and Alex Burger won the 29er World Championships in 2017 at their very first attempt. So they have a great pedigree – and experience on skiffs as the 29er is the baby brother to the 49er. 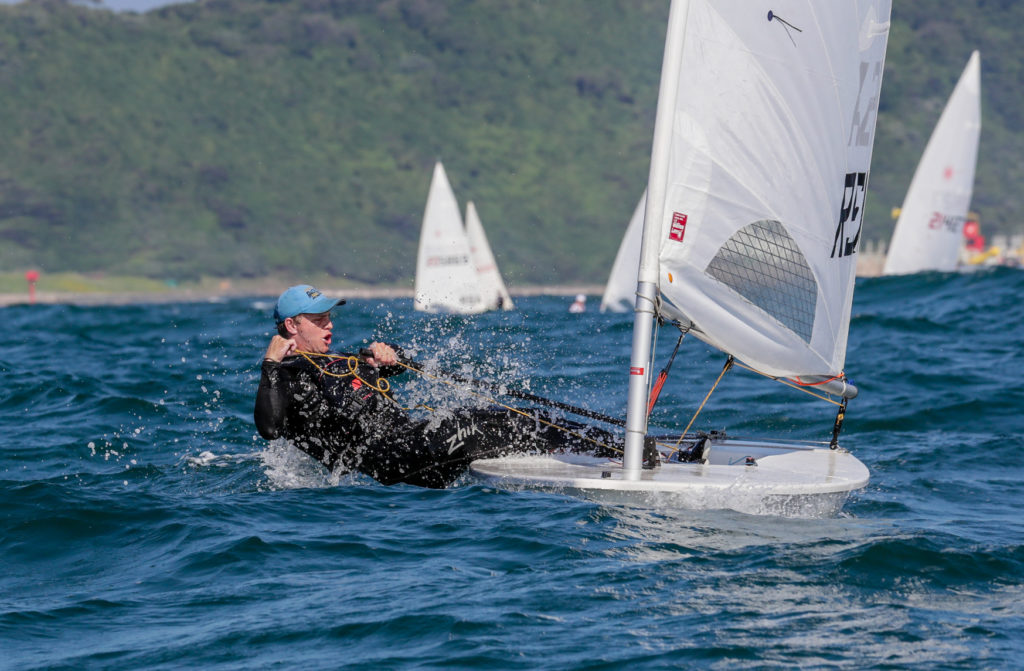