IT’S ALL ABOUT THE ADVENTURE 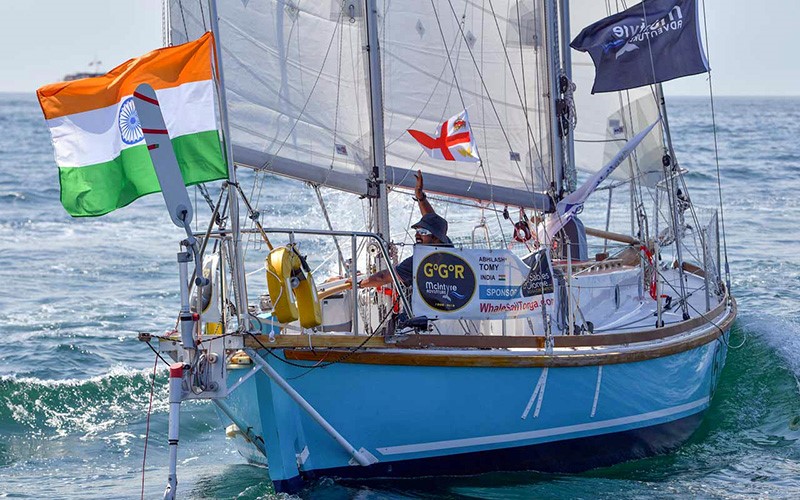 by Brian Hancock I have followed the online comments about the rescue of Susie Goodall, some with bemusement and some with disdain. Before I explain let’s recap what happened. Susie Goodall, a 28 year old British sailor was competing in the Golden Globe Race when her yacht was pitchpoled in the Southern Ocean. The yacht was dismasted and in pretty bad shape and Susie made the decision to seek rescue. Last Friday the Hong Kong registered cargo ship MV Tian Fu came to her aid and using a crane hoisted her off her stricken boat to the safety of the ship. Of the 18 sailors that set out from Les Sables-d’Olonne, France on July 1 earlier this year, only seven remain in the race. Eleven sailors have either been rescued or made it to port and some of the competitors are not yet halfway around the world. If truth be told it doesn’t look good for the event and its future and that has many asking whether the race officials should call the race off before someone dies. So here is my take on this. Each sailor that had the idea to enter the race, that raised the money and made the extraordinary effort that it took to get to the start line knew exactly what they were getting themselves into. No one was coerced, no one was bribed. Nope they signed up willingly and enthusiastically and I think that they should be saluted for their courage and commitment not only to the sport of sailing and of adventure, but to humanity. We need more Susie Goodall’s in this world. We need more people willing to push themselves and the limits as far as possible. New worlds would never have been discovered were it not for the brave seafarers that came before us. Heck, what if Columbus had said that the dangers were too high to take a risk? No, we need more, not fewer people out there pushing toward new horizons and if some of them come a cropper along the way then so be it. Lucky we now live in a modern, civilized society where they can be rescued. It wasn’t that way just a few decades ago. If you were gone you were truly gone. 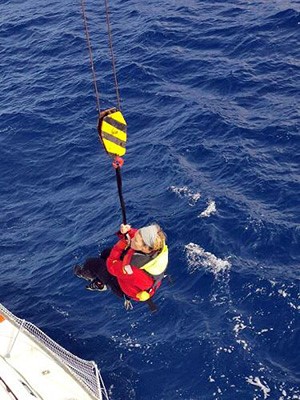 I admire the concept of the Golden Globe Race, it’s purity and simplicity but I have to wonder if the kinds of boats being used make any sense. In the original Golden Globe Race that took place 50 years ago there was only one finisher; Robin Knox-Johnston aboard his 32 foot Bermudian ketch Suhaili. The rest of the fleet didn’t make it to the finish and that should have been fair warning for anyone entering this most recent race. Odds were pretty good that you were not going to make it around the world. So far there have been five dismasting and three rescues and most of the fleet are just over halfway around. There are a lot of potholes between where they are and the finish in France. The thing about these boats is that when you are sailing in big seas like those found in the Southern Ocean speed is your friend and these full keel boats are dog slow. Furthermore with a full keel and a trim-tab type rudder, if your boat is pushed beam-on to an approaching wave they are not able to respond quick enough, the barn door of a keel sees to that, and you are left sideways at the mercy of whatever the ocean will toss your way. One other thing to remember is this. The climate has changed a lot over the last few decades and the severity of the storms is increasing and there is simply no arguing that. I remember a time (not so long ago) where you could read the book Ocean Passages for the World and it would describe the best sailing route between major sailing destinations and if you followed the advice from the book it was pretty true to form: no longer. We used Pilot Charts in the early Whitbread Races and they would have wind vectors showing what wind speed and direction you could expect in a certain part of the ocean at a certain time of year but they are no longer accurate. Too much has changed and not for the good. While it’s most definitely a mammoth task to sail a 100-foot trimaran around the world it’s a lot safer than a 30-footer. For starters they can see what weather to expect and get out of the way of bad storms. The Golden Globe sailors are at the mercy of whatever comes their way and even if they saw a massive front approaching their boats are too slow to do anything about it. The next Golden Globe will take place in 2022. I am sure that there will be plenty of entries despite the damage done to this fleet. I hope that Don McIntyre, the founder and race organizer is able to fashion the next race so that it has the character of the original but is a lot safer. And I hope that Susie Goodall returns. Follow Brian Hancock HERE 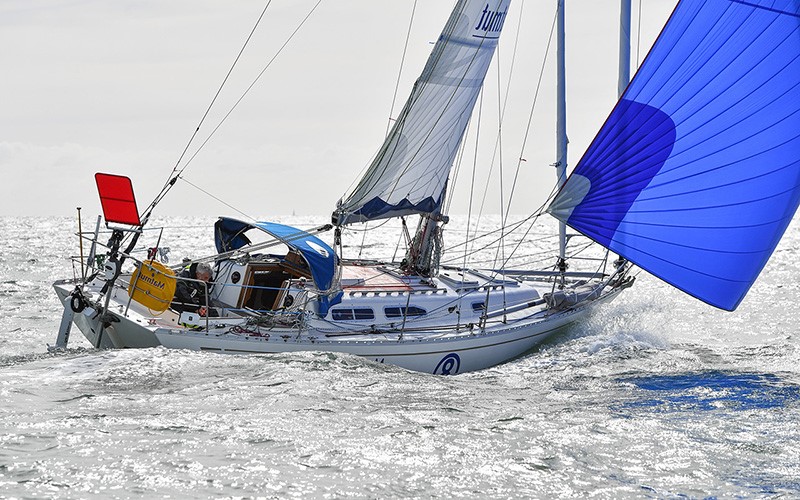