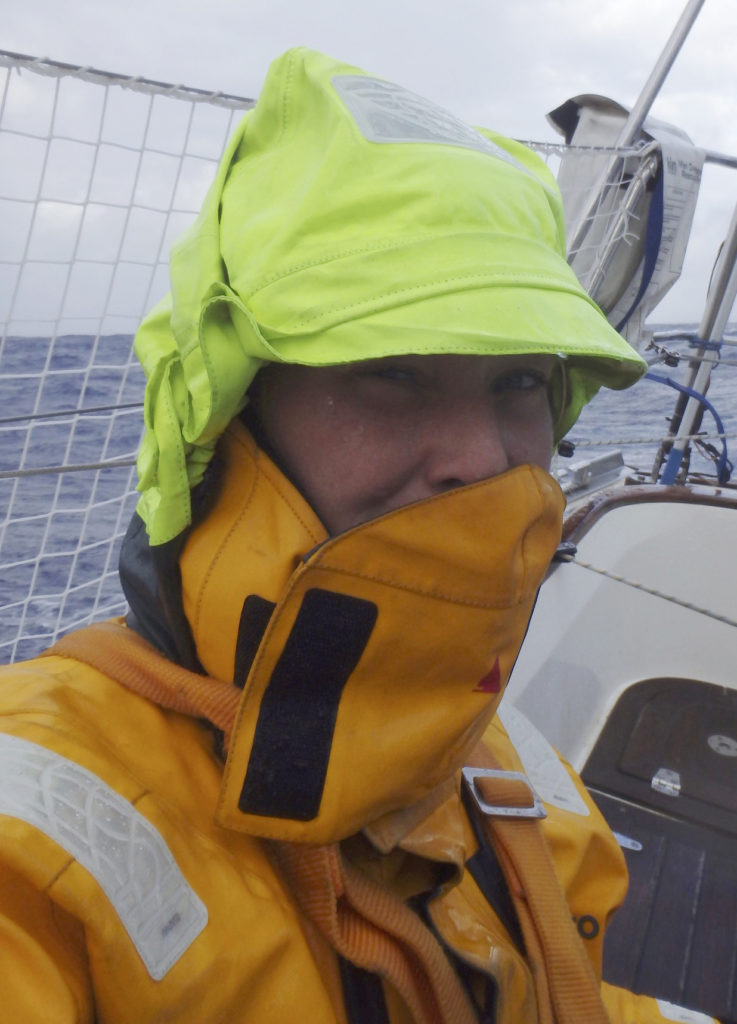 In a satphone call to Race HQ today, British skipper Susie Goodall spoke for the first time about an ‘horrendous’ few days when her Rustler 36 yacht ‘DHL Starlight’ was caught in a horrific Southern Ocean storm some 250 miles south of Cape Leeuwin, Australia.

The storm developed just as suddenly and with the same ferocity as the one that led to Gregor McGuckin and Abhilash Tomy being rolled and dismasted two weeks ago.

“The storm really kicked in between 9pm and 9am. I had 70 knot winds and 13 metre seas. They were nasty – practically vertical with breaking crests. I don’t know how we got through it. My self-steering broke and I had to hand-steer for 7 hours. We suffered several knock-downs and I feared that we might get rolled at any time.”