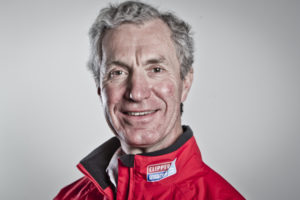 This race has been marred by tragedy before, and regrettably again on Saturday when crew member, Simon Speirs, was swept overboard from the Great Britain Clipper. He was recovered, but was pronounced dead after all efforts by crew and an onboard GP were in vein.

Tragedies at sea do happen, as they do on dry land, but for some reason sea-going tragedies tend to whip up a media frenzy and a need to apportion blame.

I am very pragmatic about these incidents, and understand that they can and will occur however much one does to prevent them, and that blame can rarely be apportioned. When one goes to sea on a small boat one understands the risks, although alongside those risks are many happy memories, good times and unique experiences which tend to overshadow the negative.

Experience is something one can only get with time on the water. As most of the Clipper Race crew are novices paying for an experience, time on the water is something they may lack, although they do go through a lot of rigorous training in all conditions to get them up to speed, and to give them first-hand, a hint of what they may experience out at sea. The fact that so many have come through unscathed over the years, shows that the training provided is at the very least adequate.

Here is the Official Statement
We are extremely saddened today to report the fatality of Simon Speirs, a crew member on board CV30, (GREAT Britain).

Simon, 60, from Bristol, UK, was on the foredeck assisting with a headsail change from Yankee 3 when he was washed overboard. Although he was clipped on with his safety tether, he became separated from the yacht in the Southern Ocean at approximately 0814UTC (1414 local time) in a rough sea state, in 20 knots of wind, gusting 40.

The team’s man overboard recovery training kicked into immediate effect and despite the rough conditions, Simon was recovered back on board by the Skipper and crew within 36 minutes, at which point CPR was immediately administered by three medically trained crew, which included a GP. However Simon sadly never regained consciousness and was pronounced deceased at 0925UTC. The cause of death is unconfirmed at this time but thought to be by drowning.

All other crew are reported safe and are being supported remotely by the Race Office.

The incident occurred on Day 18 in Race 3 of the 13 stage Clipper Race. The fleet was racing from South Africa to Australia. The yacht, which was in sixth place, currently has approximately 1,500 miles left to its destination.

At the time of the incident, Simon was clipped on, wearing his lifejacket, which included an AIS beacon, as well as approved waterproof ocean oilskins. A full investigation will now be carried out, as is standard practice, into the full details of the incident, including the reasons his safety tether did not keep him on board, in cooperation with the appropriate authorities.

A member of the crew since Race Start in the UK on August 20, 2017, Simon was a highly experienced sailor with over 40 years dinghy experience and a Coastal Skipper licence.

He also successfully completed the Clipper Race Coxswain Certificate (CRCC) in February this year in anticipation of his challenge. Designed in collaboration with the Maritime Coastguard Agency (MCA), and the Royal Yachting Association (RYA) specifically for the Clipper Race, this involved an intensive two-week course, in addition to the four weeks of compulsory training that all Clipper Race crew must complete which concentrates on safety at sea.

All Clipper Race crew, regardless of previous sailing experience, complete a compulsory and intensive four-week training programme before joining the race which covers all aspects of safety at sea, including repeated man overboard training drills, which are also repeated in race stopovers.

Simon’s next of kin have been informed and our deepest thoughts are with his family and all those who knew him.

The yacht is currently making best speed to Fremantle, Australia and we’ll provide further updates as we have them.

A Dignified Burial at Sea
Following medical advice and all considerations, Simon Speirs was given a sea burial at 0900 local time (0300 UTC) today during a service on board CV30 held by his Skipper Andy Burns and crew, supported by the Clipper Race office. As requested by Simon’s family, who were fully aware and came together to follow it at the same time back home, it was a Christian service, and the rest of the Clipper Race fleet also joined them in solidarity as it was carried out.

The service included the following readings:

Unto Almighty God we commend the soul of our brother departed, and we commit his body to the deep; in sure and certain hope of the Resurrection unto eternal life, through our Lord Jesus Christ; at whose coming in glorious majesty to judge the world, the sea shall give up her dead; and the corruptible bodies of those who sleep in him shall be changed, and made like unto his glorious body; according to the mighty working whereby he is able to subdue all things unto himself.

Lord God,
by the power of your word
you stilled the chaos of the primeval seas,
you made the raging waters of the flood subside,
and calmed the storm on the sea of Galilee.
As we commit the earthly remains
of our brother Simon, to the deep,
grant him peace and tranquillity
until that day when he
and all who believe in you
will be raised to the glory of new life
promised in the waters of baptism.
We ask this through Christ our Lord.
Amen.

Our Father, which art in Heaven,
Hallowed be thy name.
Thy Kingdom come.
Thy will be done in earth,
As it is in Heaven.
Give us this day our daily bread.
And forgive us our trespasses,
As we forgive them that trespass against us.
And lead us not into temptation,
But deliver us from evil.
For thine is the kingdom,
The power, and the glory,
For ever and ever.
Amen.

We brought nothing into this world, and it is certain we can carry nothing out. The Lord gave, and the Lord hath taken away; blessed be the name of the Lord.