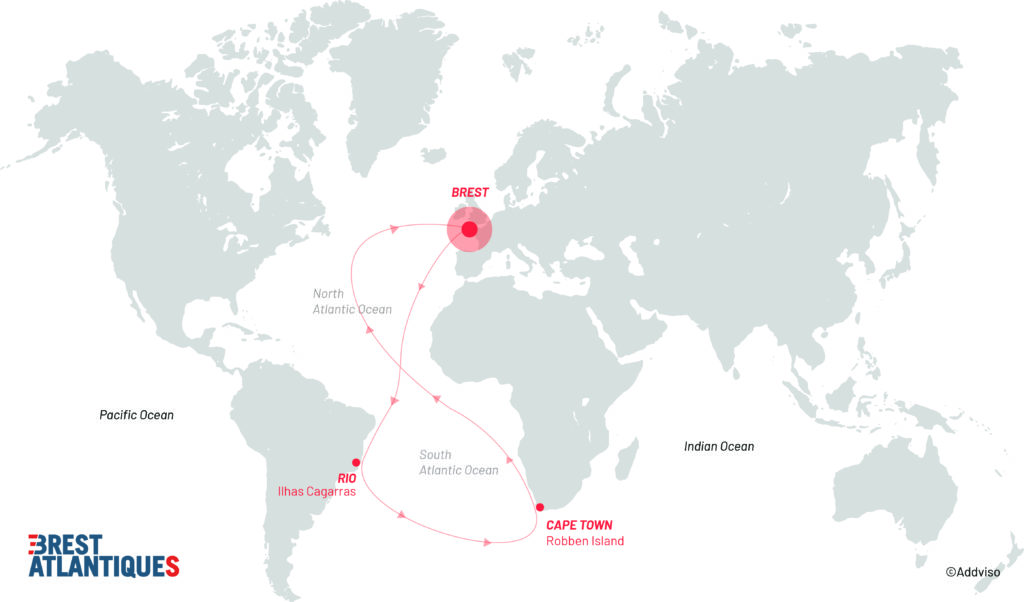 Four maxi-trimarans of the Ultim Class 32/23 are all set for the start of the double-handed Brest Atlantiques race, departing from Brest today. The 14,000-mile non-stop loop, or the equivalent of sailing halfway around the globe, will see the trimarans round an island off Rio de Janeiro and then Cape Town before returning to Brest. Depending on how the teams tackle the strong wind and sea conditions, the descent into the Bay of Biscay could be extremely fast, with the first boats expected to reach Cape Finisterre in just ten hours.

The four maxi trimarans are expected to complete the race in around thirty days.

On board, the four teams made up of two top sailors (each accompanied by a media man in charge of sharing the day-to-day life on board), have between them achieved 21 round-the-world races, world records, and victories in all the greatest sailing races, ranging from the Vendée Globe and the Route du Rhum, to the Volvo Ocean Race and the Transat.

These extremely experienced sailors are ready, and once they’ve set off will work to find the right balance between the desire to go fast and the need to protect the boats, as the conditions for the first day look set to be tough, explained Race Director Jacques Caraës: “On the starting line, located between the western cardinal of Sein Island and the committee boat Le Rhône, the forecasts give an average wind speed of 24 – 25 knots in a north to north-westerly direction, with gusts up to 35 – 39 knots. It’s important to note that the direction of the sea will be at a 120-degree angle. The conditions will be testing but we know that the sailors are strong seafaring competitors, who will have to keep alert for the first eight to ten hours to get through the initial part of the race safely.” 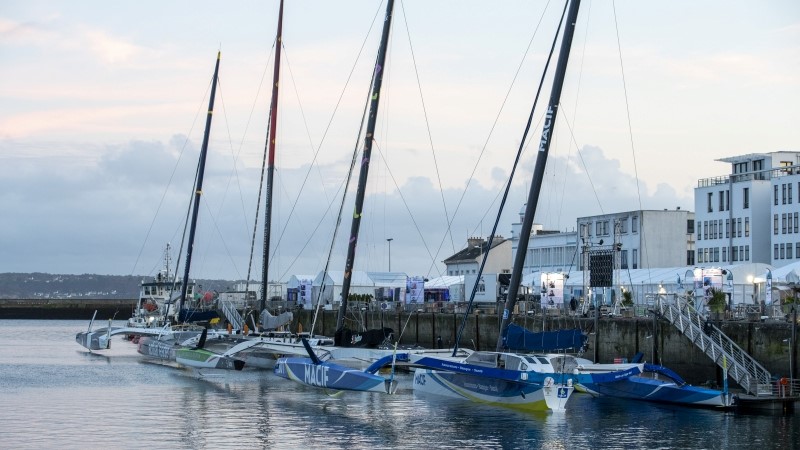 They obviously intend to play it safe, based on what they said on the eve of the start: “We’re not going to do anything stupid. We must not forget that we are leaving for a marathon, the Bay of Biscay is only a small 10-hour sprint,” said Charles Caudrelier, who teams up with Franck Cammas on the ‘Maxi Edmond de Rothschild’. “It requires us to be at the top right away, that’s what makes the exercise complex, but also very interesting, and that’s why we’ve been training for years,” said Thomas Coville, who has the latest maxi-trimaran, ‘Sodebo Ultim 3′, which was launched in March, sailing with Jean-Luc Nélias.

This crossing of the Bay of Biscay to Cape Finisterre, in a sea that will gradually become more manageable, should take around ten hours. The rest is likely to be fast surfing, since the four maxi-trimarans should then benefit from ideal conditions to go fast, or even very fast. The current route takes them to the equator in just four and a half days! “Once we get out of the Bay, it’s party time!”, said a smiling Yves Le Blévec, skipper of ‘Actual Leader’ who has teamed up with the Spaniard Alex Pella.

François Gabart, teamed with Gwénolé Gahinet on the Trimaran ‘Macif’, reminds us however that: “The conditions will certainly be easier, but it is far from gentle to sail at over 40 knots.-.we will also have to be careful.”

The Media Man, the Third Man
For the first time on a double handed race, a media man will be on board each of the four maxi-trimarans. The four on board reporters, will be sharing the day to day life on board whilst allowing all 8 skippers to concentrate on the smooth sailing and running of the boats. Their job will be to send a two-minute daily video, photos and texts to document each and every day. All four have had to clock up 2000 miles to qualify and get their chance to be on board and gel with the crew.

So is it a double-handed or triple-handed race? The addition of a third person on board has been the talk of those visiting the race village this week in Brest. The sailing instructions are clear: “The media man must not under any circumstances participate in the performance of the boat or in its repair or maintenance”. This means that Brest Atlantiques is a double-handed race, with the media man playing no role in the smooth running of the boat.

While having a photo and video specialist on board is not a new feature in ocean racing, having been a success in the past three editions of the Volvo Ocean Race, it has been one of the key factors for the Brest Atlantiques race organisers: “We were really keen to bring the race to life from the inside and highlight just how extraordinary the “Ultim” boats are as well as the talented sailors on board,”said Emmanuel Bachellerie, Managing Director of Brest Ultim Sailing. Considering how tough it is to sail these maxi-trimarans, the length of the race and, in particular, the constantly changing weather, we thought that they would not really have time to send footage back.” Maxi ‘Edmond de Rothschild’s’ co skipper Charles Caudrelier continues: “It’s a very good thing to have a media man on board, because the intensity on these boats means we are just not able to do this kind of work.” 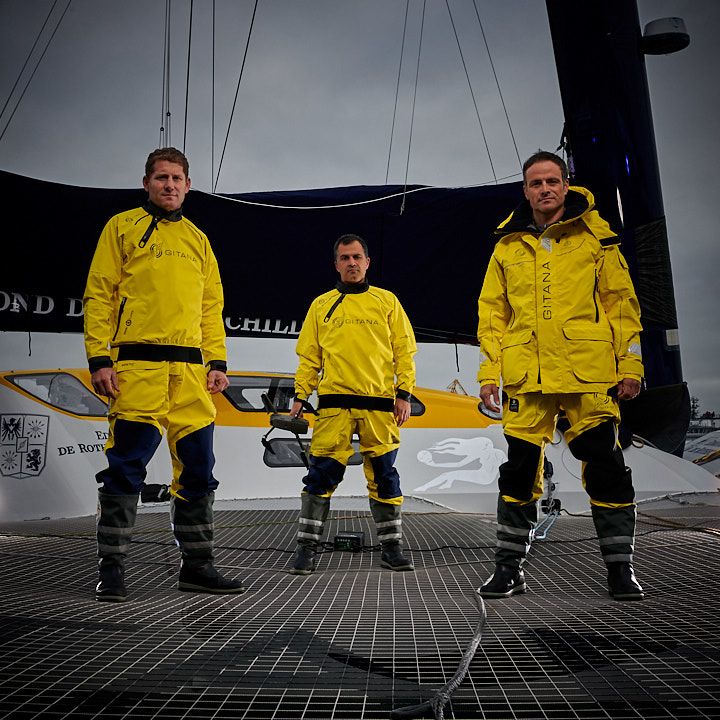 On the Maxi ‘Edmond de Rothschild’ is 45-year-old Yann Riou who is one of the most experienced in the game, having made it his profession since the 2011-2012 Volvo Ocean Race, where he was on board with Franck Cammas and Charles Caudrelier. Yann has been working with the Gitana Team for many years.

“Yann went around the world with Franck and I, he has done the Volvo three times, he’s a friend, one of the best in this field, he was an obvious choice,” said Charles Caudrelier. 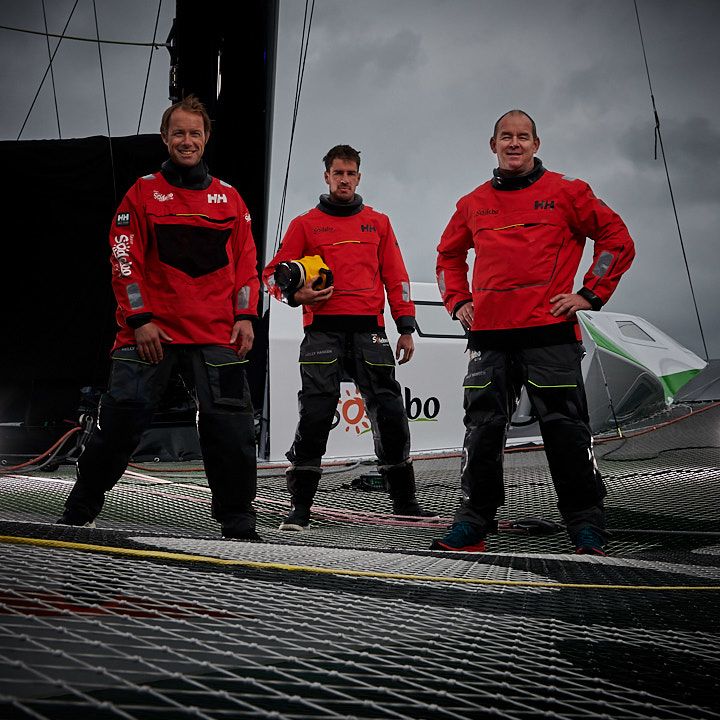 On ‘Sodebo Ultim 3′ is 30-year-old Martin Keruzoré who has worked for several offshore racing teams and participated in the latest edition of the Volvo Ocean Race.

“Martin has a graphic style that really impressed me,” commented the skipper. “On top of this, he is an athlete, very physically committed, and a guy who is always humble and very kind in the way he treats his work and people, I have total confidence in him.” 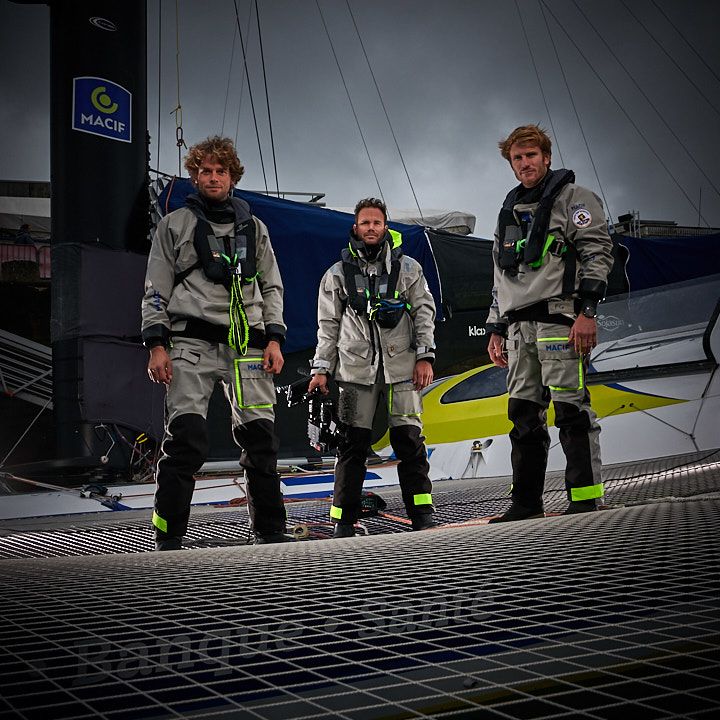 François Gabart has the same confidence in Jérémie Eloy, 41 years old and the media man on board, who also happens to be a former professional kite-surfer.

“Jérémie has been working very closely with us for a year and a half, I love what he does. Firstly it is a real pleasure from an artistic point of view to work with him and secondly, he is a former elite athlete, so he has an understanding of competing and of our performance challenges.” 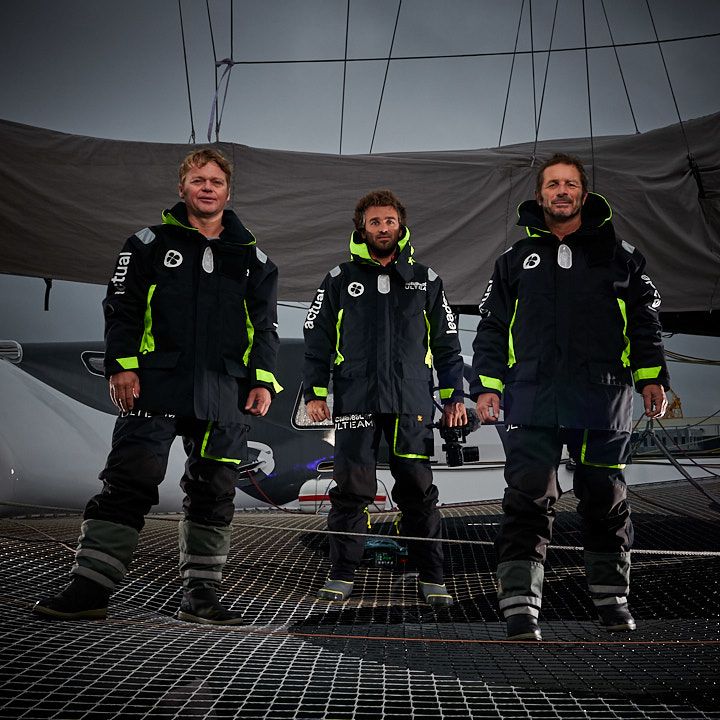 On board ‘Actual Leader’ is 36 year old Ronan Gladu, a specialist in snowboarding. “My first criteria was to have someone who can take good photos and who is up for the challenge of living on such a beast for 30 days, whether he can sail or not was not an issue said Yves Le Blévec. “Ronan has adapted really well; he is enthusiastic, and I really like everything he is doing.”