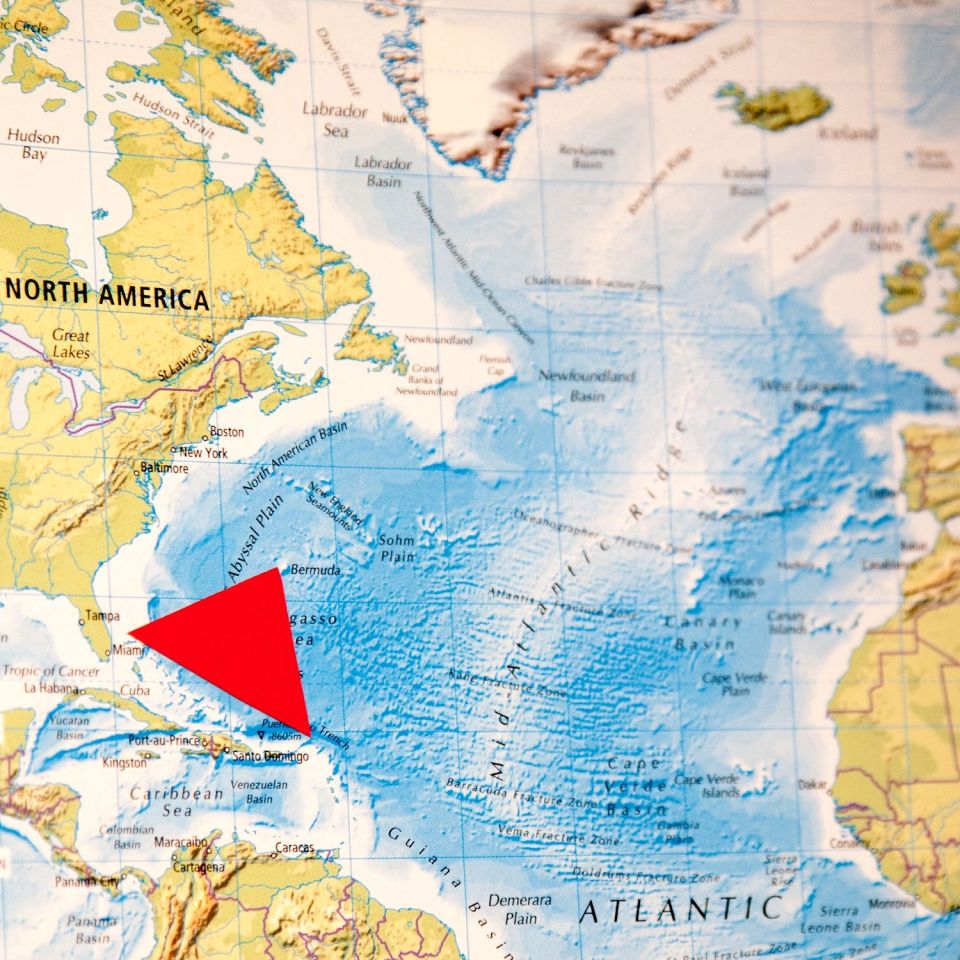 The feared location lies off the coast of North America, in the Atlantic Ocean.

The infamous body of water in the North Atlantic ocean stretches 700,000km between Florida, Bermuda and Puerto-Rico

BRITISH scientists believe 100ft ‘rogue’ waves could be the reason why so many boats have been sunk in the mysterious Bermuda Triangle.

The infamous body of water in the western part of the North Atlantic ocean stretches 700,000 square km between Florida, Bermuda and Puerto-Rico.

Also known as the Devil’s Triangle, the area features multiple shipping lanes and has claimed over 1,000 lives in the last 100 years.

But experts at the University of Southampton believe the mystery can be explained by a natural phenomenon known as “rogue waves.”

Appearing on Channel 5 documentary The Bermuda Triangle Enigma, the science boffins use indoor simulators to re-create the monster water surges.

Rogue waves – which only last for a few minutes – were first observed by satellites in 1997 off the coast of South Africa.