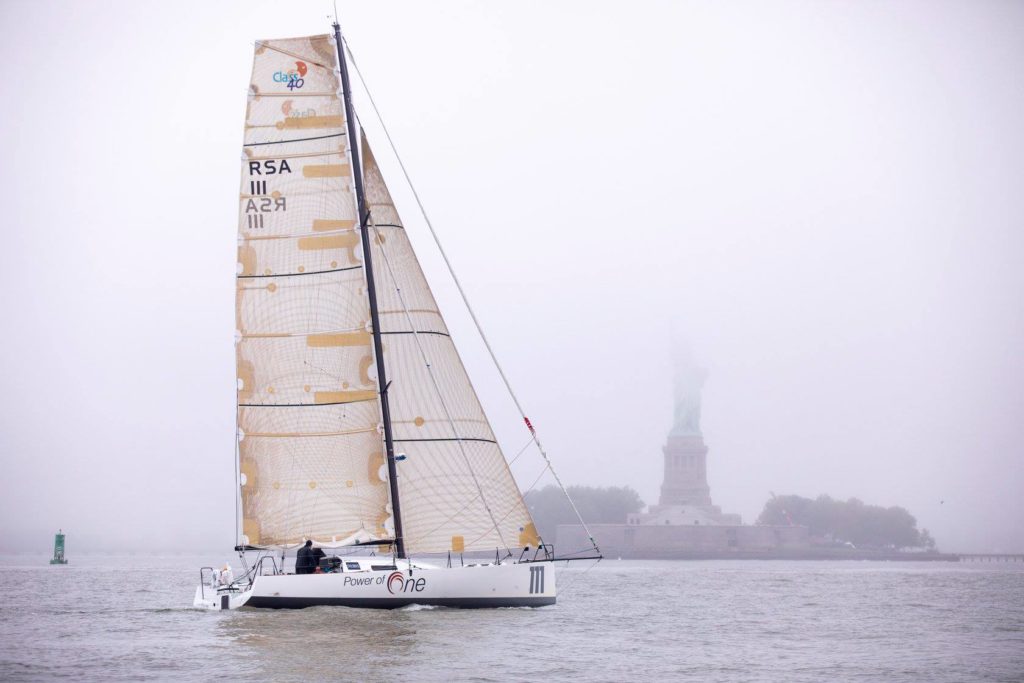 Power of One, sailing under the RSA flag, finishing in view of the Statue of Liberty.
pic by Billy Black

Donald Alexander and his crew Paul Peggs had a tough slow ride into the finish covering just 85nm in the final 24 hours, and finished under the watchful eye of the Statue of Liberty.

Their extreme inshore leg looked as if it was going to pay big dividends at one point, but light winds and a poor heading away from the coast put paid to that strategy.

However their 7th place over the line on this first leg is a damn fine finish for Alexander who is still new to Class 40 racing. Yet he is a very determined man who will tough it out right to the end and never give up.

The next leg of this race is from New York to Portland, and later in the northern hemisphere summer he will sail singlehanded to France to prepare for the Route du Rhum race. 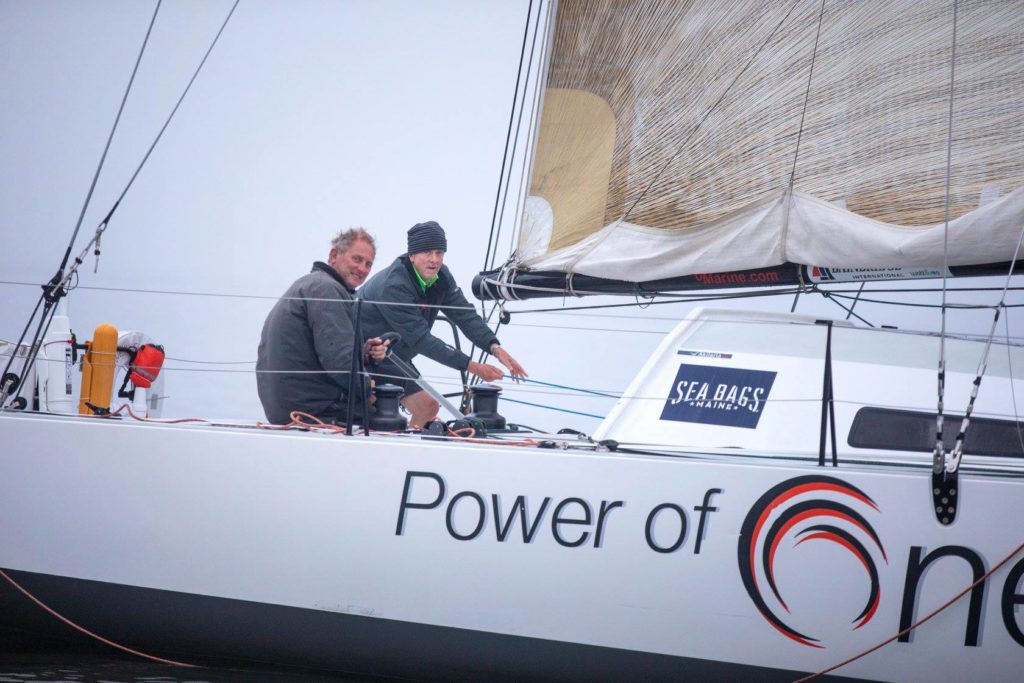 Paul Peggs in the foreground with Donald Alexander in the background – on their way to the finish line.
pic by Billy Black