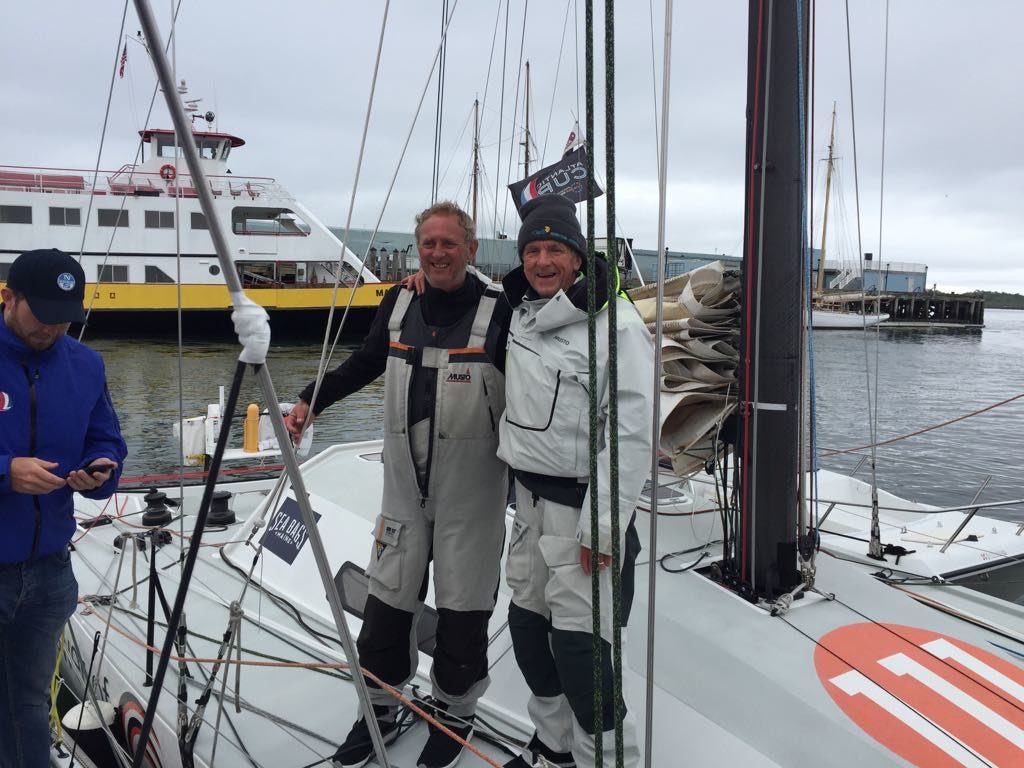 The lone South African entry in this two-handed race, survived the brutal conditions on the 360nm second leg, to finish, while others were not as fortunate.

For Donald Alexander (yes, the brother of that highly passionate Laser sailor from Durban), started the leg badly as his electronic nav and weather systems all failed to ‘talk’ to each other – which even had the experts baffled! Then not long after the start he had to make a passage up the mast to sort out a headsail problem as the wind built after the start – and on the nose too. 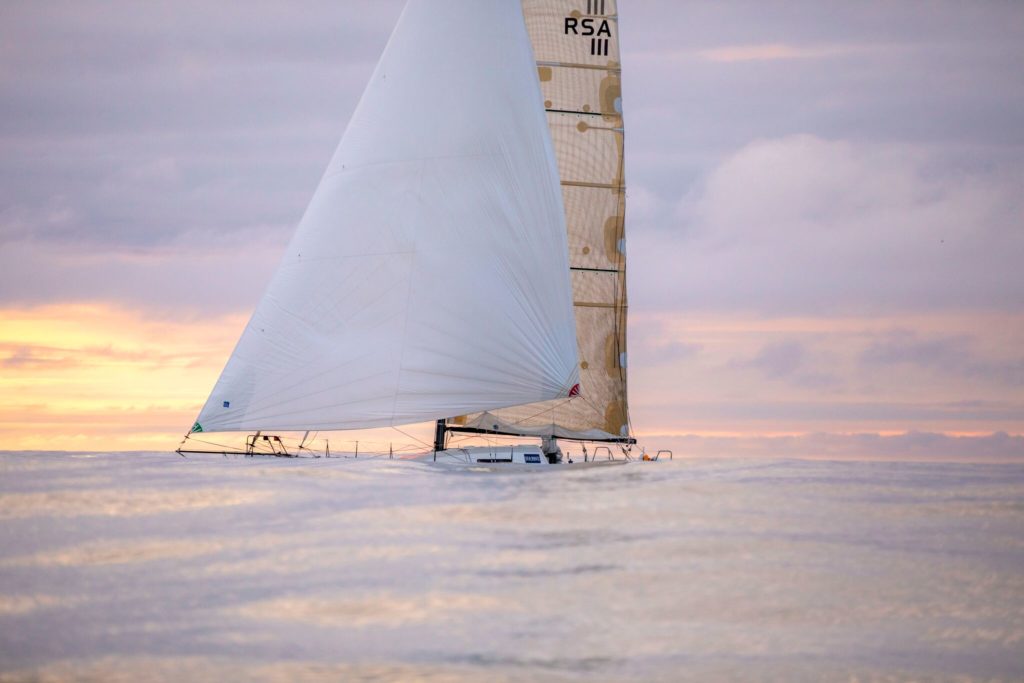 Power of One with Donald Alexander & Paul Peggs.

The fleet was racing upwind in a nasty sea state with short, choppy waves, and these conditions did not let up with winds in excess of 30 knots.

Prior to the start Paul Peggs, crewing with Donald Alexander on Power of One, a Class 40, said: “I’m ready to go, it’s not going to be always enjoyable, but I don’t mind upwind sailing, it’s not too bad. Big breeze is ok, you just have to put up with it at the end of the day. A pity for us, we’ve never navigated around here so all of the shoals and stuff like that might be a bit tricky to get through and not knowing where the currents are, along Long Island might be harder for us, but I’m sure we will be fine at the end of the day. The team to chase down for us is Angola Cables, they are good friends and good rivals too, so they are the people we are trying to beat!”

The Class40 design is such that it launches off the top of waves, accelerating free from liquid drag before landing, belly first and pounding into the waves ahead. With the current weather conditions, many in the fleet have reported damage.

After pounding upwind for the first 48 hours, the fleet had some respite as they set course for the finish, bearing away off the wind enabling them to reach.

Despite the tough conditions which saw Alexander suffer from seasickness, he saw the light side of things in this message sent ashore: “Weather gods really testing us. Hard all night. Now, no wind. Ha ha ha ha. When will I ever see my wife again?” 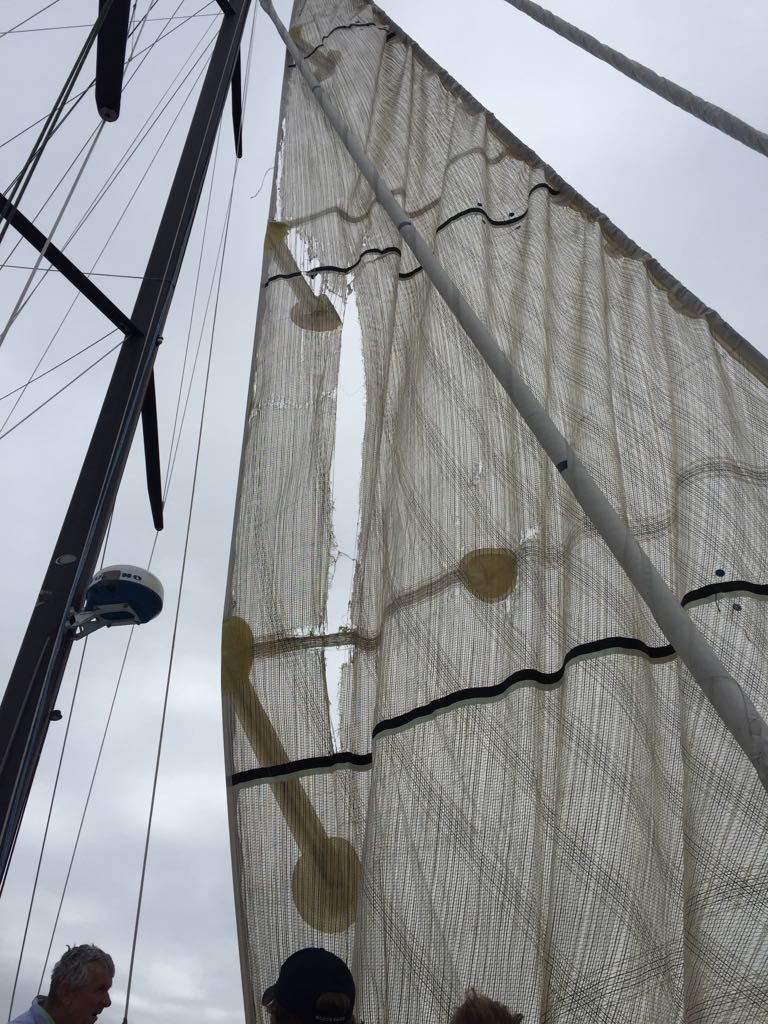 Torn sails are part of ocean racing, but don’t help performance as Power of One found out.

He did, with much joy and delight as she was waiting on the dock for him, having finished the leg in 9th place.

This was a tough first race for Alexander, but like his father, David Alexander, who was known as a tough seaman, he showed fortitude and ‘vasbyt’, knuckling down and simply getting on with the job until finished. Let’s hope that he will compete in more races, as once he has ironed out all the issues with his boat, he will be a formidable competitor.

The third and final leg, an inshore series, will be sailed Saturday and Sunday June 9th and 10th. A total of five races will be held over the two day series, where teams will bring on additional crew for the short buoy racing courses.