A Celebration of Yachting History 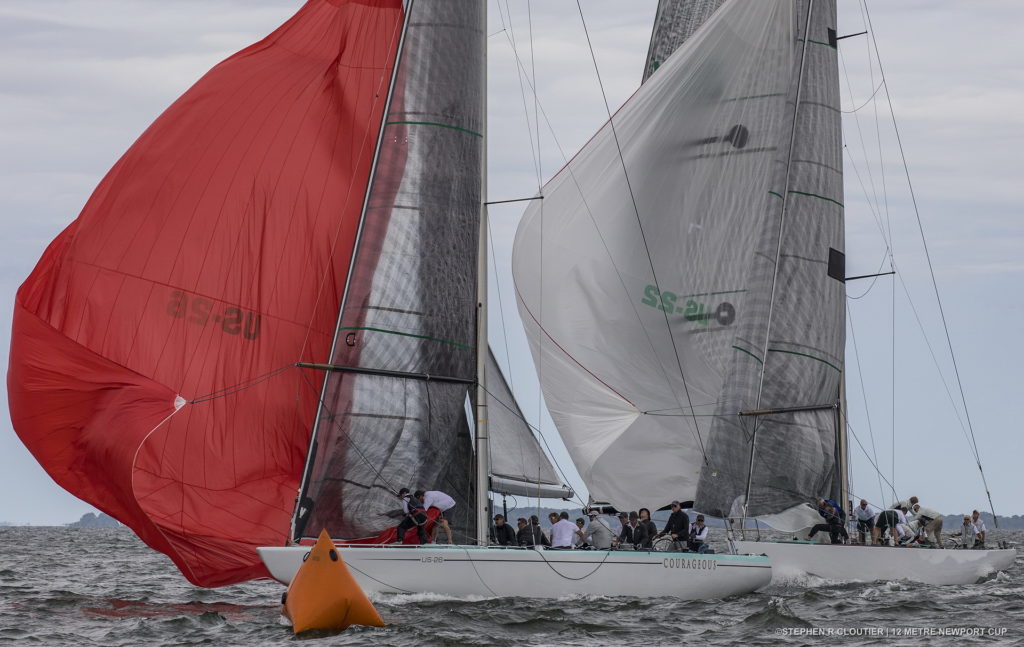 Courageous (US-26) and Intrepid (US-22) both successfully defended the America’s Cup twice.
Pic by Stephen R. Cloutier

When the 12 Metre World Championship takes place in Newport over July 8-13, it will celebrate one of the greatest classes in world sailing history. The 112-year-old International 12 Metre Class encompasses a living history of racing yacht design by the world’s foremost naval architects who pushed their designs to the very limits of innovation. The resulting boats represented the pinnacle of yacht development from 1907-1987 for the highest levels of international sailing competition: the Olympic Games (1908-1920) and the America’s Cup (1958-1987).

“It’s going to make quite a statement to the world when 21 of these historic 12 Metres – the largest gathering ever in the U.S. – converge in Newport and it becomes clear that they are still being sailed at such a high level,” said Gary Jobson, who will serve as tactician aboard ‘Courageous’ (US-26), an Olin Stephens design that will be helmed by Arthur Santry in the Modern class, for 12 Metres built between 1967 and 1983. Santry also crewed on the 12 Metre ‘Independence’ (US-28) in 1977. 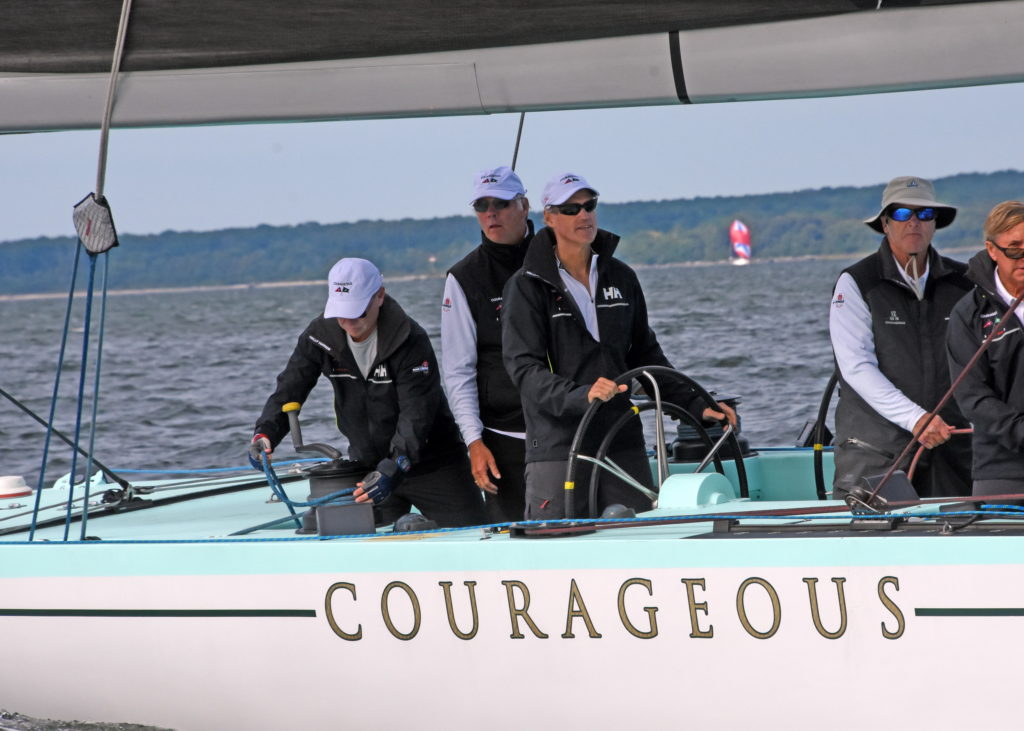 Arthur Santry at the helm of Courageous (US-26) with Gary Jobson behind him.
pic by SallyAnne Santos/Windlass Creative

‘Courageous’ was the first all-aluminum hulled 12 Metre and the second 12 Metre to successfully defend the America’s Cup twice, in 1974 and 1977. The first 12 Metre, also an Olin Stephens design, was the wooden-hulled ‘Intrepid’ (US-22), which successfully defended in 1967 and ’70 and will also sail in the Modern Division with skipper Jack Curtin at the helm. 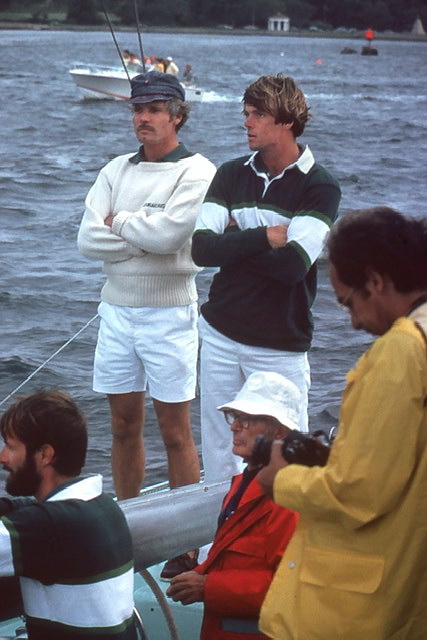 Gary Jobson and Ted Turner in 1977.
Pic by Gary Jobson 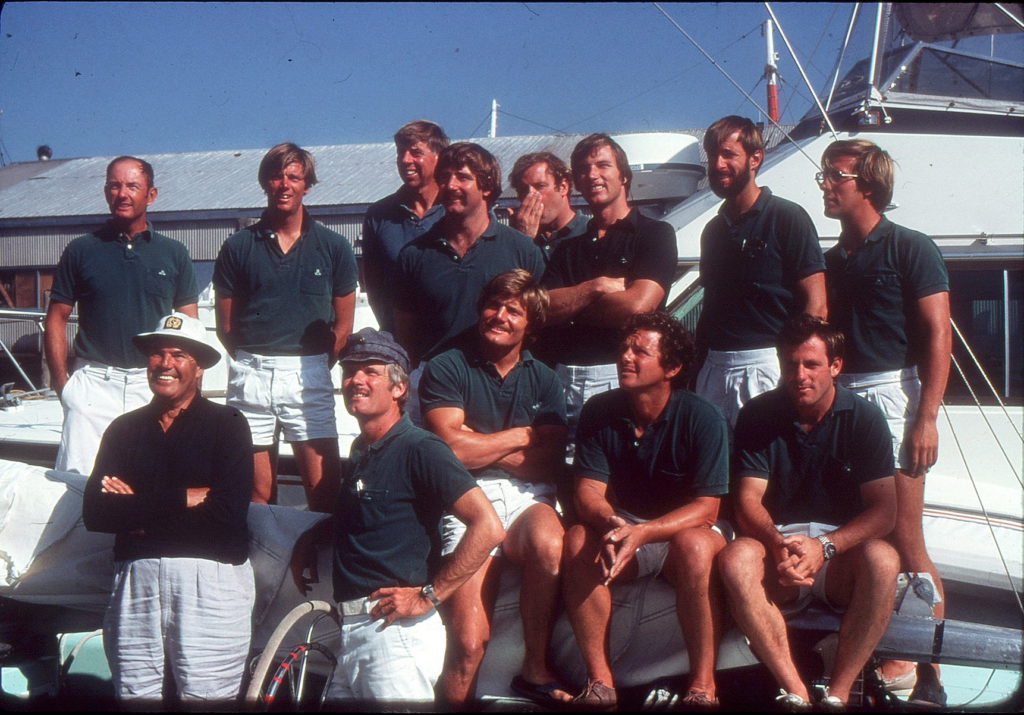 The winning Courageous crew in 1977.
Pic by Gary Jobson

“‘Courageous’ is in the best shape she’s ever been in,” said Jobson, explaining that her benefactors Ralph Isham, Steve Glascock, Alexander Auersperg and Ward Marsh, who also crew aboard her, lead a syndicate that was formed 15 years ago to charter the yacht after it was donated to the Museum of Yachting. “There has been some work on her keel, rudder and trim tab over this past winter, and she will be sporting new winches and sails. Our goal is to win every race, but you never know in this division. Otherwise, it’s to be a strong contender, to put on a good show and get better with each race.”

It just so happens Jobson was the tactician on ‘Courageous’ in 1977 when Ted Turner defeated Alan Bond’s ‘Australia’ (KA-5) four races to zero in a best-of-seven series. Turner’s America’s Cup victory (his second try) came long before he was a television media mogul, but with his famously quick wit and tell-it-like-it-is character, he was already well on his way to becoming an authentic American sailing hero. Turner plans to return to Newport to watch the Worlds, and he will be pleased to see Jobson and his fellow sailors from that era making ‘Courageous’ spotlight-worthy again. 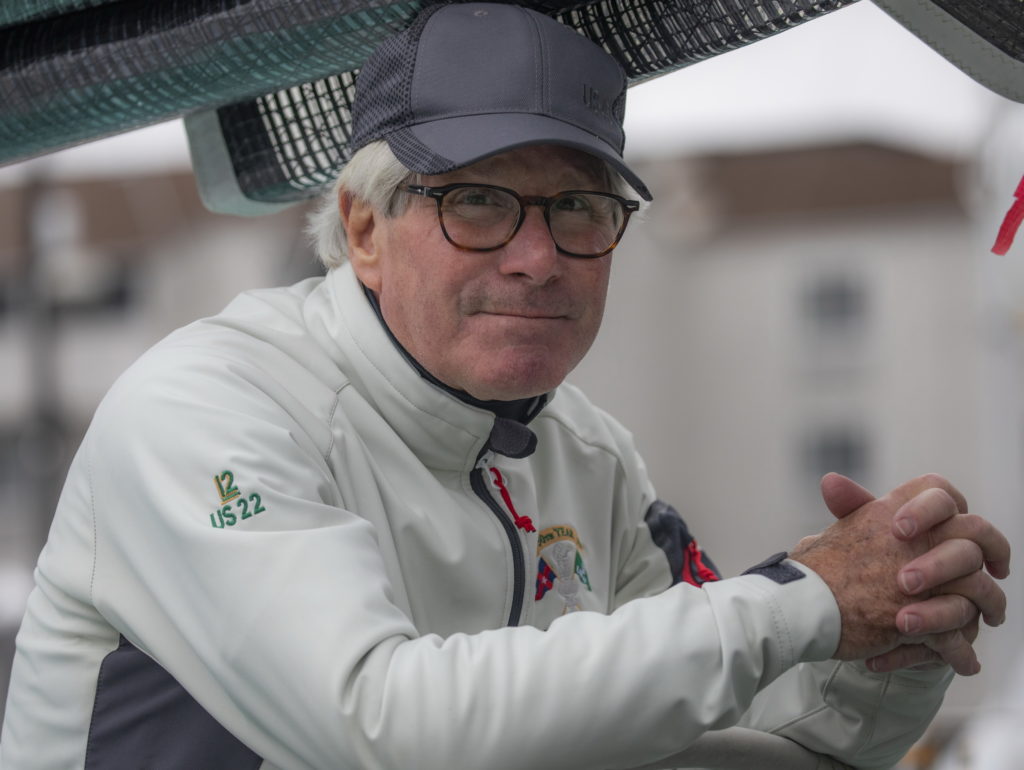 According to Jack Curtin, who salvaged ‘Intrepid’ in as a “massive labour of love” after it ran aground on Nantucket, his crew hasn’t changed much from when it was first assembled in 1998, after a two-year complete restoration of the yacht. “I’m most proud that we don’t bring in any rock stars,” said Curtin. “It’s staggering the amount of time people are willing to sacrifice for this summer’s racing schedule, but that’s how strongly everyone feels about each other.” 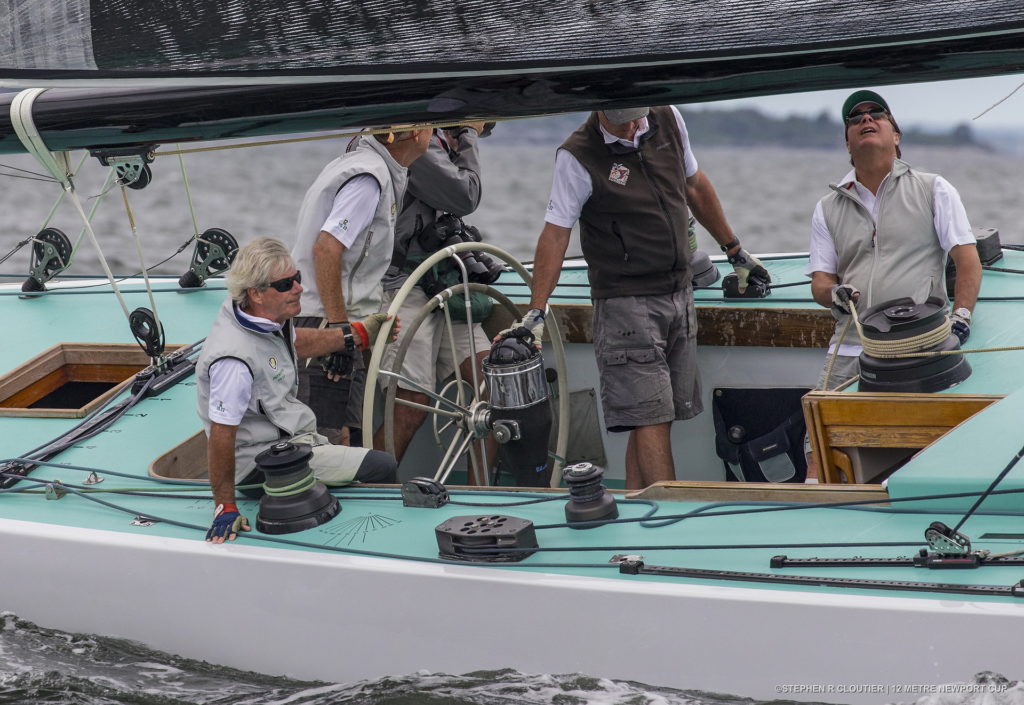 Jack Curtin at the helm of Intrepid.
Pic by Stephen R. Cloutier

“We’ve started practising already, so we are serious, and we’ve done whatever we thought we could do to make us more competitive,” said Curtin, noting he has now completed major improvements to ‘Intrepid’ a total of four times (including this year in preparation for the Worlds). He pointed out other American owners such as Dennis Williams, Charles Robertson, Jack LeFort and Gunther Buerman – owners, respectively, of ‘Victory’ ’83 (K-22), ‘Freedom’ (US-30), ‘Challenge XII’ (KA-10) and ‘New Zealand’ (KZ-3) – who have invested great amounts of money and effort into either restoring or totally rebuilding the magnificent 12 Metres that will be racing in the Worlds.

“In addition to being as beautiful and significant as ever, the fleet is the fastest it has ever been,” said Curtin. “Every boat that’s racing is in better shape than when it first sailed decades ago.”

Information on the 12 Metre Worlds HERE

Information on the 12 Metre Class HERE