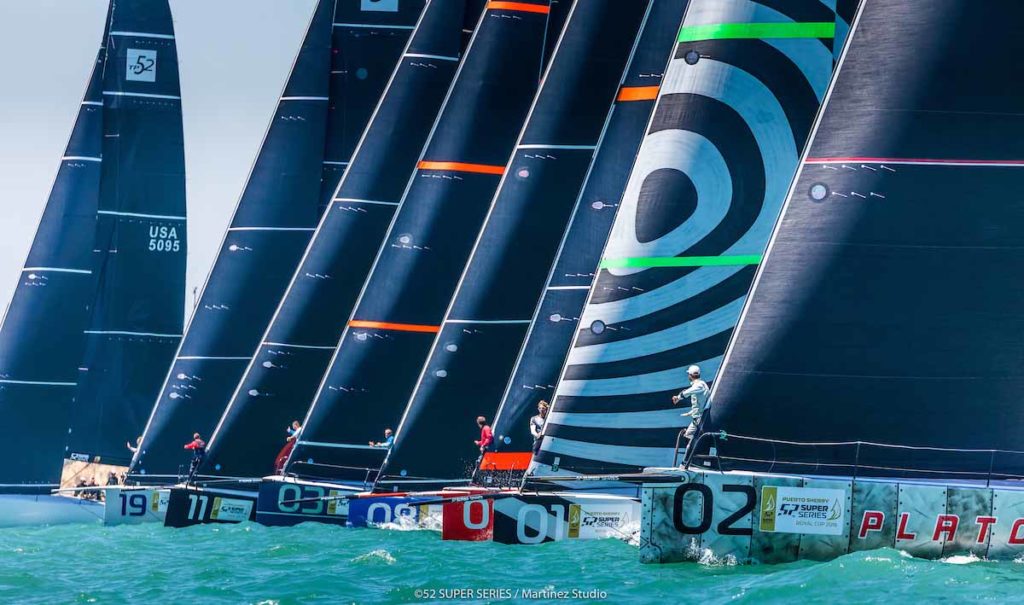 Phoenix 11 peeping out near the windward end of the start line.
pic by Nico Martinez / Martinez Studio

5 different winners so far in the 6 races sailed is an indication that it’s very tough out there on the race course which is why the heading to the press release I received stating that “Every Day is a School Day in Puerto Sherry” certainly rings true.

And it was certainly a tough day for the RSA entry sailing ‘Phoenix 11′ who have persevered so far and were trumped their 7th place in race 5 with a 3rd in the second race of the day. No doubt that will lift the spirits of the team just a little as there is much more to do in the final 2 races to ensure that they don’t stay at the bottom of the leader board. If they could put one over ‘Quantum Racing’ in this event, they will no doubt consider it a success!

‘Azzurra’ learned a lesson from their fifth place from the first race yesterday, and applying that lesson was the passport to a comprehensive win in the day’s second race, which now sees the Italian-Argentine crew back at the top of the regatta leader board after six of ten races have been sailed.

During the first contest, which was sailed in an 11 – 13kts sea breeze, ‘Azzurra’ found themselves too engaged in private battles and consequently making too many tacks. In the second race they tacked clear early, and focussed on sailing clear and clean in their own lane and let their obvious boat speed do the work for them to lead all the way around the course. 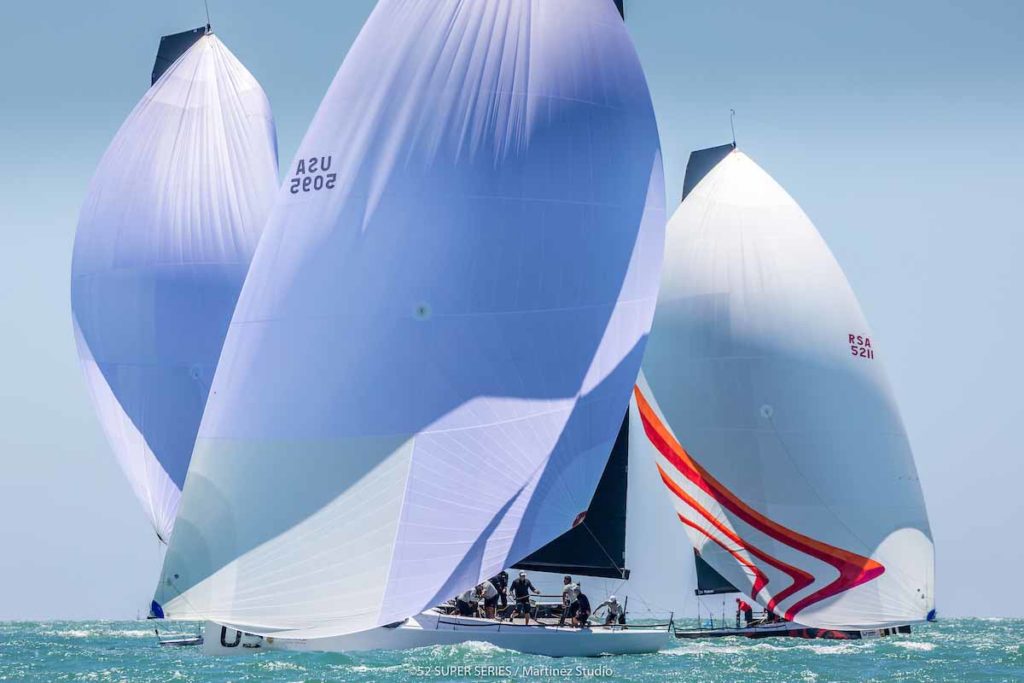 Phoenix 11 in the background.
pic by Nico Martinez / Martinez Studio

Olympic champion Santi Lange picking the better side of the course helped, but theirs was a measured risk. They did not push to the corner and this time made a priority of staying clear of other boats. The Argentinian tactician who joined the team last year has shown an increasing confidence at a venue that is new to the 52 Super Series and is proving hard to read because the breeze changes often, but with no obvious pattern or phase. And Lange cannot attribute any of their success here, so far, to prior knowledge. He won a bronze at the Tornado Worlds here in 2003, but smiles that he “cannot remember a single race”.

Meantime the 2018 defending champions ‘Quantum Racing’ are struggling, lying seventh of eight. When usually they might be expected to chip away and take places to convert from a poor position, but here they have been unable to.

“There are some issues and problems we are having, which we have to work through,” Ed Reynolds, the Quantum Racing director explained. “We kind of expected these things to happen, but we kind of came out of PalmaVela and thought, ‘this is going to work’ and so a little bit of that has reared its head here, one thing is it is a tribute to the fleet. I have seen all the articles and we have seven new people this year. And if you look at the resumés of the guys in this team. They are solid strong sailors, this is a great team. It’s a couple of things: that communication, that instantaneous thing of really being able to feed off each other, we don’t have it right now; and this venue is tricky – but… we are going really fast. I did the RC44s in Sotogrande about three or four years ago and it was the same thing. It is not an excuse, that is a reality here. And a lot of the things we have done as a team, conservative, risk vs reward, it is not working here. And we are exasperating our problems by trying to compensate for it part way through the race when it is too late. We will sort it out.” 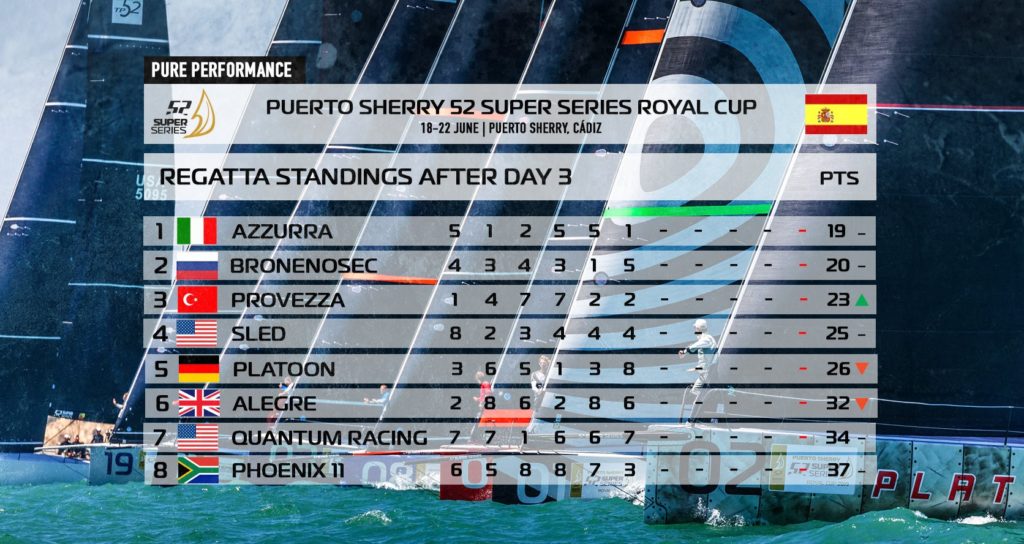