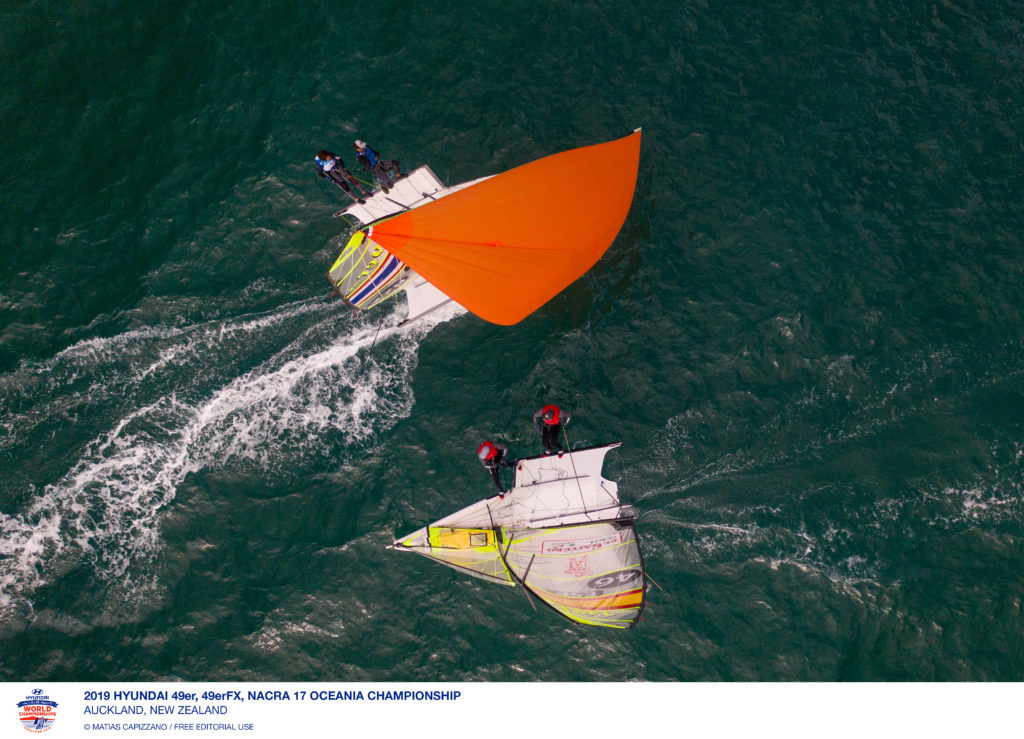 Sailing is a tough sport, especially when sailing against the best sailors in the world, so while Benji Daniel and Alex Burger may be disappointed with their result in this event which for them was a tune-up to the World Champs which start next Tuesday off Auckland, New Zealand.

These guys are sailing for an Olympic berth, so anything but their very best, and an improvement on their previous event will simply not be good enough for the pairing who are tough on themselves, and who have the talent and ability to be sailing stars. Let’s not forget that they already have won a 29er World Champions title.

So their 57th out of 84 will be a disappointment. For some a 2nd overall in the Bronze fleet is good, but as these guys finished midway in the Silver Fleet in the Kiel regatta a few months ago, their disappointment is justified.

However, there is a silver lining in all this, rather than excuses. These guys have a brand new boat which they raced for the first time in this event, so part of the process was to tune, fine-tune and get up to speed quickly. This appears to have taken a little longer that they may have hoped, with the golden thread being scores of 6; 7 and 2 in the final three races of the bronze fleet. These results must give them some hope for the Worlds, and a good result.