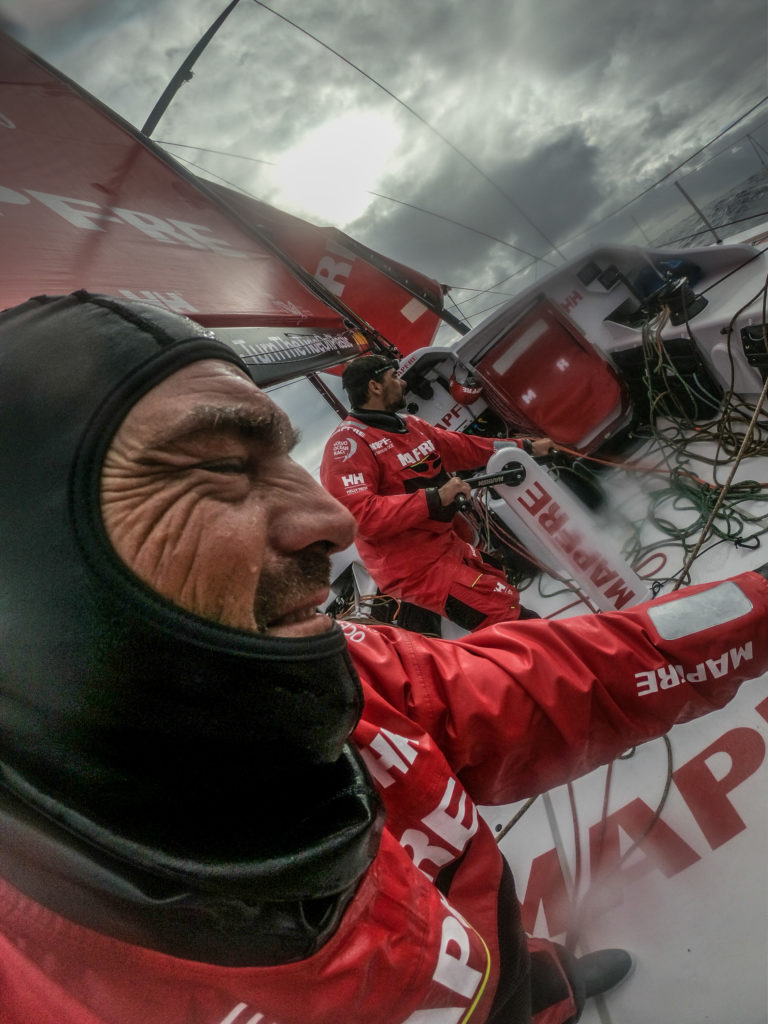 It’s been a physical battle and a mental challenge as the crews fight off exhaustion on a final push to the south – with MAPFRE being the first to have broken through the 1000nm to go barrier.

She has also extended her lead over rivals Dongfeng Race Team, but with Dongfeng having chosen to go into ‘Stealth Mode’, her performance and position is unknown at the moment. 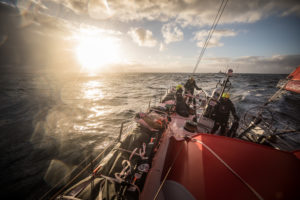 While the finish line isn’t quite in sight, the most physical element of the battle is in the rear-view mirror for the leaders.

Determined to notch up another victory after winning Leg 2 from Lisbon to Cape Town, MAPFRE skipper Xabi Fernández has been pushing his crew to the absolute limit as they close in on Melbourne.

In an effort to stay in front of Dongfeng after snatching the Leg 3 lead from them on Wednesday, MAPFRE gybed 16 times in less than 12 hours overnight as they skirted the Antarctic Ice Exclusion Zone (AIEZ).

It was twice as many as Dongfeng opted for, with each gybe requiring an incredible physical effort from each crew member, not to mention the slowing of the boat through the gybing process. 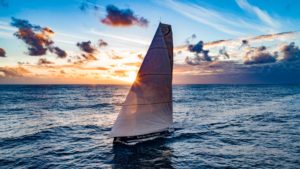 Yet the hard work paid off – and MAPFRE had more than doubled their lead.

“The last day has been quite crazy here on MAPFRE,” Fernández said. “We’ve done so many manoeuvres. We have to go south now to get to the low pressure, and that’s why we’ve had to do so many gybes. It’s pretty hard, but it’s paid off. Now we are free to sail south all day and night, and tomorrow morning we will gybe and start heading north towards Melbourne.” 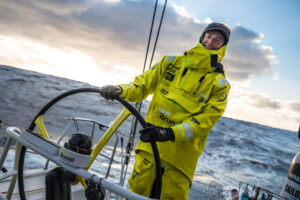 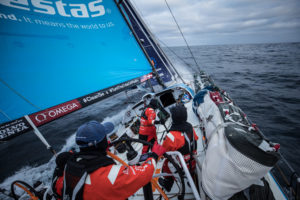 On sixth-placed Turn the Tide on Plastic, 400 miles behind MAPFRE, skipper Dee Caffari said a dark mood had lifted thanks to an improvement in the weather forecasts that could see them avoid getting swallowed up by a large high pressure system and therefore get to Melbourne quicker than first thought.

“It is not looking as bleak as it was before and this is giving us hope,” Caffari said. “We had three position reports in a row that were really bad and morale took a beating. I am a glass half full person and even I struggled with this one. However, finally we have had some wind that the others around us have not had and are making progress in the right direction for a change and it feels great.”
Meanwhile pods of Antarctic minke whales provided both Team Sun Hung Kai/Scallywag in fifth and seventh-placed team AkzoNobel with some light relief as they charged past at speeds much faster than the Volvo Ocean 65s.
“It’s not every day you get to sail through the Southern Ocean with eight of your mates and an OBR and see that sort of thing,” Scallywag’s Tom Clout said. “It was a pretty cool little moment – one we’re going to remember for the rest of our lives.”