“Talking Sailing” From My Archives. Whitehead is Agulhas Race Winner

Fiesta, a splendid example of ferro cement boat-building, is a model for aspirant builders in this form of construction. Rod van der Weele, skipper-builder has, on his return home to Port Elizabeth after competing in the Agulhas Race, just achieved his 21st rounding of Cape Agulhas .

And least we forget the RCOD ‘Spray’ with her remarkable 25-hour dash from Mossel Bay to the finish line in False Bay. Now that must have been the ride of a lifetime!

Sadly there is little mention of the time allowance given to Dieter Mielke’s ‘Inshallah’ for standing by a dismasted competitor, suffice to say it appears to have been badly handled. Mielke was awarded first spot, then had it taken away after what, reading between the lines, was a protest. The race was awarded to Jerry Whitehead’s ‘Bootlicker’. Irrespective, both men are highly regarded as fine seamen and gentlemen, so no doubt the “incident” was downplayed by both. Mielke was finally third overall and winner on handicap of Class II. 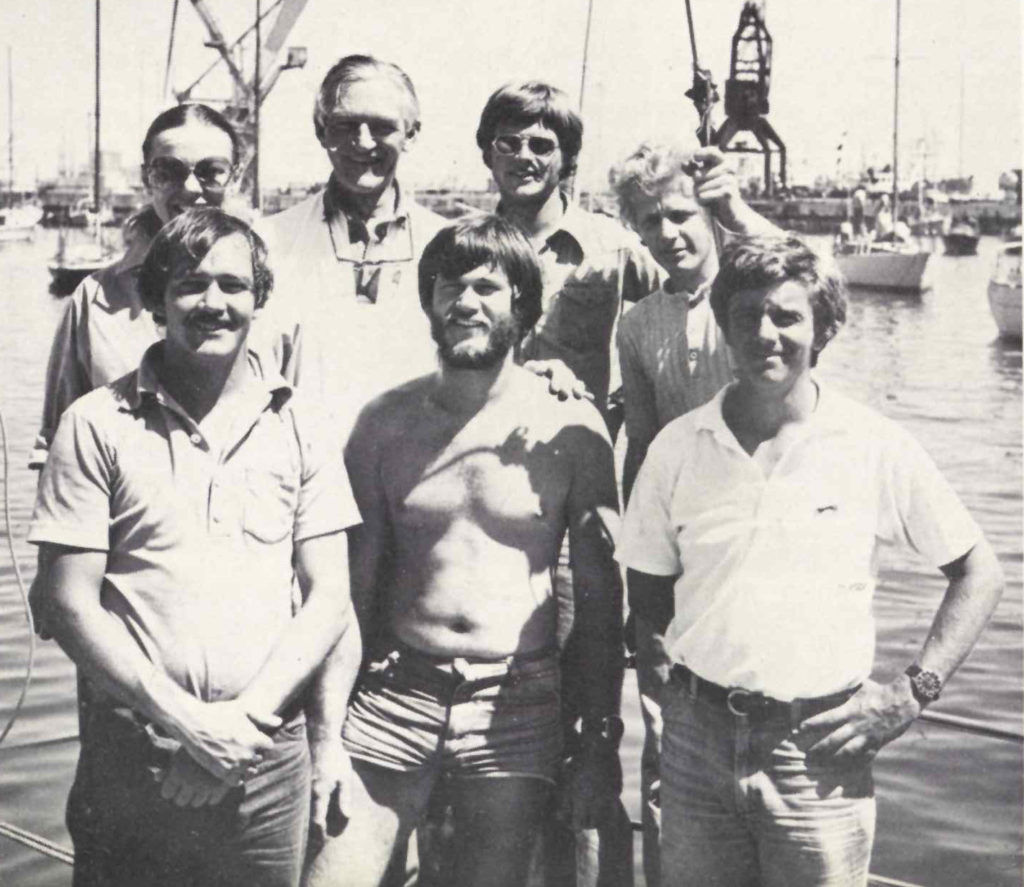