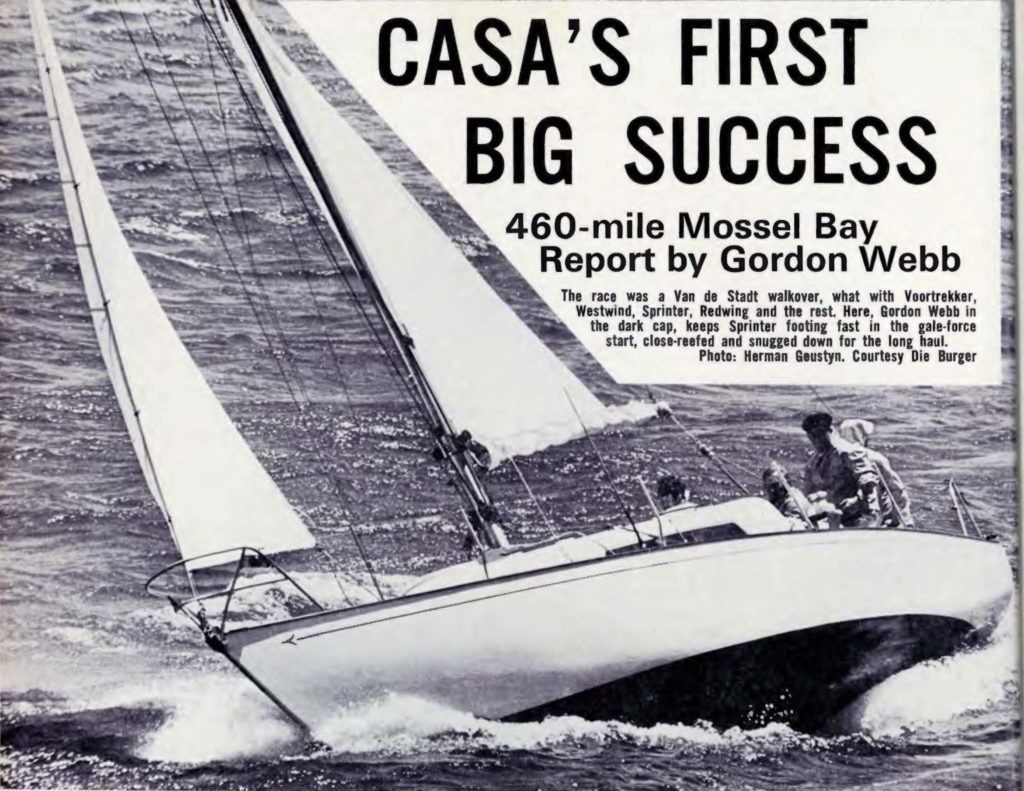 I firmly believe that one needs a little madness to go to sea off our coastline in a small boat, and especially to race. But there are many of us with that touch of madness, myself included, who have done just that and have received great pleasure and made wonderful memories doing it.

A few weeks ago now a race started from Simon’s Town taking competitors around Cape Agulhas to Mossel Bay. The results of that race are not important here, but it did get me digging in my archives to find out some early history of the notorious Agulhas Race.

My first port of call was none other that the valuable book “Yachting in Southern Africa” by Anthony Hocking. Of the Agulhas Race he says: “The premier ocean race in the Cape is now the biennial Agulhas Race, run from Simon’s Town to a mark off Mossel Bay and back to Table Bay. In its present form the race was first sailed in 1969, but its origins go back to the first long-distance race organized by the Royal Cape to Mossel Bay in 1955. The next year there was a race to Port Elizabeth, and again in 1958. But when only two boats finished the latter race, it was decided that for 1960 a race to Mossel Bay would be distance enough”.

That’s her history in a nutshell, however this “Talking Sailing” would not be complete without a full report on the race. Gordon Webb wrote a very detailed report on the race, which I implore all offshore yachties to read, and also of course all those who just like to learn more of the history of our sport.