“Talking Sailing” From My Archives. 50th Round the Island Race 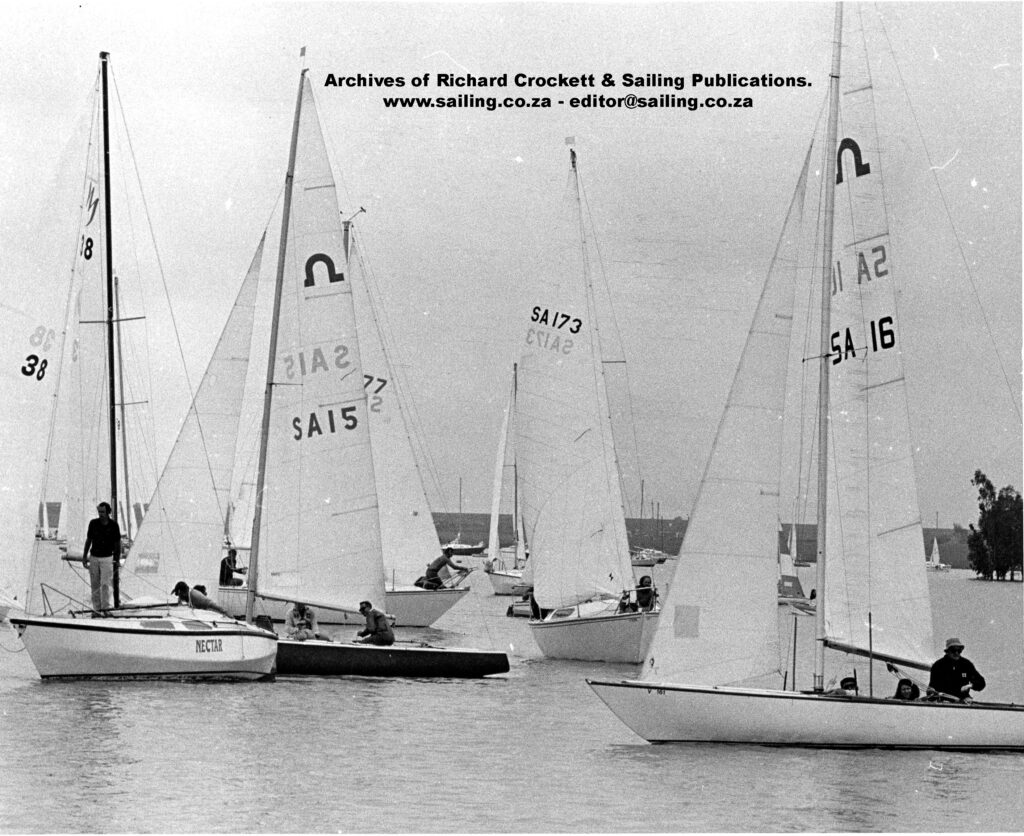 That’s a massive milestone as very few events in this country have achieved that 50th status. The Lipton Cup has of course done just that with the 67th challenge having been sailed in Saldanha Bay in August this year. In May, the Vasco da Gama Race was sailed for the 50th time. Other than these three events, I cannot think of any others that have reached similar status, but maybe some sharp follower of this Blog can add to that.

474 boats competed in 2008, with the organisers making some subtle changes to proceedings and offering R50 000 in prize money to the first boat to break the 45-minute barrier for the race.

Line Honours went to Andrew Dolloway’s ‘Ladybird, with Paul Willcox on a 49er winning overall on handicap. For a change the overall top ten on the honours board went to monohulls with just 2 multihulls sneaking in.

No records were broken as it was a slow race, yet there was lots of action and a Cape crew who wrote a separate article about their experiences.

My archives have a few hundred pics on this race alone, but sadly very few are captioned. As a result I have scanned the captions ones and include them in this feature.

This is also an appropriate place to change topic – so stand by for Monday when there will be something completely new. 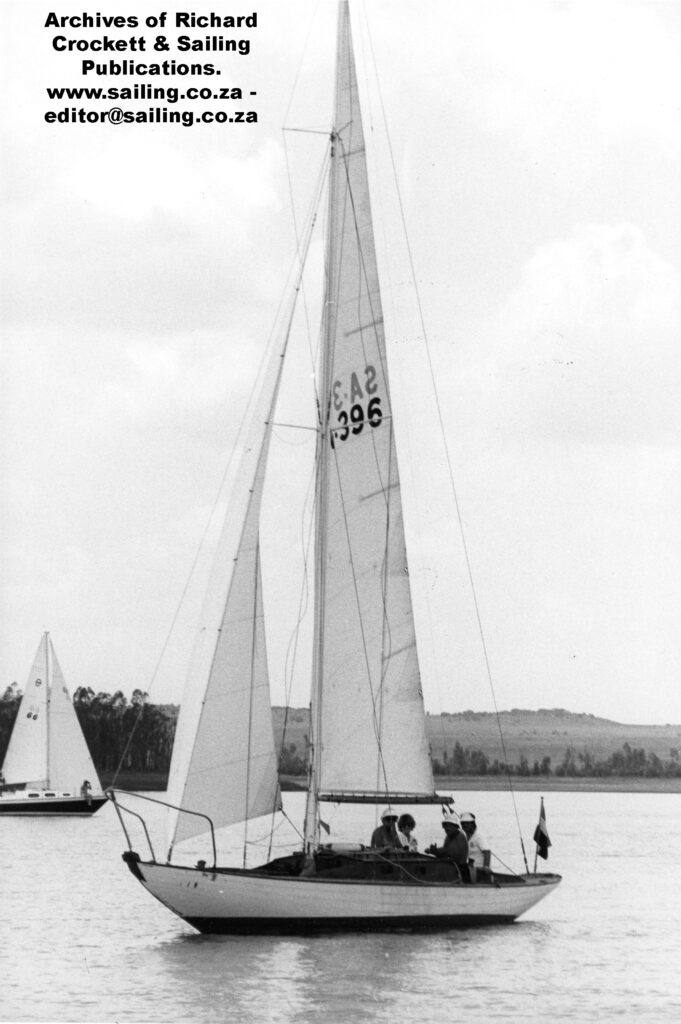 Could this be Al Malika? If so it was designed/built by McGruger &Co. and was owned at one point by L A Neale Down, DFC. Does anyone know which year this may have been, and who was sailing it? 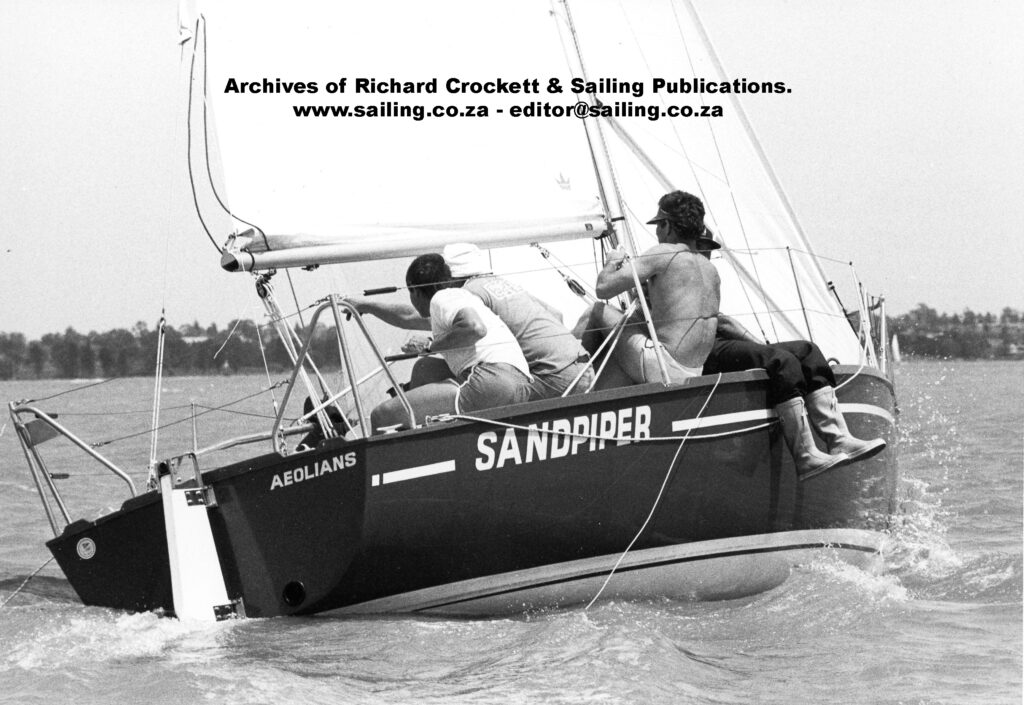 Sandpiper, the first L26 skippered by Alan TRucker. It looks as if the crew have found something of interest in the distance? 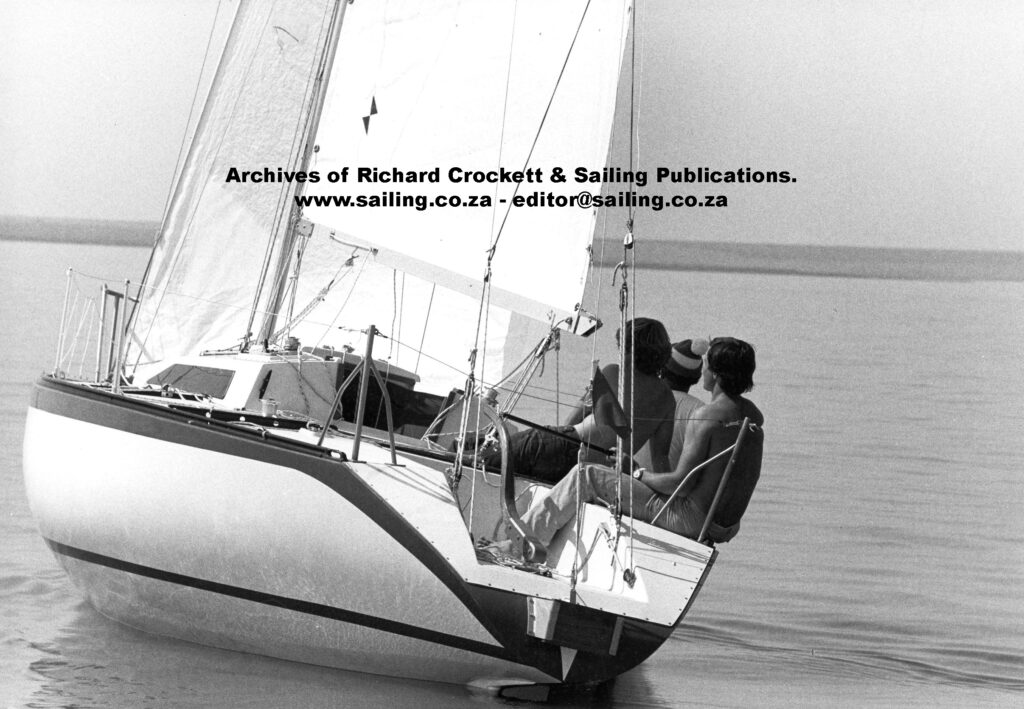 Properly positioned, the boat heeled and correctly balanced fore and aft. Geoff Meek and crew drift on picking up every little puff on Lumpea. 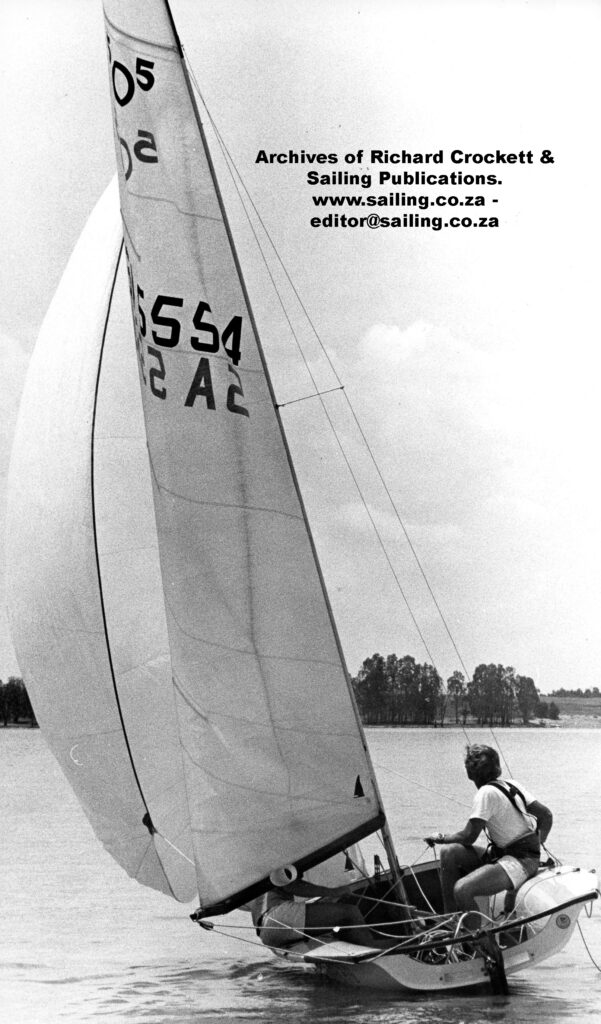 Can anyone identify who this is? 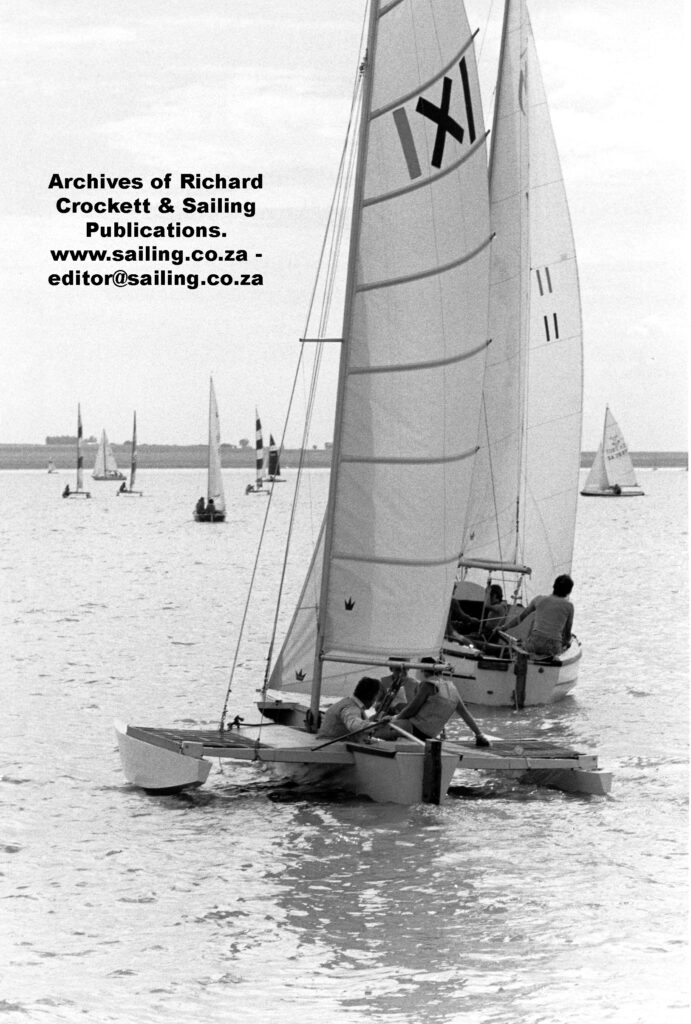 Surely the smallest trimaran in the world? One of the one-offs to sail the Round the Island Race. 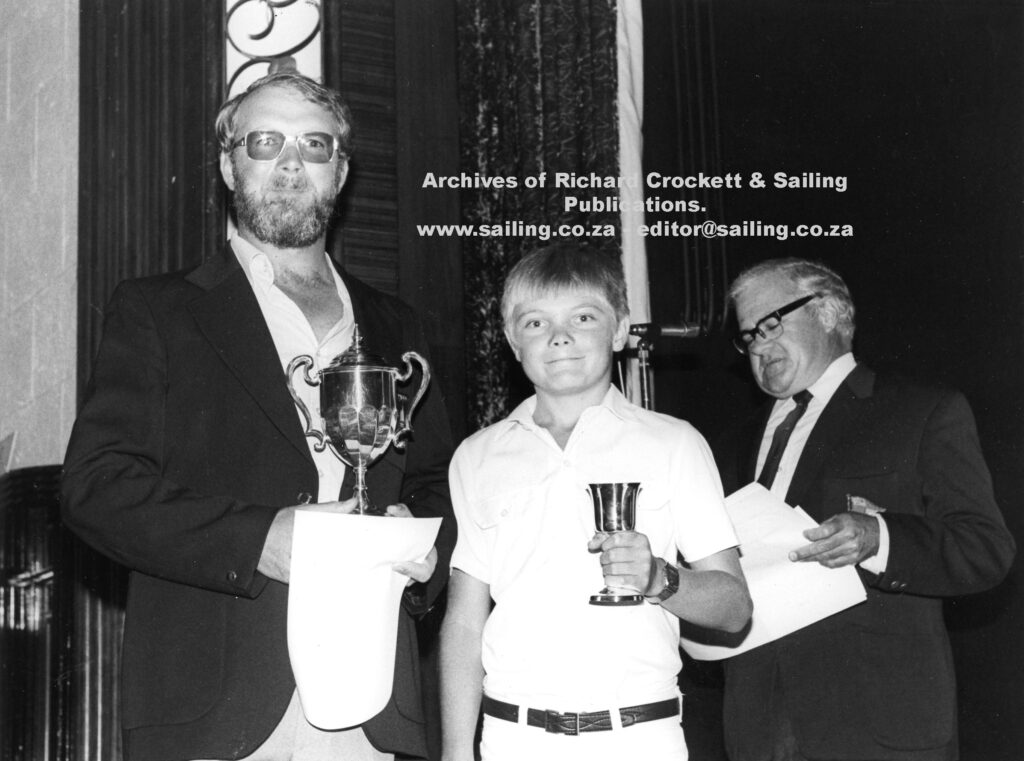 So who are these two prize winners? They look as if they could be a father & son team? In the background is John Randall. 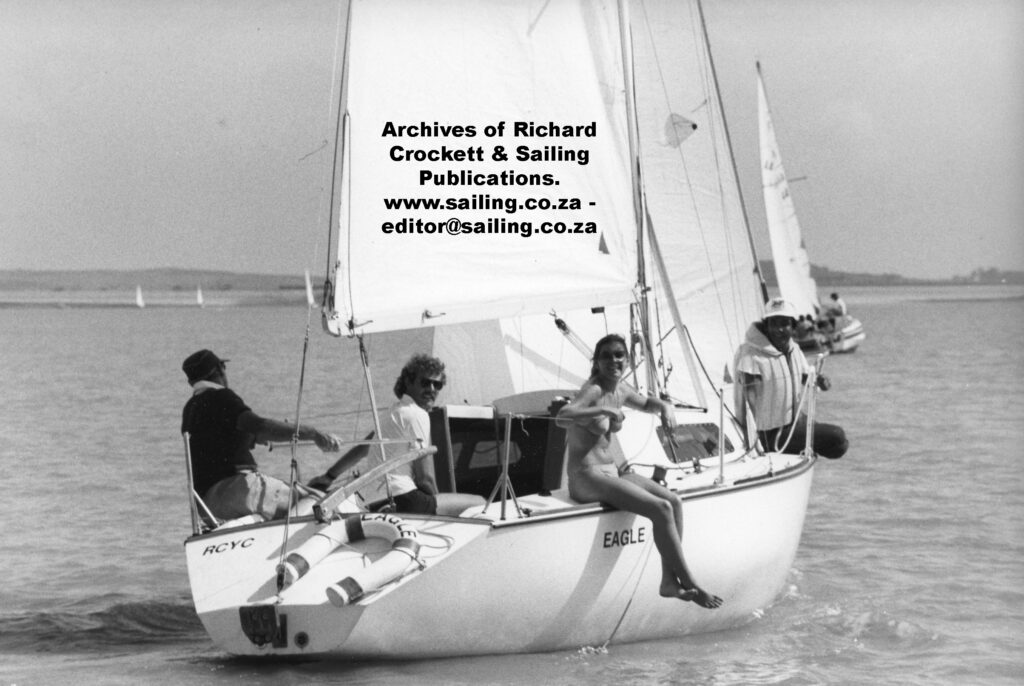 There is no caption to this pic. The crew look happy and relaxed – but who are they?