“Talking Sailing” From My Archives. 1986 Lipton Cup – RCYC the Victors 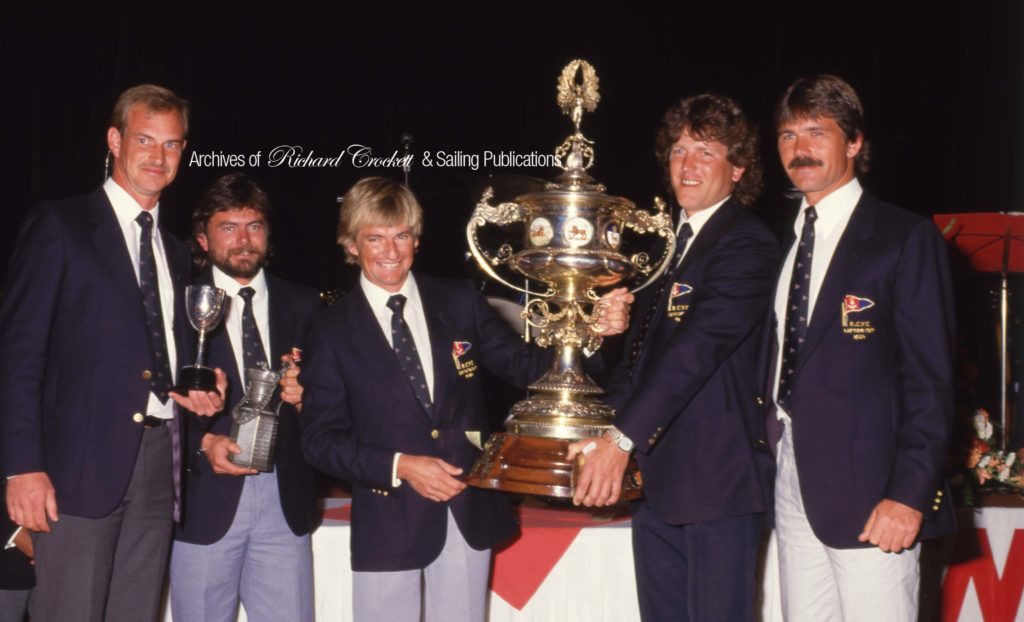 This was another rip-snorting event, marred only by a big wind shift in the first race which had the top contenders on the back foot. But the cream always rises to the top, and ultimately after four races, Etienne van Cuyck and his crew representing the RCYC were the ones who rose up and sailed to victory.

Alex Stone, writing for SA Yachting opened his report with these words: “What is it that makes the Lipton Cup such a special event? The regatta certainly has a flavour all of its own, a uniqueness created perhaps by the lure of a fabulous and valuable trophy; maybe it’s the tradition that surrounds the event, all the way back to Sir Thomas Lipton, who bequeathed the Cup. Could it be that club, as well as individual pride is at stake amongst the challengers?

“All this contributes to the magic of the Lipton Cup, but mainly, I think, it’s the sublime competition and the close racing that has become a feature of the event since the switch to a one design class, which makes the regatta an expo of the best keelboat sailing talent this country has to offer.

“The unforgiving structure of the event makes the Cup an elusive thing to pin down. The first three races, over traditional courses that cannot be shortened or swung, or worse, cannot be discarded from one’s score, give a sudden death feel to the racing. To capture the Lipton Cup, one needs to sail aggressively, but you also need all the breaks to win without the luxury of a discard race.” 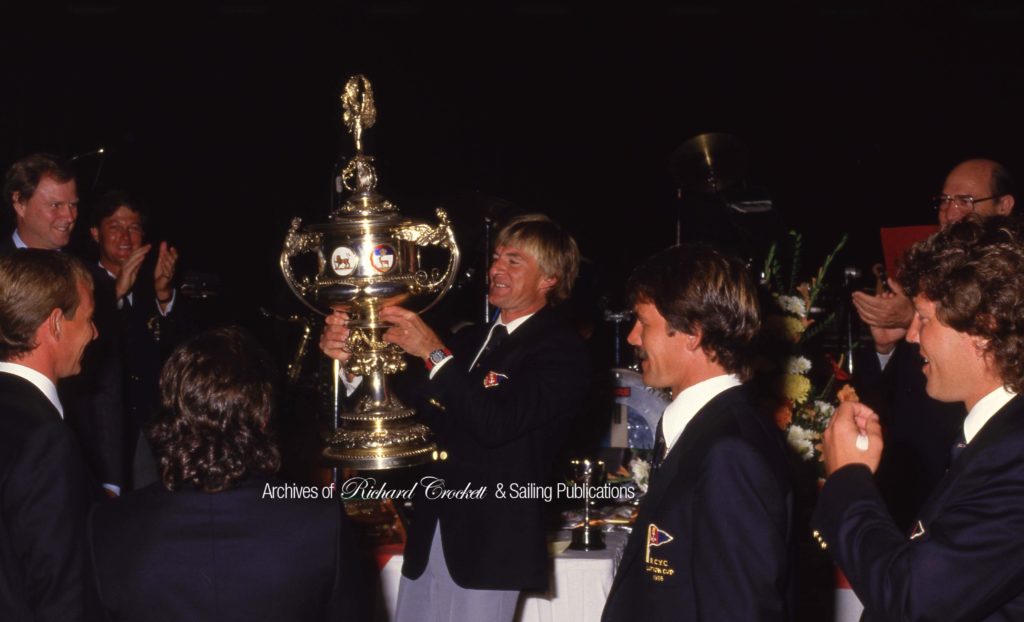 The sheer pride and joy of winning the coveted Lipton Cup is clear in this image of Etienne van Cuyck – winner of the 1986 challenge. This is what the Lipton Cup is all about – and he shows it better than anyone else in this special moment.

I opened with the following in SAILING Inland & Offshore magazine: The Lipton Challenge Cup of 1986 will be remembered for the fantastic sportsmanship and close racing throughout all four races.

“Had Sir Thomas been around during the event, he would surely have been proud of each and every competitor, which is why he wrote into the deed of gift covering the challenge … “the sailing committee shall keep in view the ordinary customs of the sea, and discourage all attempts to win a race by other means than fair sailing and superior speed and skill.”

“The racing was clean with not one single protest being recorded, and at the end of the day it was most certainly “superior speed and skill” that won the coveted Lipton Cup.”