“Still going strong, the 30 Squares are planning a new lease of life with fibreglass hulls in the offing …” shouted the heading, but alas this 1973 event was to be the very last in the 30-Square Metre class, and no one knew it as they were planning the next event as the next few paragraphs show.

“At the Mayor’s Reception during the Lipton Cup last year in Durban, it was sportingly announced that the leading Cape boat would name this year’s Lipton Cup waters. Accordingly Tarpon nominated Table Bay, April 9 to 13.

It transpired that all the gods of wind were on our side and it was the best Lipton weather I have ever experienced. Thanks go again to the Navy for allowing Lieutenant-Commander Rodney Gardiner, an experienced 30 Square Metre sailor himself, and captain of ‘SAS Fleur’, to act as our guardship. The race committee and “Rod” set five “grouseless” Olympic-shape courses.”

Something that has interested me throughout this 30-Square era of the Lipton Cup is how there always appeared to be a high level of sportsmanship prevailing throughout the fleet, especially when it came to the venues. In the 22 years of 30-Square competition, there were 4 occasions when the winners, who had the right to defend on their own waters, chose a different venue.

In 1963 Noel Horsfield won it in Durban for the Henley SC aboard ‘Rapid’, yet the competition was sailed in Cape Town in 1964.

In 1966 Wilfred Hancock won it in Durban for the RNYC aboard ‘Mariquita’, yet the competition was sailed in Cape Town in 1967.

In 1970 W. Bongers / H.A.Van Hoogstraten won it for ZVYC in Cape Town aboard ‘Trickson II’, yet the competition was sailed in Durban in 1971.

In 1972 Dave Cox won it for the PYC aboard ‘Tintomara’, yet the competition was sailed in Cape Town in 1973.

The most successful skipper during this 30-Square era was Wilfred Hancock who won the Lipton Cup six times. Next best was Noel Horsfield who won it three times.

This concludes the Lipton Cup series of the glorious 30-Square era.

A new series will commence during the coming week, and the Lipton Cup theme will continue as the 2021 Lipton Cup will be in Saldanha Bay from 16 – 21 August. 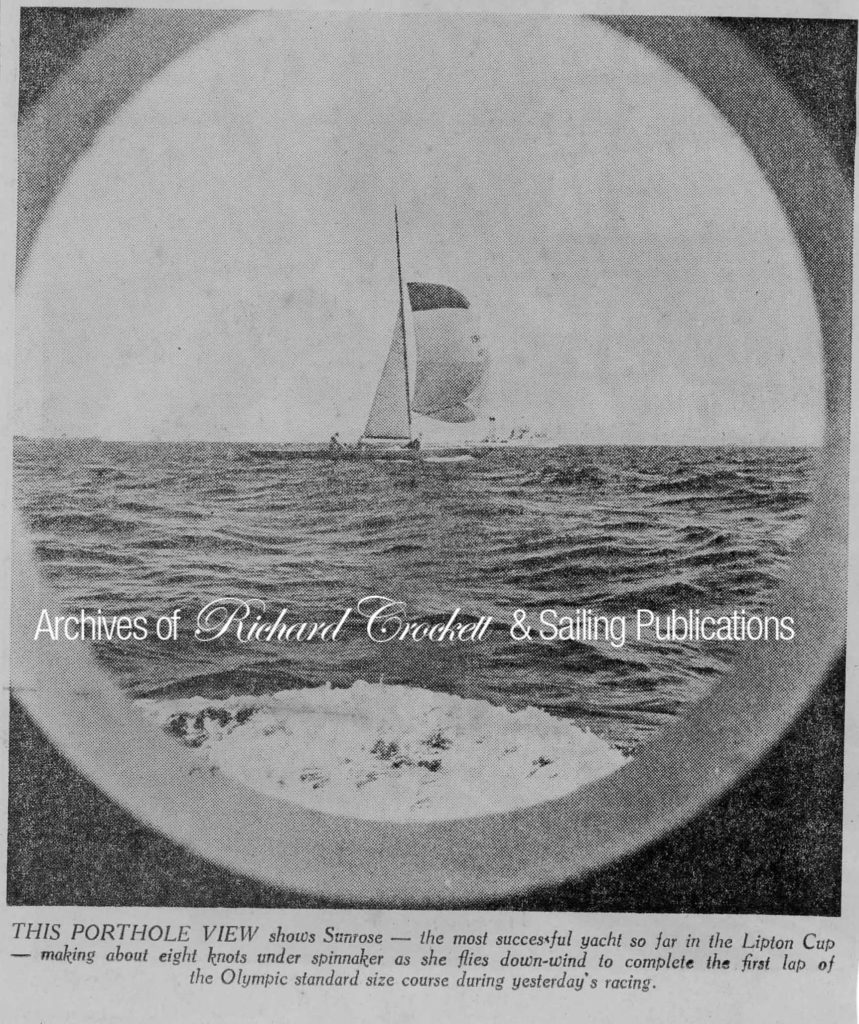 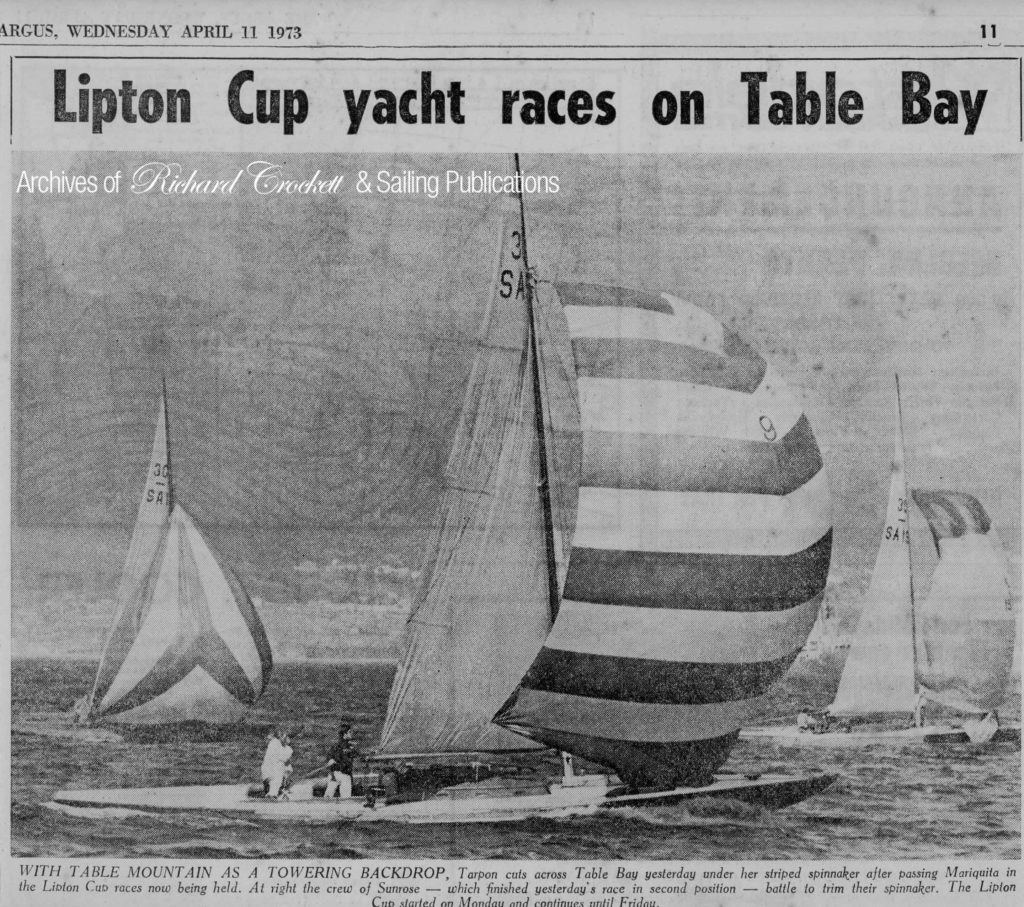