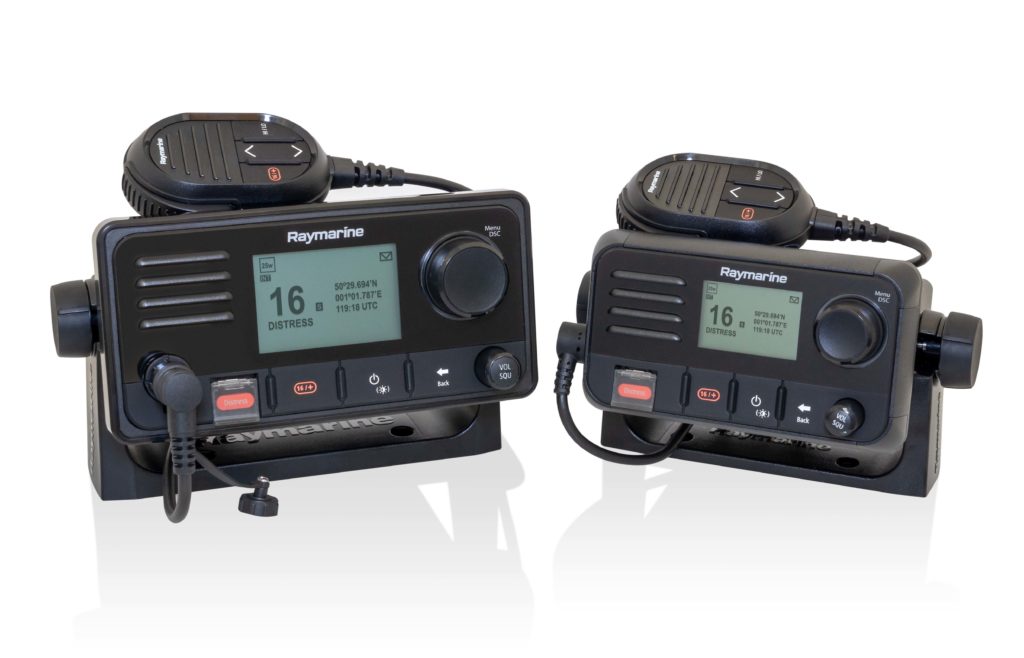 Each new VHF model is equipped with a built-in GPS receiver and connection point for an optional GPS/GNSS antenna, which improves the GPS reception when the radio is mounted below deck or in an enclosed pilothouse. Designed to complement the modern style of Raymarine Axiom multifunction displays, these new VHF radios look great trunnion or surface mounted on any helm.

Additionally, Ray63 and Ray73 can connect to Raymarine’s new wireless VHF hub and can support up to two wireless handset stations for wireless communication anywhere onboard. 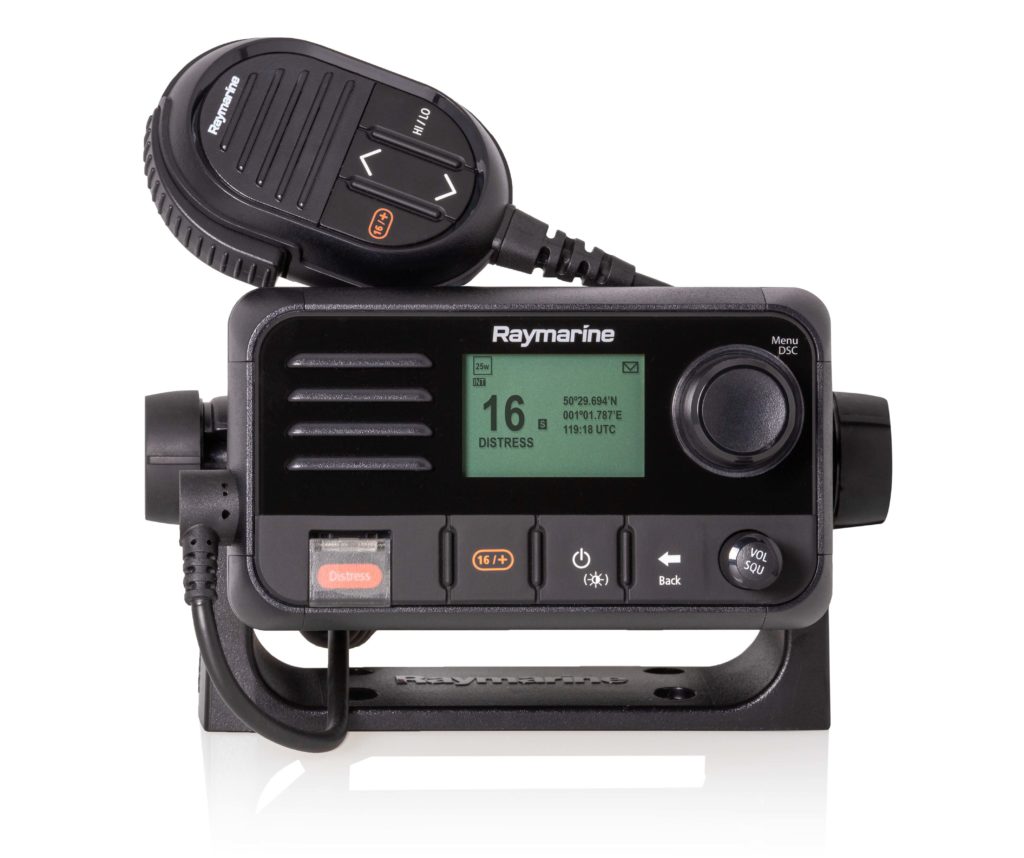 Ray53 Compact VHF Radio with GPS
Raymarine’s Ray53 radio is small in size but big on features and performance. Ray53 is a full-function VHF marine radio with Class D Digital Selective Calling (DSC) and a built-in GPS receiver. Simply program your boat’s MMSI number into the Ray53 and immediately benefit from the enhanced calling and safety features of DSC. The Ray53 supports both NMEA2000 and legacy NMEA0183 networking, which enables it to connect with other onboard electronics. Ray53 also supports the connection of an optional remote speaker to provide audio at a second location. 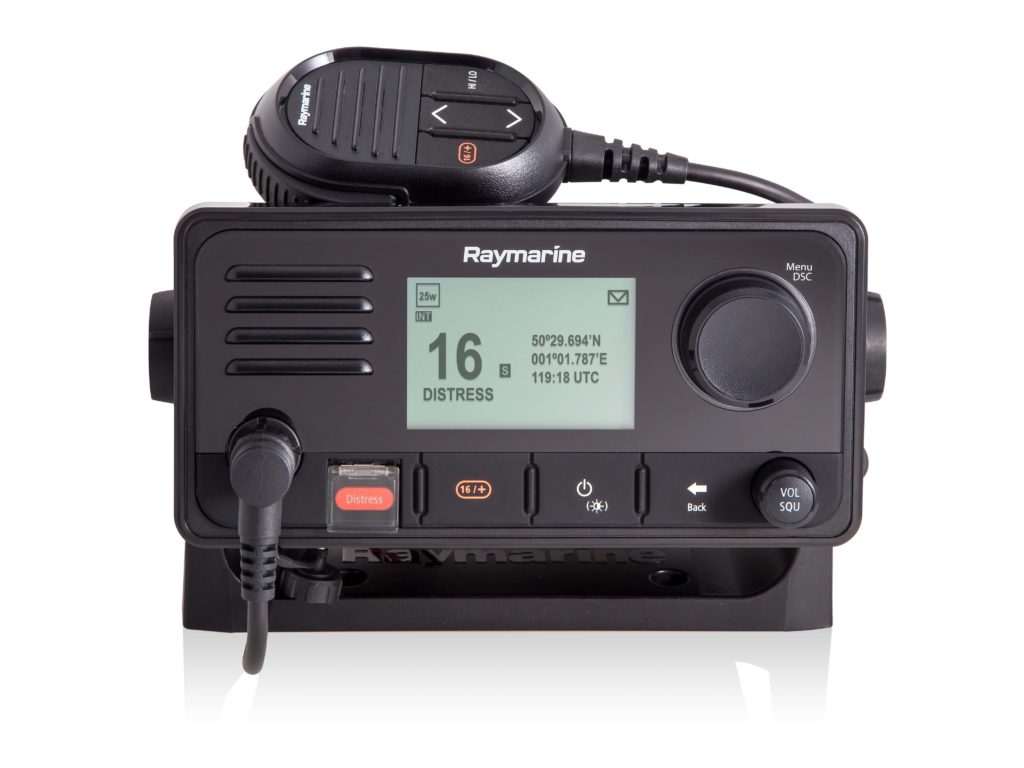 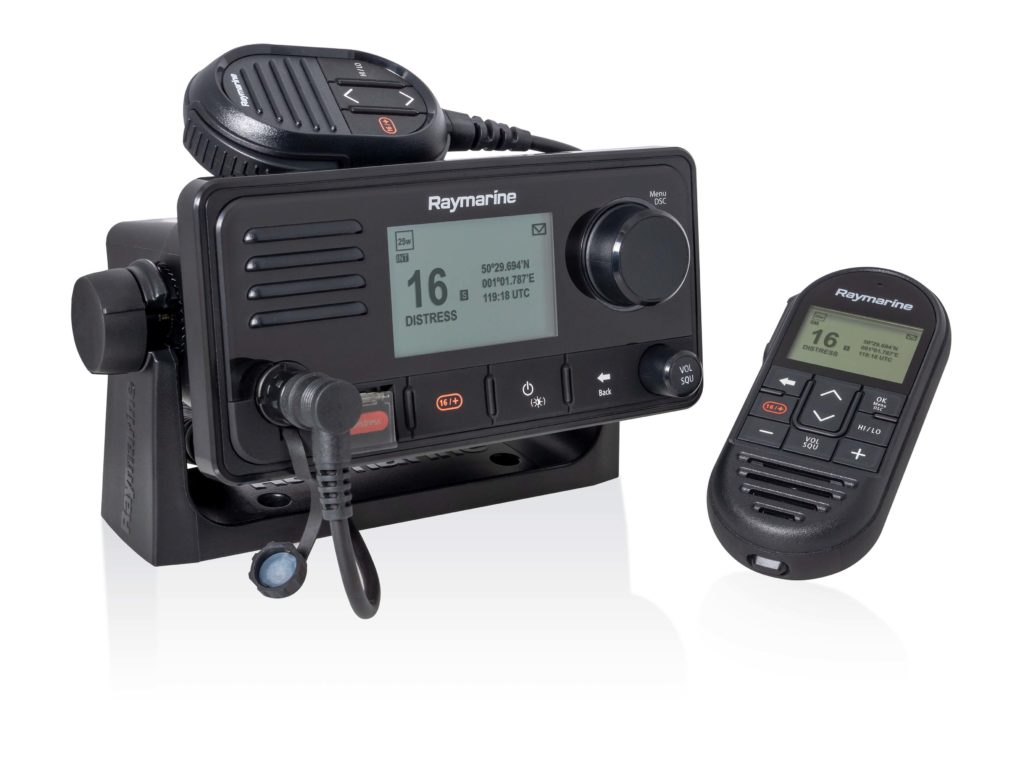 Ray73 Multifunction VHF Radio with GPS, AIS and Loudhailer Output
Raymarine’s new Ray73 multifunction VHF is communications central for your boat. In addition to the features of the Ray63, Ray73 adds a built-in Automatic Identification System (AIS) receiver and a powerful loudhailer output. Ray73’s AIS provides collision avoidance and identification details for nearby AIS-equipped vessels to a networked multifunction display, chartplotter, radar, and instruments. When combined with an optional hailing horn, the Ray73’s loudhailer output allows communication with crew members on deck, those on other vessels, or people on the dock. In addition to Ray73’s powerful public-address capability, it can also generate manual or automatic fog signals when moored or underway.