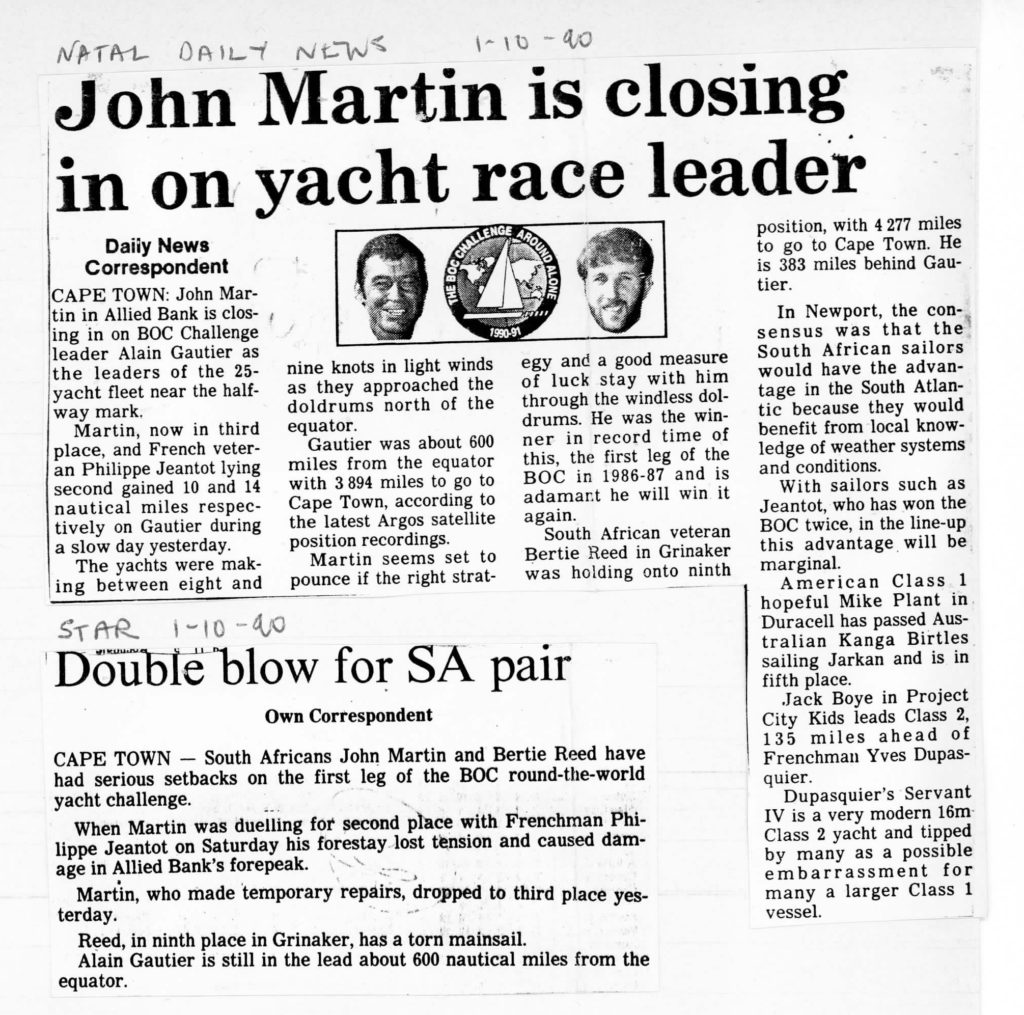 Upfront – apologies for the break in transmission yesterday, but Eskom was doing routine maintenance for the day in our area yesterday. We were informed that ‘the juice’ would be off from 08h00 until 16h00 – and it was – all very efficient by Eskom.

So as a bonus I will include a cutting from 1 October, and the balance for today.

Enjoy looking back at the rich history our sport has in this country, and indeed the world.

Ant Steward. 1993. Oosterlig newspaper and others reported that Steward was being treated for a rare disease picked while on the final leg of his historic circumnavigation. AI have chosen the Afrikaans cutting as it is the only report that has a pic of the intrepid mariner – and more importantly his long-suffering wife! Read all about it HERE:  1993 02 10 – Ant Steward. 1993.

So What is “On This Day’ All About?
I am busy archiving many boxes of press cuttings I have accumulated and which I guestimate run into tens of thousands! A daunting task which I believe to be necessary before ditching them as I have been concerned for many years about the lack of interest Clubs, Classes and other sailing related organisations give to preserving their history.

As each scanned cutting will be searchable, I will be able to create presentation packs personally tailored to a persons exact requirements – ie. Rothmans Week, the NCS Regatta, the Rio Race, Mauritius Race and more – or simply by the name of an individual (like Ant Steward and his open boat exploits) who want a record of his/her sailing career for the family archives.