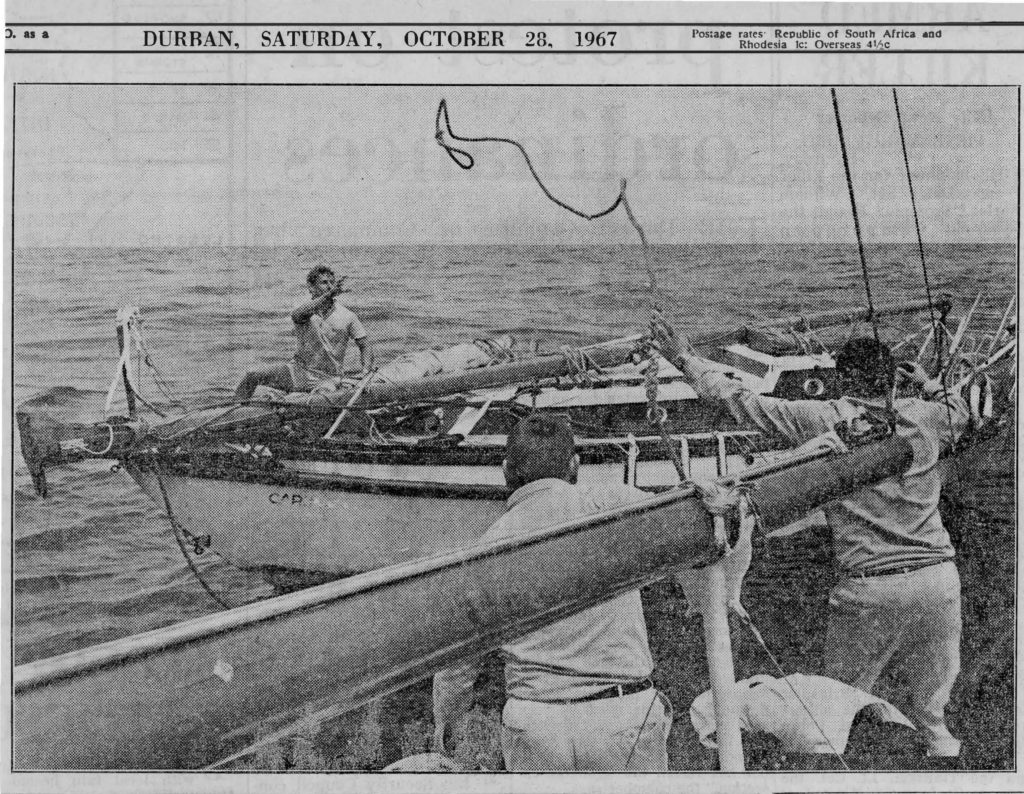 Round-the-World cruising yachtsmen are again in the news, while we continue to follow the saga of the missing ‘Carina”.

A Cape Times editorial picks up on the concern of BOC Challenge yachtsmen of the oceanic “desert” encountered during their passage to Cape Town.

And that man David Abromowitz is in the news again flanked by two beautiful ladies – he’s promoting the Cape to Rio Race.

1967. “Still No Sign of Lone Yachtsmen Off Natal Coast”. Yesterday was the 28th birthday of the lone sailor, Mr Simon Holmes-A-Court, for whom an intense sea and air search has been taking place since he was last reported seen in his ketch, the ‘Carina’, off Scottburgh on Tuesday. To read the full report, Click on the following LINK:  1967 10 27

1967. “Missing Yacht Taken in Tow: Lone Sailor Safe”. Simon Holmes-A-Court, the 28-year-old lone sailor who has been missing in his ketch ‘Carina’ for the past three days, is safe aboard the French vessel ‘Ville de Lyon and is being brought to Durban. To read the full report, Click on the following LINK:  1967 10 28.

1967. “And Now Rescued Sailor Simon’s Troubles Really Begin”. Simon Holmes-A-Court, the 28-year-old yachtsman who was towed into Durban Harbour at the weekend, faces a big problem. To read the full report, Click on the following LINK:  1967 10 30 d

1989. “Three-year Odyssey Ends in Durban for Lone Yachtsman”. A lone British yachtsman who has already sailed half the world during his three-year-long travels arrived in Durban yesterday with tales of adventure on the high seas and close encounters with death. To read the full report, Click on the following LINK:  1989 10 27 379 6

1990. “Oceanic Desert”. Reports by BOC Challenge yachtsmen arriving in Cape Town of the oceanic “desert” encountered on their voyages across the Atlantic suggest that South Africa has awoken to the problem just in time. To read the full report, Click on the following LINK:  1990 10 27 393 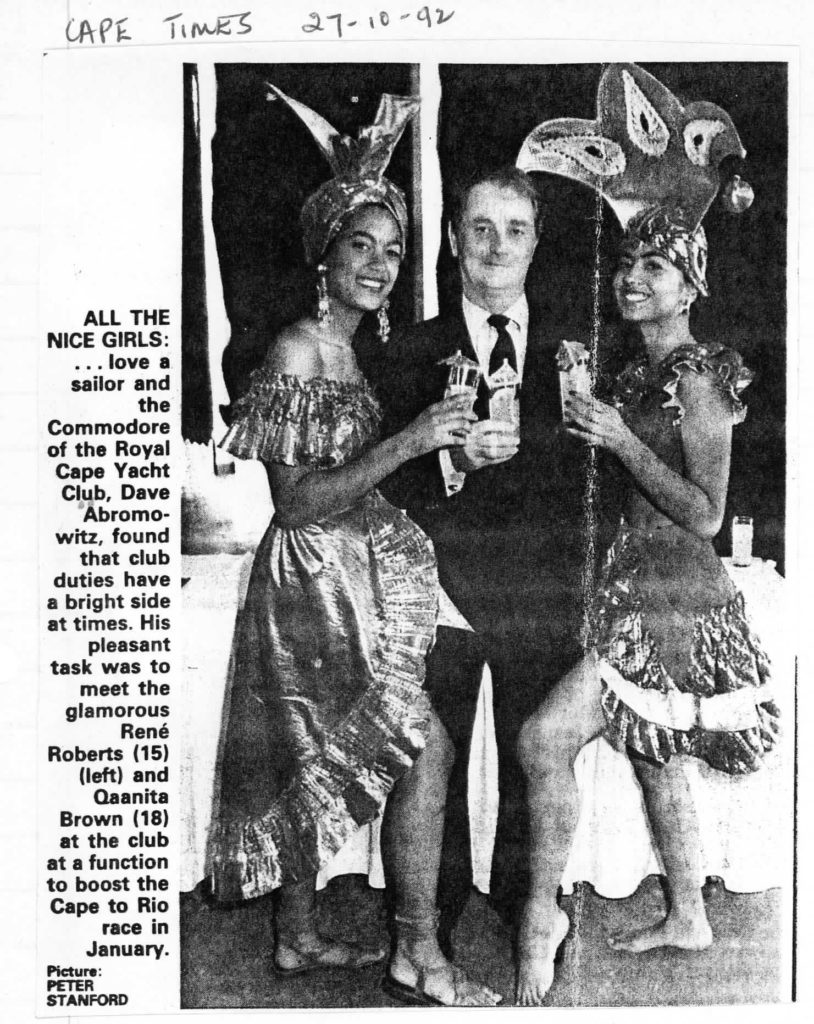