News on the 2022 Golden Globe Race 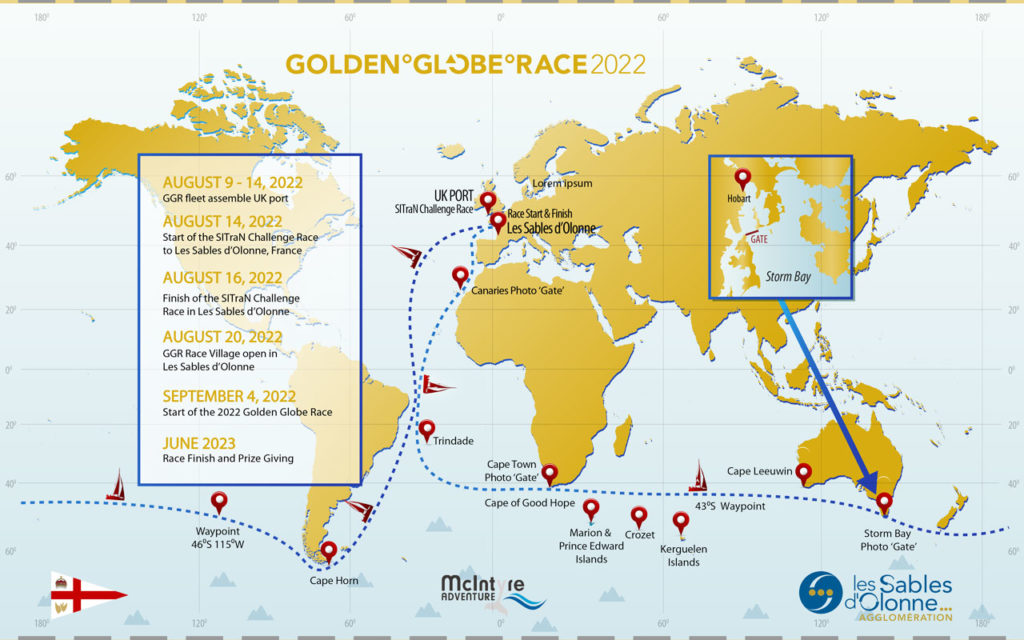 Les Sables d’Olonne, which will be the host start and finish port again in 2022. The success of the first can now be measured in terms of publicity as it gained 2 years of international publicity valued at 16.5m Euros, and Falmouth, which hosted the pre-Race Suhaili 50 Parade of Sail, celebrating the 50th anniversary of Sir Robin Knox-Johnston’s departure in the original 1986 Sunday Times Golden Globe, and the start of the SITraN Challenge race to Les Sables d’Olonne, gained £1.85m from the 3-days of events.

Don McIntyre, the GGR founder said today: “What a fantastic solid result for a unique original adventure created by a small passionate management team with low budgets. It confirms the support and huge following the 2018 GGR achieved from ordinary people interested in a simple, back to basics human endeavour. No fluff; just an honest, down-to-earth non-stop solo race around the world that media understand. We must also thank the passion of our French fans and our enthusiastic Host Port and logistics partner Les Sables d’Olonne, Ville and Agglomeration. The GGR family continues to grow, ensuring the 2022 edition will be an even bigger success.”

Britain has seven entries, Australia has 5, South Africa and the USA have 2 entrants, with Austria, Canada, France, Ireland and New Zealand all having 1 so far.

The South African entrants are Jeremy Bagshaw (56) from Simon’s Town; and Kirsten Neuschäfer (37) the first women entrant, from Port Elizabeth.

Profile of Kirsten Neuschäfer
Born – 23 June 1982
Nationality – South African
Country of entry – South Africa
Boat Class – Suhaili
Hometown – Port Elizabeth
“I have been sailing dinghies since childhood, but sailing since 2006, as a profession: sail training, sailboat deliveries, and since 2015 I have been working for Skip Novak on his Pelagic Expeditions to South Georgia, The Antarctic Peninsula, Patagonia, Falklands etc. I am currently skippering “Pelagic” and we are presently in Maine doing refit work, getting her ready for next Northern summer in the Arctic. I have done a fair bit of single-handing, mainly along the South African coast, but I have done one long-distance, single-handed delivery from Portugal to South Africa, with only wind-vane as self-steering in 2011/2012, on an old and maintenance-intensive 32 foot ferro-cement sloop. Other than that, I love solitary adventures. I cycled from Europe back home to South Africa (15 000km over approximately one year) on my own, when I was 23, through Northwest- and Central Africa into Southern Africa and eventually ending at Cape Agulhas. This was one of the best things I have done in my life, for all its trials and tribulations; it was life-enriching in every sense, and gave me the deepest appreciation of Africa and her people” she said. 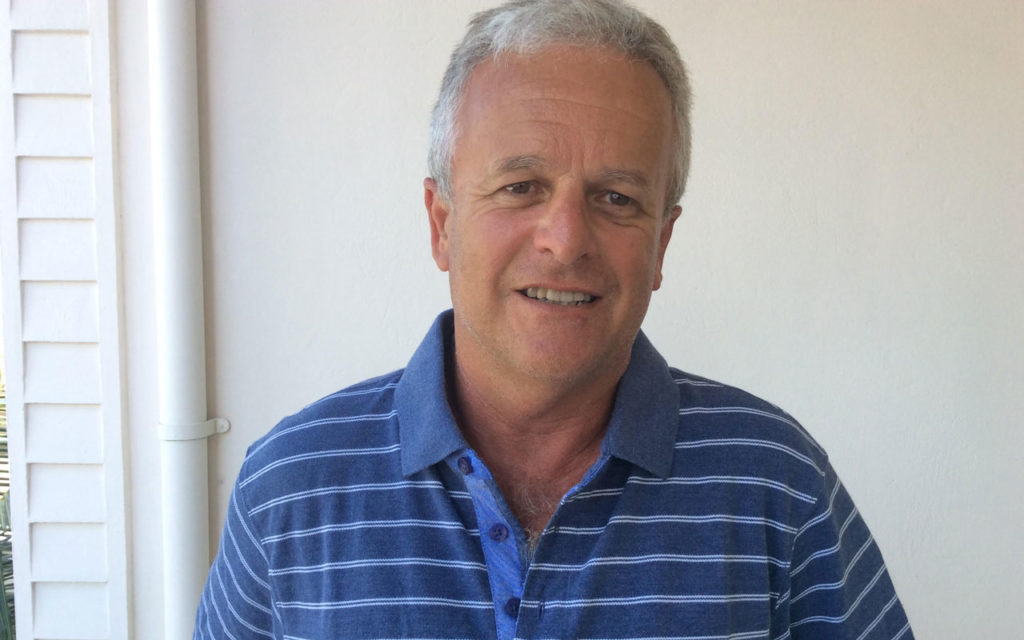 Profile of Jeremy Bagshaw
Born – 25 December 1962
Nationality – South African
Country of entry – South Africa
Boat Class – Suhaili
Hometown – Simon’s Town
“I am a life-long sailor having been introduced to the sport by my father at the tender age of 6. I graduated through various dinghies from Optimists to Lasers and Fireballs. After years of competitive dinghy sailing, my first introduction to offshore racing was as crew on a Lavranos designed Charger 33, an IOR racer, in the 1985 South Atlantic Race from Cape Town to Punta Del Este in Uruguay. I then sailed the return delivery to Cape Town in the autumn with a short handed crew.

“Later that year, I did my first delivery as skipper of a Farr 38 from the East Coast of South Africa to Mauritius and then skippered the race back from Mauritius to Durban. More recently I’ve won the Governor’s Cup Race from Cape Town to St Helena twice, once as Skipper of an inexperienced crew of Saint Helenians and the second as co-skipper of a Farrier 31 trimaran (double handed).

“I suppose the competitive nature of sailing is an inspiration in itself, but it was the rawness and beauty of the Southern Ocean as partly experienced on a charter to Tierra del Fuego with Pelagic Expeditions in 2007 that has been the catalyst for this GGR venture” he said.

Don McIntyre explains: “In relation to storm tactics and equipment to use like Drogues, no individual or expert exists with a sure solution, or the ultimate answer. Every boat, storm, wave pattern and situation is different, so we will NOT regulate what entrants must do, or should have. Like all good sailors, we keep discussing it, learning and researching, then make our own decisions and face our own destiny. Their life is in their hands. If there is one thing all entrants are very aware of and serious about, it is how they plan to survive the Southern Ocean. They do not need us to tell them and we don’t have a guarantee to give.”