Lipton Cup. It’s All Down to the Grand Finale Tomorrow (Saturday) 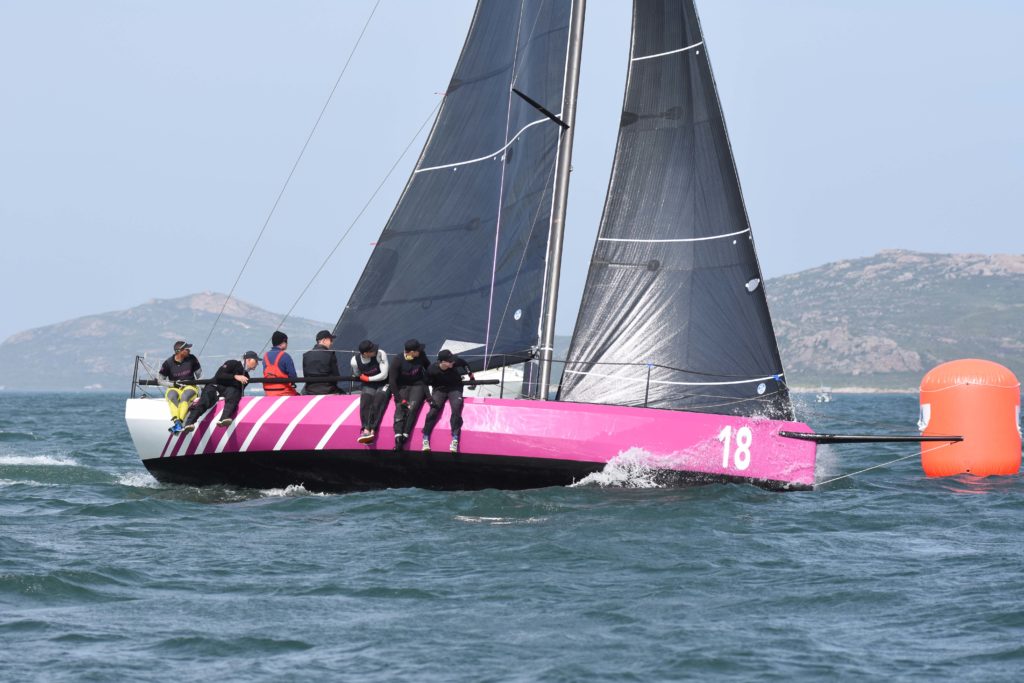 Wow! What an absolutely brilliant day’s racing the Lipton Cup contenders had on Saldanha Bay today.

The top three contenders for the Lipton Cup gave those lucky enough to follow them live on the water, a spectacle of top-class tactical yacht racing. No quarter was given, no effort was spared while the crews gave a display which proved beyond doubt that they are the very best.

After races 8 & 9 today, the honours simply reverted back to what they were this morning before racing began – a single point separating the top 3 boats. More interesting is the fact that these top three each scored 4 points for the day!

Race one went the way of the Witbank Yacht & Aquatic Club (WYAC) who slowly but surely edged ahead of the fleet up the first windward leg, rounded the weather mark in first place and simply never looked back for the rest of the race as she took advantage of every single wind shift, every little puff of wind – and everything the opposition could throw at her to force an error.

This was an error-free performance from WYAC.

Sadly for her the 9th race was not error free, and the error she made cost her dearly in terms of her overall position. Her third was not enough to give her the overall lead going into the final day.

Race 9 started in dramatic fashion with both the Royal Cape Yacht Club (RCYC) and Zeekoe Vlei Yacht Club (ZVYC) boats being over the line at the start, and having to return before re-starting. This would have put most competitors off their stride, but it galvanised the RCYC guys into action, and they sailed superbly to take a comfortable second place. Despite sailing in third spot for 4 legs, they took their chances on the 5th leg, the last windward leg, chose their side of the course on the left and decided to compete for the lead from the RNYC team.

The WYAC team took a long leg to the right side of the course on that 5th leg, making the rookie error of not covering their opposition. They went alone looking for some magic which never materialised, and in so doing allowed the RNYC and RCYC to consolidate at the head of the fleet.

Royal Natal sailed well, covering when they had to and keeping the RCYC neatly tucked away in second spot at the final windward mark rounding. WYAC was third.

And that’s how they finished.

So tomorrow (Saturday), is the final race, and a crunch one too as it will decide which team will hold the Lipton Challenge Cup in victory. If either the RCYC; RNYC or WYAC teams win, they will win the Lipton Cup. If someone else sneaks in, the permutations get tougher, but as these three teams have hogged the limelight all week they will not give anyone else a chance to spoil the party.

The final race is due to start at 11h00 – weather dependent.