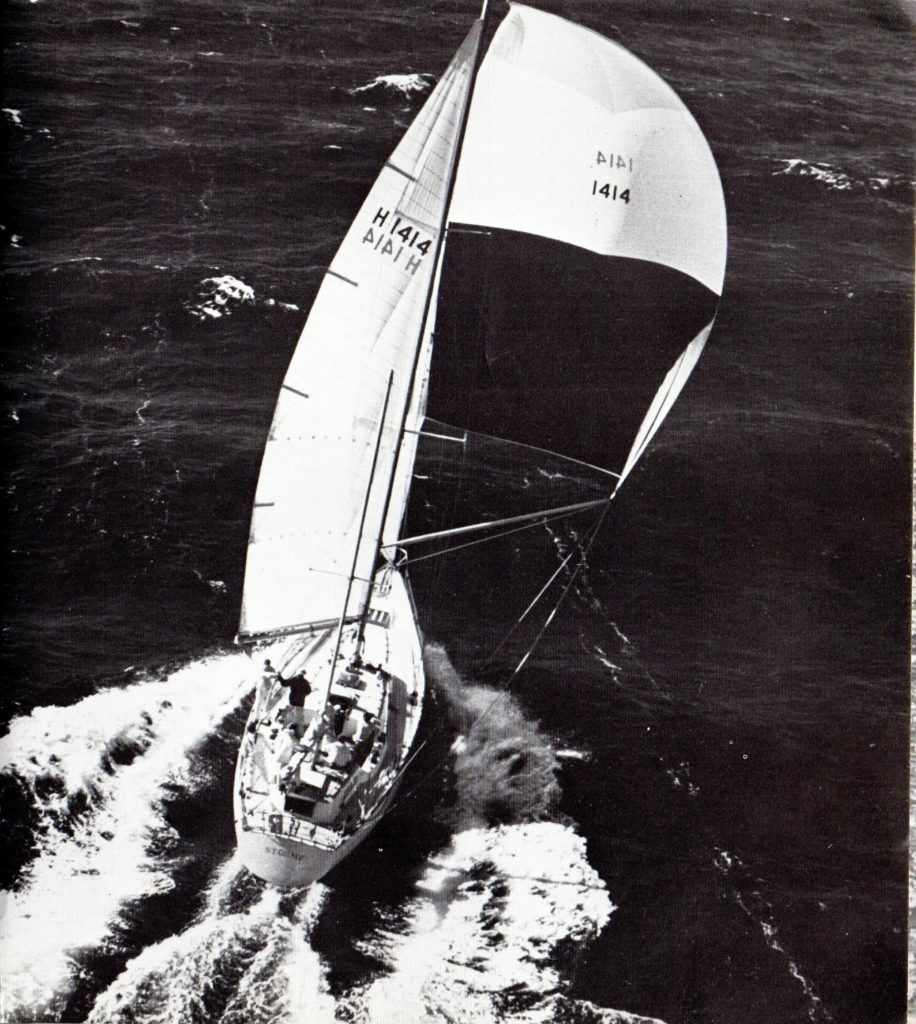 Stormy under spinnaker at the start of the 1971 Cape to Rio Race.

The very first Cape to Rio Race in 1971 attracted worldwide interest, and entries too, with a fine array of yachts in the 69 boat fleet.

‘Stormy’ was skippered by Cornelis ‘Kees’ Bruynzeel, and over time her reputation as a fine ocean racer became legendary, as did her skipper who died aboard ‘Stormy’ during a race in the Mediterranean in 1980.

She has changed hands several times, was renamed ‘Lady Margaret’ by one owner, and has undergone several modifications, including an aluminium bolt-on stern extension!

Just recently I heard from Dudley Dix that she has, for a very long time, been languishing in a garden only about 5 miles from where he lives in Virginia Beach, Virginia USA.

“The well-meaning owner was restoring her, but advancing age brought that to a halt. Instigated by Ian Knipe and Bruce Tedder, we tried to get her back to South Africa for the completion of her restoration, but were unsuccessful” said Dix.

“I continued to try to find someone to take over her custodianship here in USA and eventually got agreement from Wooden Boat magazine to carry a one-page article about her plight. We were successful and she now has a new owner, from South Carolina. I hope that this will get her back into restoration mode then onto the water again. She is such a beautiful boat with good history and lineage that I didn’t want to see her end up in pieces in a breaker’s yard” he said.

Let’s hope that her new owner completes the restoration timeously, and that ‘Stormy’ will wet her bottom again! 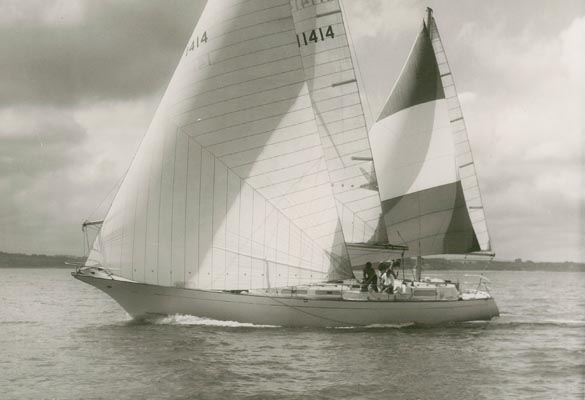